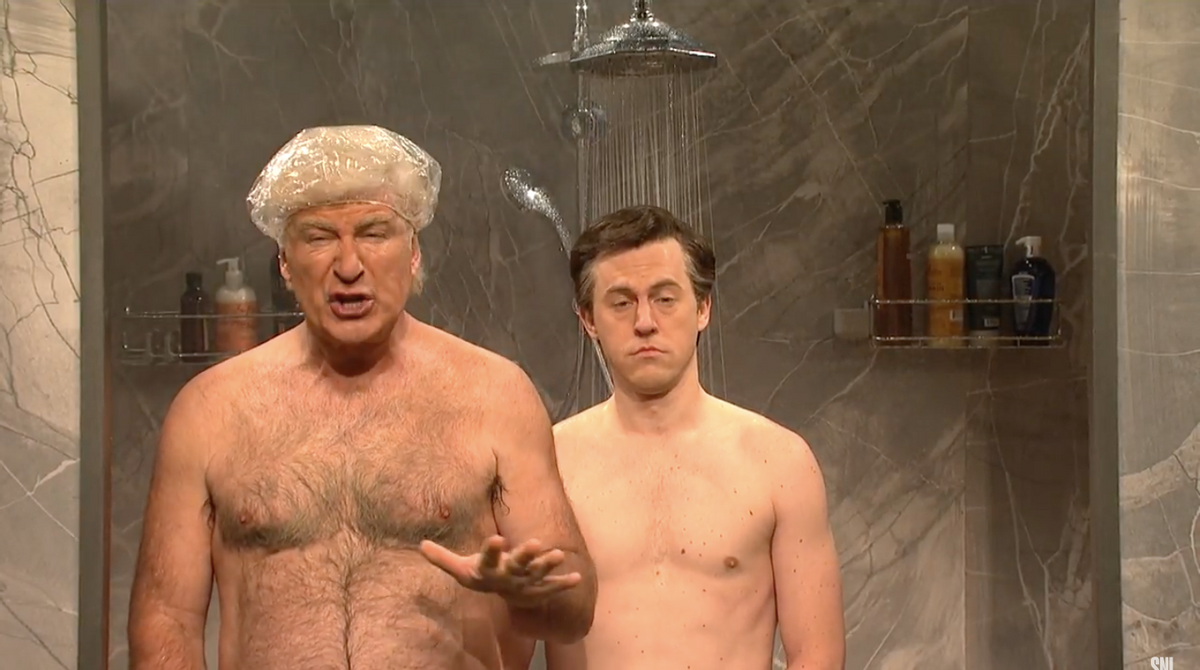 After a two-week hiatus, “Saturday Night Live” returned Saturday with an opening skit that will make your skin crawl. Alec Baldwin reprised his role as President Donald Trump, while Alex Moffat played dead-man-walking Paul Manafort. The two ended up in the shower together, because Baldwin’s Trump had to “make sure [Manafort wasn’t] wearing a wire.”

“God, you’re screwed,” Baldwin' Trump told Moffat's Manafort. “You’re so, so screwed. It’s a shame you’re going to prison. Because I was about to give you a huge tax break. According to my tax plan, cut cut cut. Because it was named while I was having a small stroke. Speaking of cuts, do you have a good shiv you can bring with you to prison, Paul? Because after the stuff I’ve said about certain ethnic groups, they are really going to go to town on you in prison.”

Baldwin's Trump explained that he had to make certain he wasn’t wearing a wire. “I would never do that with you,” Moffat's Manafort said.

Baldwin replied: “That’s what she said. Like, a whole bunch of she’s have said that. Speaking of which, what an idiot that Harvey Weinstein is. He could have gotten away with all of it, if only he’d gotten himself elected president.”

In addition to Baldwin and Moffat, Beck Bennett appeared in the cold open as Mike Pence, wearing a full suit in the shower because he’s “not married to the water.” And Kate McKinnon came in as her Jeff Sessions character. She was wearing a striped bathing suit because Sessions will have to get use to the typical prison garb.