Trump's first leg of Asia trip includes a round of golf, hamburgers and baseball hats 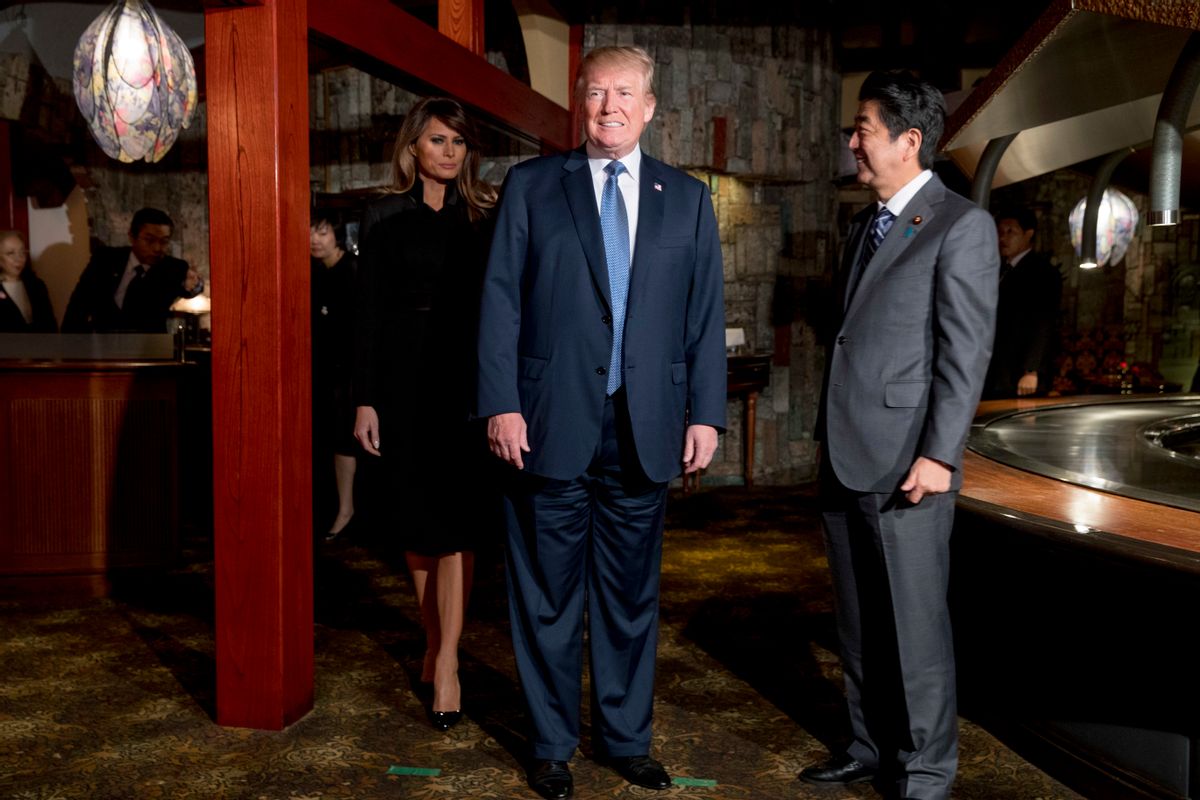 President Donald Trump kicked off his 13-day Asia tour Saturday, arriving in Japan after a brief stop in Hawaii. Trump's first event Sunday was a speech at a joint U.S.-Japanese air base near Tokyo, where he told the "brave warriors" they are "the greatest threat to tyrants and dictators who seek to prey on the innocent."

“No one — no dictator, no regime and no nation — should underestimate, ever, American resolve,” Trump said, rocking his favorite leather bomber jacket as he addressed the soldiers. “You are the greatest threat to tyrants and dictators who seek to prey on the innocent.”

Trump later boasted of his friendly relationship Japanese Prime Minister Shinzo Abe, after the two got to play golf Sunday afternoon with at Kasumigaseki Country Club. They also had hamburgers together before signing hats that read, "Donald and Shinzo, Make Alliance Even Greater."

“The relationship is really extraordinary. We like each other and our countries like each other,” Trump said. “And I don’t think we’ve ever been closer to Japan than we are right now.”

According to Mireya Sollis, the chair of Japan Studies at the Brookings Center for East Asia Policy Studies, the rapport between the two world leaders is vital.

“From the point of view of Abe administration, the personal chemistry that exists between the two leaders is seen as an asset,” she said, adding that the Japanese believe it is already “seeing it pay off,” including when Trump agreed to meet with the families of Japanese citizens kidnapped by the North Korean regime, an important issue for Tokyo, the Association Press reported.

Trump's next two destinations – South Korea and China – will likely pose a bigger challenge for the president, as he will have to discuss two difficult issues, North Korea and trade.