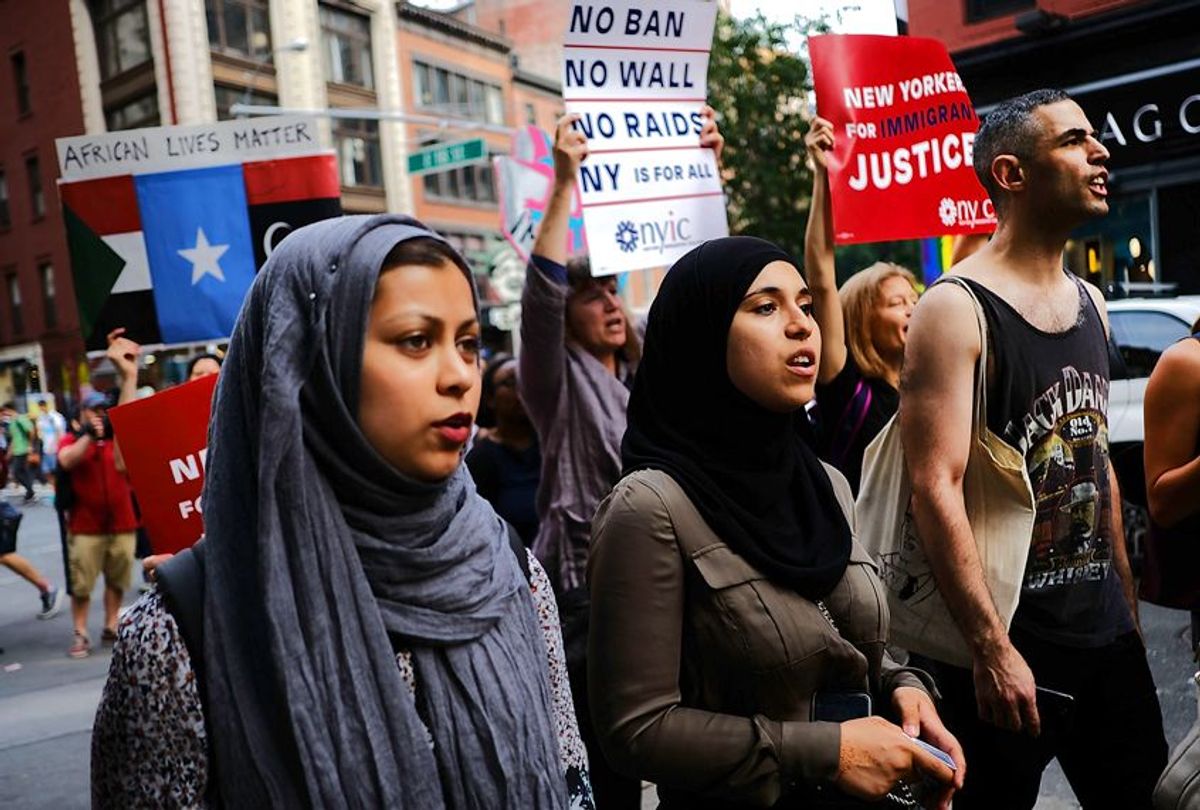 The rise of right wing nationalism comes with a massive side dose of bad faith arguments. So argues Sasha Polakow-Suransky, the author of “Go Back to Where You Came From: The Backlash Against Immigration and the Fate of Western Democracy," which examines the explosion of far-right anti-immigration politics in both Europe and the United States.

People like Donald Trump and Marine Le Pen are reactionaries, Polakow-Suransky told me on "Salon Talks," but they like to hide behind liberal values like equality and secularism when launching attacks on Muslim immigrants.

“What these parties are doing, especially in France and Holland, is they’re telling gays, they’re telling feminists, and they’re telling Jews even, ‘We are the only ones who will protect you,” he said. “The threat all of you face is from Islam and Muslims and we’re the only party that can stand up to that.’”

These politicians want voters to believe they’re not neo-Nazis and skinheads, he continued, but in reality, they’re “weaponizing secularism to target a specific group.”

Polakow-Suransky, who is an Open Society Foundations fellow and has held previous positions as an op-ed editor at the New York Times and as a senior editor at Foreign Affairs, says he sees similarity in how “our president reacts to a horrible terrorist attack,” such as the murders in New York City on Halloween, and other crimes.

“You see a real gulf between the reactions to any crime perpetrated by an Islamic extremist and crimes committed by white nationalists or other groups,” Polakow-Suransky said. “I think that shows they’re targeting a specific group rather than talking about universal values that we all share.”