Tax havens of the rich and famous: Bono, Queen Elizabeth revealed in docs 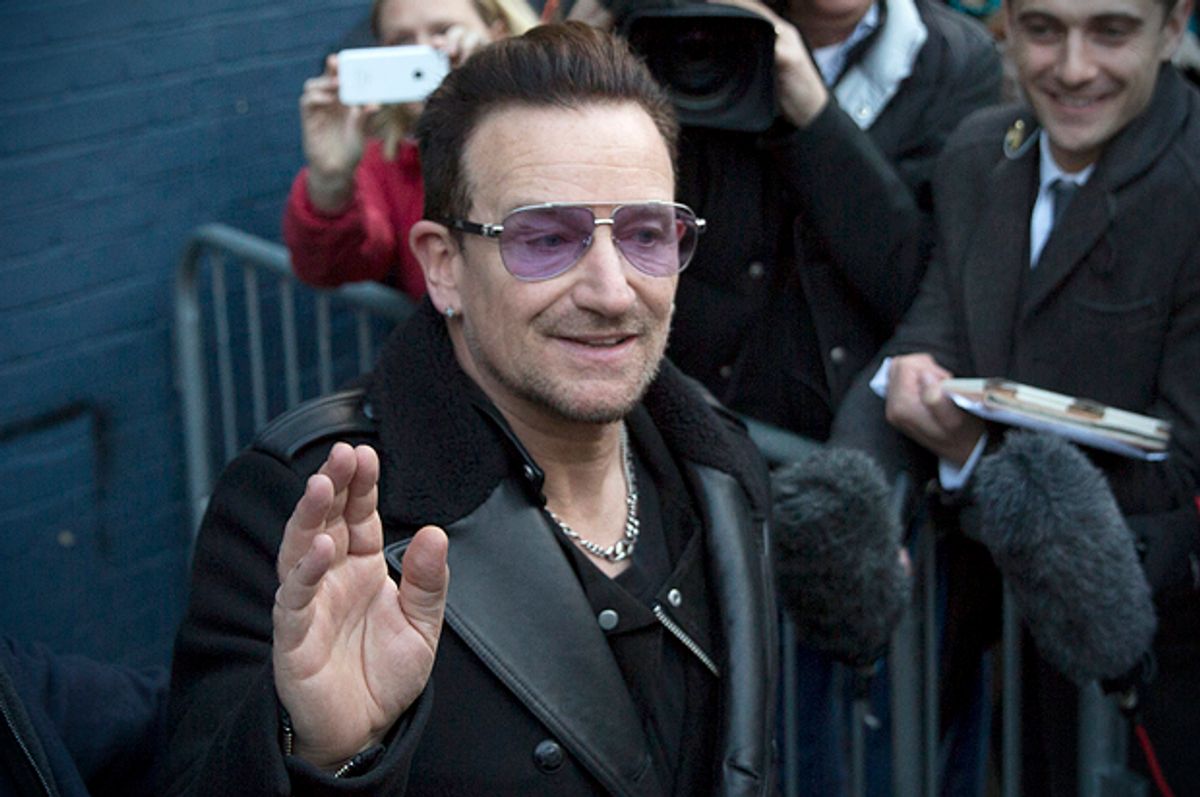 A massive leak from a Bermudan law firm has revealed how several of the world's wealthiest companies and individuals have been taking advantage of complex, multinational schemes to avoid paying taxes on their income.

The document and emails, which number more than 13 million, according to several news organizations granted access to them, have also demonstrated the financial reach of two Russian investment funds which are closely linked to the government of the country's president, Vladimir Putin.

Among the individuals mentioned in the documents are singers Bono and Madonna, Queen Elizabeth II of the United Kingdom and Commerce Secretary Wilbur Ross. Several prominent companies are named as well, including Apple, Nike and Uber. All of them, via their investment advisers, utilized various series of shell corporations and multiple companies to structure their investments so that income they earned in high-tax nations would be redirected to low-tax ones. It is unclear to what degree the individuals and heads of the various firms were aware of the often elaborate tax avoidance mechanisms that were in use.

In the documents, Ross was listed as an investor in a shipping company which does significant business with a Russian gas company. He failed to disclose this interest in paperwork he filed with the U.S. government as part of his nomination process.

According to the ICIJ research, Madonna is a stockholder in a "medical supply company in Bermuda" while Bono, the frontman of the Irish band U2, was an investor in a Maltese corporation which was set up to redirect profits from a shopping center in Lithuania.

The vast majority of the released materials came from Appleby, a law firm headquartered in Bermuda but with offices in a number of "tax haven" nations across the world, including Aruba, Bahamas, Barbados, Malta and the Cayman Islands. Research done by the British newspaper The Guardian indicates that a plurality of Appleby's customers come from the United States.

Most of the shell companies that were set up were in Bermuda, the Cayman Islands and the British Virgin Islands. The Isle of Man was also a popular tax haven headquarters, according to The Guardian. No companies or individuals have been accused of any legal wrongdoing as of this writing.

Termed the "Paradise Papers," the leaked documents have been compared to another cache of stolen files dubbed the "Panama Papers," since they were taken from a Panamanian law firm.

It's unknown who took either set of documents originally, but the reporters who received them both work at the German newspaper, Süddeutsche Zeitung. They have partnered with the International Consortium of Investigative Journalists, which has given access to the files to news organizations in over 67 countries.

The continued widespread use of offshore investment banking and its toleration by larger economies is "deepening wealth inequality," Brooke Harrington, a Danish wealth manager and business school professor told the Canadian Broadcasting Company.

"There is this small group of people who are not equally subject to the laws as the rest of us, and that's on purpose," she added.

Democrats in the United States are using the release of the Paradise papers to call for a slow-down in the Republican effort to rewrite the American tax code.

"With House Republicans in charge, powerful tax dodgers know they are in paradise. These reports raise questions about a number of Trump allies, his billionaire buddies, and multinational corporations worldwide that have so much to gain from this Republican tax bill," Rep. Lloyd Doggett of Texas said. "Consideration of the Republican tax plan to reward tax dodgers and incentivize outsourcing of more American jobs abroad should be postponed until a thorough examination of these documents has occurred."