Syria is joining the Paris Agreement, leaving the U.S. alone in rejecting it

The U.S. is now the only nation on Earth that has refused to sign the climate action agreement 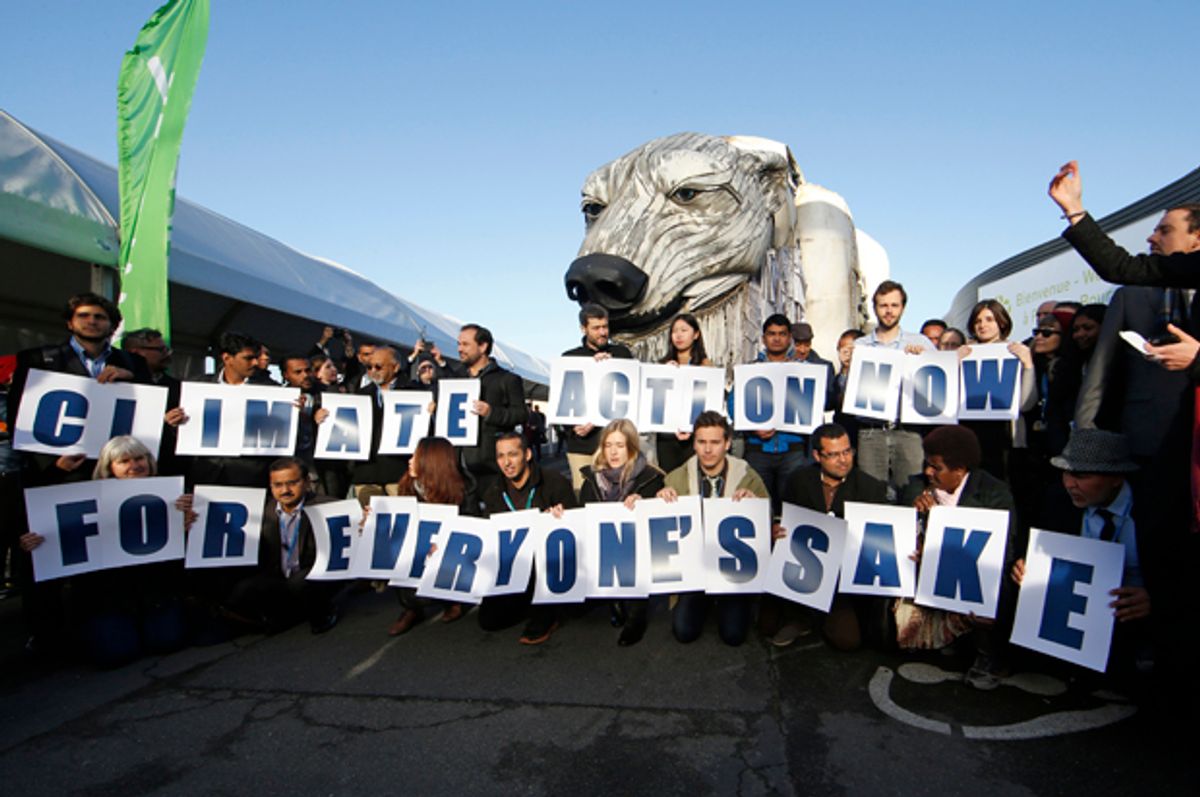 During the COP23 climate conference in Bonn, Germany, delegates from Syria’s government announced it will sign the Paris climate accord. That leaves the United States as the only nation on earth to refuse climate action. President Trump announced in June that the U.S. would leave the agreement as soon as it is legally allowed to do so.

That fact is so shocking it’s worth repeating: The United States is now the only nation on Earth not on board with working together to solve climate change. Even rogue regimes like Syria and North Korea have taken time out from plotting mass murder to acknowledge the need to reduce greenhouse gas emissions.

The United States, which originally helped craft the Paris Agreementunder President Obama, has historically contributed the most to the problem of climate change. A recent independent analysis of current and pending climate policy placed it as one of the few countries “critically insufficient” to keep warming to safe levels — putting the world further off course and risking lives worldwide.

There are still signs of hope, however: A delegation representing hundreds of American mayors, university presidents, and business leaders have traveled to Bonn to reassure world leaders that at the local level, climate action in the United States is still full speed ahead.