"The Daily Show with Trevor Noah," A year into trumpland

Salon talks to "Daily Show" head writer Zhubin Parang, about what a long, strange trip it's been for late night 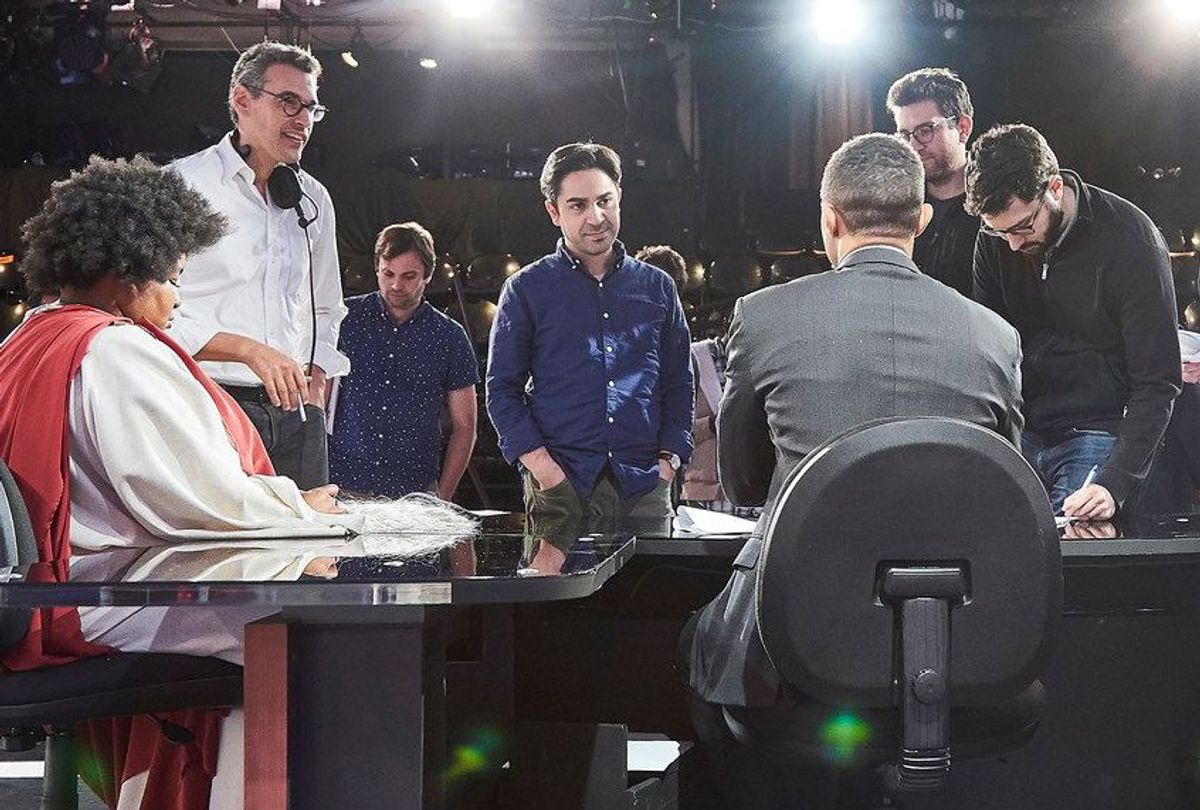 Predicting how the world will look at the end of the day is dicey in the era of Donald Trump, but a betting person might feel safe to wager that Wednesday night’s “The Daily Show with Trevor Noah” will open on an upbeat note.

Progressives are celebrating significant wins at the local and state level around the country, including Virginia. The headlines are dominated by declarations of how these victories give liberals a reason for hope.

A year ago, the election day telecast of “The Daily Show” on Comedy Central felt very different to viewers as well as the people who make it. In a February interview with Salon executive producer Steve Bodow described the feeling as “hallucinatory.” But to hear the show’s head writer Zhubin Parang describe the days, week and months that followed, our experience has morphed into something more akin to being on speed.

“The way we have thought about it recently is that we have had to think of Trump as being a fire hydrant that has busted open on the street,” Parang told Salon in a recent phone conversation. “Initially that was a huge thing and everybody in the street was freaking out and like, ‘Oh my god this fire hydrant is blasting water everywhere.’ But it feels the fire hydrant has been going off two, three years now.”

Year 1 of Trumpland has coincided with the second year of Parang’s tenure leading “The Daily Show” writers room. In that time the series found a way to balance hard-hitting satire with a sense of playfulness. As a Persian man raised in Knoxville, Tennessee, Parang feels the impact of executive orders and bans more than many, and certainly in a way most comedy writers — a fraternity dominated by white men of European descent — would not.

“It's especially bad because the way [Trump] talks about Iran and Iranians. As someone who has family over there, he's talking about my aunts and my grandparents and cousins being these supposed terrorists and sponsors of evil,” Parang said. “And it's especially frustrating because the things he says about Iran are actually true about Saudi Arabia. They're violently repressive, they're cruel to women . . . but because they invite him over to sword dance and touch an orb, I guess that's okay.”

At the same time, Parang says he’s careful to separate his personal feelings from writing the show’s material. “We're not looking just to make lengthy rants about why Trump’s foreign policy should seek rapprochement with Iran. I’m trying to articulate Trevor’s voice about particular issues, and so to the extent that I have personal feelings about something, I can't really just express them in anger and frustration, I have to turn that into comedy.”

He added, “I'm very lucky that Trevor also has a very internationalist perspective of the world. Because we share a lot of the same opinions on the inherent goodness of people, and their failure in their leadership to come to peace, instead of this view that Trump has that there are certain people that are just evil and have to be addressed with through force and there can't be any negotiation.”

As grueling as the past year has felt to the average bystander bracing herself from the impact of the Petulant Pumpkin’s next hyperbolic tweet, it’s also been an extraordinary time for Parang to be the head writer for a version of “The Daily Show.”

The series boasts a more diverse group of correspondents than it had in previous years, and their blend of perspectives has led to hilarious and cathartic field pieces, including Ronny Chieng’s takedown of Fox’s Jesse Watters’ racist street report from New York’s Chinatown, Hasan Minhaj’s honest distillation of the experience of being a Muslim in today’s America, and scathing insights into the struggles African Americans face from Roy Wood Jr. and newcomer Dulce Sloan.

During that time Noah also has come into his own largely due to his familiarity with men like Trump. “Trevor has a unique perspective on him because Trevor has seen Donald Trumps before,” Parang said, citing a segment in which Noah pointed out the many similarities Trump shares with African dictators.

“Because Trevor has grown up around countries that have flamboyant showman dictators, who constantly use divisiveness and elite hostility to keep power and be corrupt in power, Trevor is used to living in that world.” Parang explained. “And that didn't quite make sense during the Obama era when the president was the embodiment of American multiculturalism and intelligence.”

When Trump assumed office, Parang added, “it felt like the United States was suddenly regressing to the global mean in the maturity of its democracy. And to have Trevor there to not be constantly shocked was a huge comfort to me, because it felt like, ‘okay, this will be okay.’ I've got this guy every day sitting on the couch with me who can tell me that South Africa went through the exact same thing.”

Not long after Noah took over in 2015 critics and a number of viewers seemed all too ready to write him off.  Now, the channels press department keeps having to recycle releases headlines boasting of the series recording its most-watched month ever. The latest is dated August 31, when the show became the #1 nightly talk show among millennials, surging past “The Tonight Show Starring Jimmy Fallon” among Adults 18-34. Two weeks later, Comedy Central extended Noah’s contract through 2022.

Mind you, he still has a way to go to win back Jon Stewart loyalists who may have migrated to series helmed by “Daily” alumni — namely Noah’s nightly competitor Stephen Colbert on CBS’s the late show, or weekly series such as “Full Frontal with Samantha Bee” or “Last Week Tonight with Jon Oliver.” Even so, Noah’s rep for skewering Trump has not gone unnoticed.

Parang doesn’t view Bee, Oliver and Colbert as competitors, however. “We love all our sister shows and we're very glad that they're there, Parang said. “The challenges we have as a daily show require a different format than their challenges as a weekly show. And there's a blessing and curse for both of us. On our side,  it is unfortunate that we generally don't have the time to sit down and think through larger pieces. We still do them when we can, but by and large we're not able to do that as often as the weekly shows do.

“On the other hand,” he continued, “we are able to react to a much more wider range of issues, and we are able to be the first ones there to give our comments on the news, to be able to make fun of something. And I think that's something that the weekly shows don't get to do. By the time it comes around to Wednesday or Sunday, the conversations already moved on so fast. The cycle is so fast the conversation's already moved on.”

Asked about his hopes for the next 365 days, Parang laughed before taking a deep breath.

“I'm not one of those people who's okay with bad things happening to the United States if it means that the comedy is good,” he said. “So when I think about where the country is headed, I would rather trade in an easier joke for a government that is responsive to its citizens needs and is active in caring for them.”

Until that time comes he and Noah, and “The Daily Show” writers and correspondents, intend to  continue their mandate be what Parang referred to as “good catharsis.”

We’re going to need all the help we can get to make it through Year 2.