Yes, it was a referendum on Trump: Reason for hope, a year after the catastrophe

After Tuesday's Democratic sweep, can anyone doubt the Republican brand is tarnished? More payback is coming 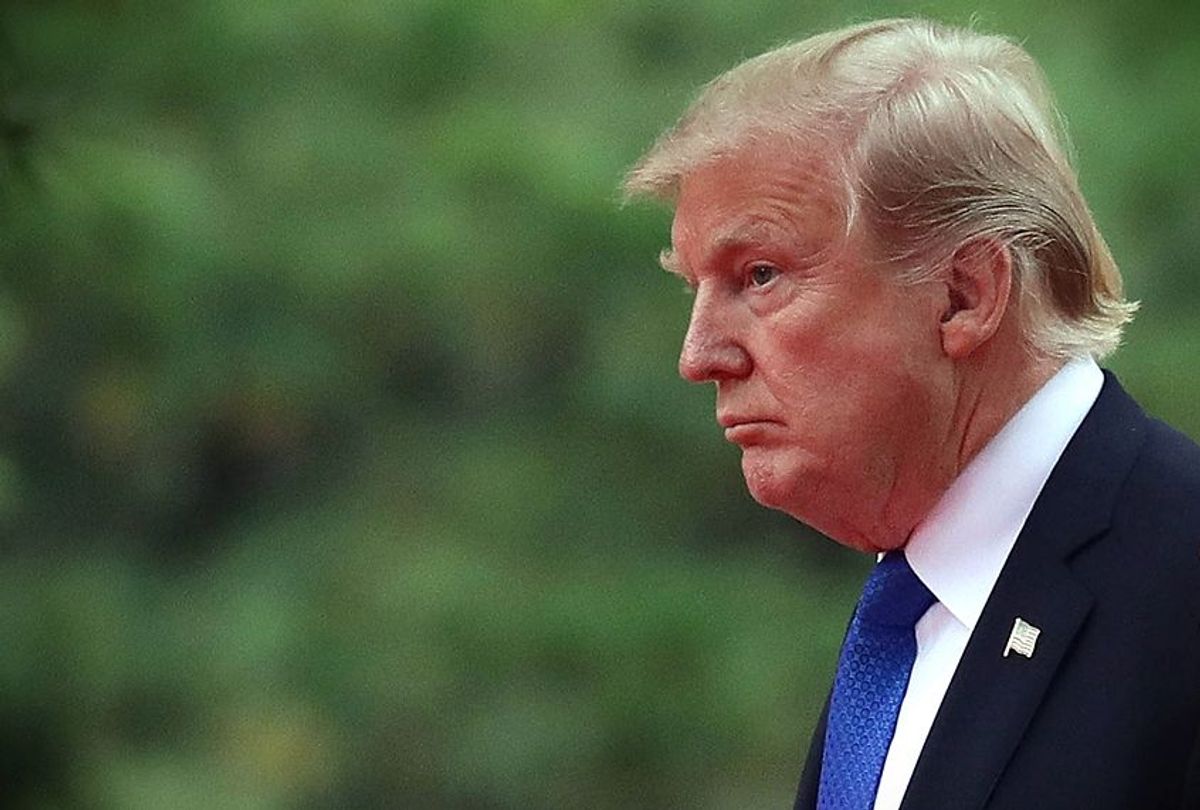 Last year on the day after the election, I had stayed up all night, numb and in a bit of a stupor, rewriting my column for Salon about the unexpected results, trying to find some way to explain the inexplicable. It wasn't my best work, but I stand behind my analysis of what happened as a backlash among conservative white people who told pollsters that they felt the United States "had lost its identity" and they were "under attack." The funny thing is that for some reason nobody believed them, and all the analysts and pundits insisted that they were actually upset about their economic status.

Donald Trump understood them, though. He called them "the forgotten people" and said he was "their voice." He made them a grand promise:

That was music to their ears but sounded like the shocking words of a narcissistic demagogue to everyone else. It seemed unthinkable that this person could actually become president. And then he won.

I think for a lot of us that day will be etched in our memories the same way we recall where we were when we found out about 9/11 or, for an older generation, when we heard about the assassination of John F. Kennedy. It was, in short, a national trauma for millions of people. Frankly, every day since has triggered the same feeling of alarm and disbelief, whether from President Trump's obnoxious tweets, his casual corruption or his enduring ignorance. It's not getting any better.

But despite the fact that Trump is certainly not growing in the job, and, if anything, is becoming more authoritarian by the day, there has been a sense recently that people are psychologically adjusting to the loss of the rules and processes by which we have traditionally tried to govern ourselves.

Michelle Goldberg of the New York Times captured the feeling well in her column on Tuesday called "The Anniversary of the Apocalypse," where she laid out a frightening record of the degraded norms that have piled one on top of the other over the past year until if feels as though the "American carnage" Trump talked about in his dystopian inaugural address has become reality. Her piece concluded this way:

In moments of optimism I think that this is just a hideous interregnum, and that in a brighter future we’ll watch prestige dramas about the time we almost lost America while members of the current regime grow old in prison. But in my head I hear the song that closed out Trump rallies like a satanic taunt or an epitaph for democracy: “You can’t always get what you want.”

I don't know for a fact that we have a brighter future, or if today is just a brief moment of sunshine before the clouds gather again, but Tuesday night's election results from around the country offered a reason to hope. The Democrats swept, and they did it at all levels, from mayoral races to county executives to state houses and governorships, from the East Coast to the West. In the hotly contested Virginia governor's race, Democratic Lt. Gov. Ralph Northam won by nine points, a feat that hasn't been accomplished by a Democratic candidate for that office in over 30 years, and a much larger margin than anybody expected.

It's going to take a few days to thoroughly digest the numbers and figure out exactly who voted and why. A thorough analysis of what happened will surely be helpful to Democrats running for office in 2018. But there are experts in Virginia politics who have a very good idea of what happened there, and it's not complicated:

It's fair to assume that this was the most salient "issue" driving Democratic wins across the country as well. It isn't anything an election observer wouldn't expect. Off-year and midterm elections are almost always referendums on the president and his party. This president is the most unpopular president, at this point in his term, of any president in history. He lost the popular vote in 2016 by nearly 3 million votes and has spent his first year in office stoking the resentments of his base with the same cultural and racial divisiveness that brought him into power.

Trump has never made the slightest attempt to bring the country together or to behave as if he has any responsibility to represent anyone but the slice of the American electorate who voted for him. Rural white conservatives aren't the only ones who can create a backlash, and Trump seems to have created a doozy of one, comprising pretty much everyone else.

One might have assumed that no matter how unpopular Trump is, voters would not necessarily hold him against other Republicans running for office. But the GOP has shown itself to be invertebrate in the face of Trump. With a few rare exceptions -- notably a few senators who are leaving political life soon -- officials have either laughed off his ignorance, ignored his unfitness or actively joined him in order to enact their unpopular agenda through sheer partisan power. The Republican Party is the party of Donald Trump now, and may well reap the whirlwind.

I concluded my piece a year ago with this:

I've been writing about Donald Trump nonstop for the past 17 months. I thought I had written my last words about him yesterday. But it looks like I've got another four years to go. I suspect there is going to be a lot to write about. He is a unique figure, a media creation and the product of an ossified party, a rising movement and a polarized country that has been swinging wildly between two incompatible visions of America. Yesterday we went careening off into uncharted territory. It's going to be a bumpy ride.

A year later, I've written tens of thousands of words about our president and the ride has been far crazier than I ever could have predicted. Last night the Resistance put its foot on the brake and showed that it has the strength to slow this Trump train down. If we manage to get to next November without a major catastrophe, there might be hope for this country yet.