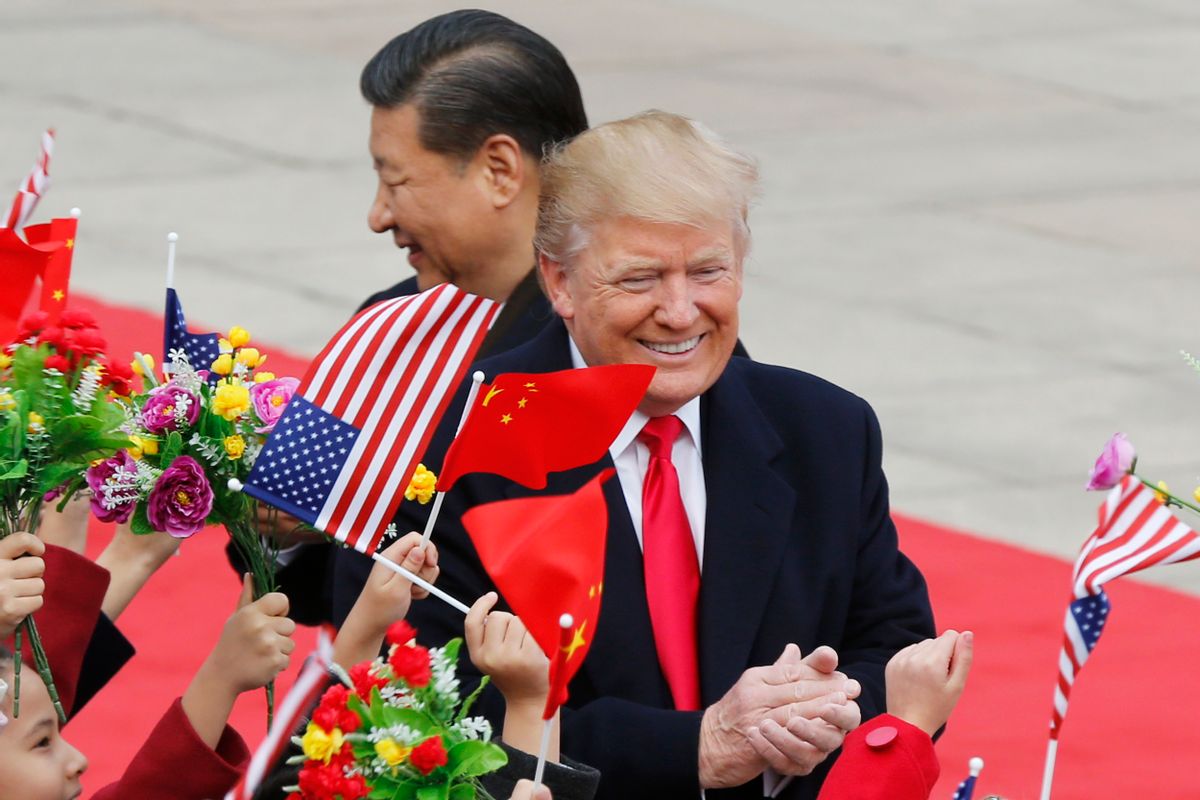 President Donald Trump has received a greater reception in Asia than he has in Washington, D.C.

Japan, South Korea and China all welcomed the first-year president with open arms, dawning him with praise and hosting celebrations in his honor. The Associated Press reported that Trump has attended military parades and extravagant dinners, and is apparently relishing the pageantry.

“The hosting of the military parade this morning was magnificent. And the world was watching,” Trump said about China's tribute. “I already had people calling from all parts of the world,” he added. “They were watching. Nothing you can see is so beautiful.”

The over-the-top flattery appears to be a calculated play by Asian leaders, who undoubtedly know that Trump appreciates admiration.

“They are not ignorant that this is a president who is particularly responsive to flattery,” Lindsey Ford of the Asia Society Policy Institute told AP.

All of the leaders on this Asian tour have said good-natured things about Trump.

“When you play golf with someone not just once, but for two times, the person must be your favorite guy,” Japanese Prime Minister Shinzo Abe said.

“I believe it has not been one year yet, your time in office,” South Korean President Moon Jae-in said. “But you are already making great progress on making America great again, as you have promised on the campaign trail.”

All the wooing seems to be working. Trump has been far friendlier and sympathetic to the countries he has visited, despite railing against their trade practices during the presidential campaign. Trump has spoken highly of his counterparts and has forgiven them for any perceived unfair disadvantages in trade relations.

"I don’t blame China," Trump said. "After all, who can blame a country for being able to take advantage of another country for the benefit of its citizens? I give China great credit."

The reversal suggests that Trump has allowed the flattery to go to his head. Trump has sacrificed ground on many issues in Asia, including holding a joint press conference in China with Xi. American presidents in the past have insisted on taking questions from journalists, an overture that shows democracy's principles on freedom of the press. But Trump instantly caved to Xi's request not to do the presser.

It's as if Trump has forgotten that he represents the interests of the U.S. Trump enjoyed elegant dinners when he was a businessman trying to expand his real estate empire. Even though Trump now represents the entire U.S., he still acts as if he is the only person who has a stake in his dealings.