Maria will fundamentally change US policy toward Puerto Rico 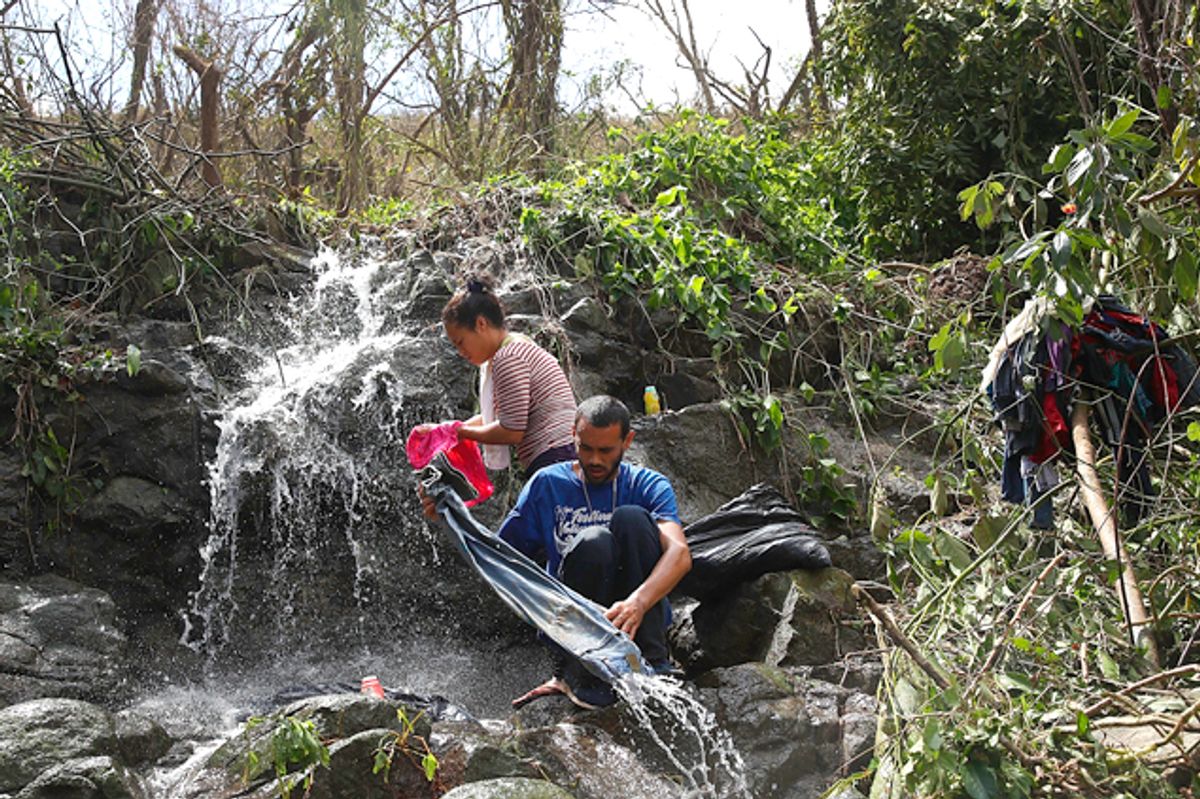 San Felipe II in 1928 and San Ciprían in 1932 triggered political and economic changes in America’s largest colony that endured for generations. However, Puerto Rico remains an unincorporated territorial possession of the United States, subject to the plenary powers of Congress. The Puerto Rican government exercises only those powers that the Congress allows. In other words, it is still a colony.

As a political economist who has studied Puerto Rican political and economic change, I believe Hurricane Maria could be another watershed moment that redefines U.S. treatment of Puerto Rico.

Three decades of U.S. colonial rule had transformed Puerto Rico into a vast sugar plantation controlled by absentee corporations and a prized military base for protecting the Panama Canal. A classic study of Puerto Rico noted that “thousands are undernourished, or actually starving, while the products of the Island bring more than $100 million a year. Disease is present everywhere.”

Luis Muñoz Marín, arguably one of Puerto Rico’s most famous political figures, wrote that Puerto Rico had been converted into a “land of beggars and millionaires … It is Uncle Sam’s second largest sweat-shop.”

Puerto Ricans wanted to reform the colonial system that was responsible for these woes. In April 1928, Félix Córdoba Dávila, Puerto Rico’s resident commissioner in Washington at the time, complained that Puerto Ricans “are not asking for charity, but for rights.”

The War Department reported that on Sept. 13, 1928, Puerto Rico “was struck by the most devastating hurricane in its history, and the results of years of private and public enterprise were obliterated in a few hours.”

San Felipe II killed 312 people. It left a half a million Puerto Ricans homeless and destitute, almost one-third of the island’s population. Property damage, estimated at US$85 million — about $1.57 billion in 2017 dollars — was unprecedented. According to the Red Cross, no sector of the economy was “left in a worse plight” than the coffee farms. Plantations lost almost their entire crop, and Puerto Rico never regained its prominence as a coffee exporter.

President Calvin Coolidge’s call for Americans to contribute to the American Red Cross generated $3.1 million in donations. The War Department dispersed more than $500,000 worth of supplies and reassigned Army officers, including medical staff, to Puerto Rico. Congress established the Puerto Rican Hurricane Relief Commission in 1928 with $8,150,000 to provide loans for rehabilitating coffee plantations, reconstruction and jobs. U.S. authorities reported that Puerto Ricans were “undismayed and undiscouraged,” and as “bending every effort to create from the ruins a greater Puerto Rico.”

It left 225 dead and caused $35 million damage (about $644 million in 2017). The Red Cross director reported: “The acute and intense hurricane surpasses anything he has seen in his career.” San Ciprían intensified the misery that afflicted Puerto Rico. The majority of Puerto Ricans lived a precarious existence. They lacked reserves to survive the ravages of any hurricane for long.

The Army, private relief organizations, Red Cross, colonial administration and federal government took action to prevent a humanitarian catastrophe. In August 1933, President Franklin Roosevelt created the Puerto Rican Emergency Relief Administration and charged it with providing “relief for the destitute unemployed of the island.” The agency’s director acknowledged the desperate need for aid, but noted that it should be temporary. Puerto Ricans, he wrote, “were an industrious people with a real desire to work and distinct aversion to charity and relief.”

The creation of the Puerto Rican Emergency Relief Administration was an important change in U.S. colonial policy. The scale and severity of Puerto Rico’s humanitarian crisis was beyond the capacity of the charity-focused, volunteer approach of the Red Cross and other organizations. A federal agency had stepped in.

Although the agency saved lives, it was not well-funded. Governor of Puerto Rico Blanton Winship complained in 1935 that “Puerto Rico continues to receive only a small portion of the funds to which the island is rightfully entitled.” These relief efforts did little to mitigate political discontent.

Calls for independence escalated. Puerto Ricans denounced the corrupt colonial administration that opposed the federal agency, blocked land reform and was solidly in the pocket of the absentee corporations. Labor strikes broke out throughout the island, and often turned violent. The colony was on the verge of collapse.

The two hurricanes were a wake-up call for federal authorities to the failures of colonialism. San Felipe II and San Ciprían set in motion a process of reform that culminated in the Commonwealth of Puerto Rico in 1952. The government of Puerto Rico was unofficially given autonomy to manage domestic affairs, including the economy.

Maria and the future of Puerto Rico

The magnitude of human loss that Hurricane Maria has inflicted is still unknown. As of this writing, the official number of Puerto Ricans killed by Maria stands at 51, but journalists have been investigating the accuracy of these figures. Moody’s Analytics estimated property damage at $55 billion, and projected a $40 billion loss in economic output.

But the physical devastation, upheaval and trauma inflicted on daily life in Puerto Rico add up to much more. San Juan Mayor Carmen Yulín Cruz went so far as to say that if not resolved, the situation could lead to “something close to a genocide.”

The Donald Trump administration’s response to the crisis reveals that Puerto Ricans are racialized as subordinate, despite their U.S. citizenship. Trump’s racially charged statements resurrected long dormant, degrading characterizations of Puerto Ricans as lacking the capacity and will to fend for themselves.

Maria has also exposed the crisis within Puerto Rico’s divided politics. The Statehood and Commonwealth parties have campaigned for decades on resolving Puerto Rico’s political status. Yet, both parties share responsibility for the island’s escalating debt, and neither has been able to stop Puerto Rico’s economic decline. The entrenched poverty, crisis in political leadership and the federal government’s continued treatment of Puerto Rico as “foreign to the United States in a domestic sense” have an uncanny resemblance to the situation in 1932.

A major difference, however, is that Puerto Rico does not figure as prominently in U.S. national security as it did before the collapse of the Soviet Union and demise of Cuba as a regional threat. This partially explains the federal government’s seemingly untroubled response to the unfolding crisis in Puerto Rico.

Another critical difference is that the Puerto Rican diaspora has emerged as a powerful, if unexpected, economic and political force. They have come to the aid of their island, and are actively lobbying against some of the most restrictive colonial policies — the Jones Act, PROMESA board and inequity in federal programs.

Puerto Ricans living across the U.S. are putting pressure on their local officials and the federal government for more assistance, and have organized a nationwide campaign to raise funding and collect donations for Puerto Rico. As a recent editorial in Puerto Rico’s leading newspaper put it, “the diaspora is key to the reconstruction of the country.” It may also be key in moving the federal government to finally resolve Puerto Rico’s political status.

Editor’s Note: This article has been corrected to state that Carmen Yulín Cruz is mayor of San Juan.