Dan Rather: NFL protests are as "American as apple pie"

The award-winning journalist says today's dissent can be tomorrow's wisdom 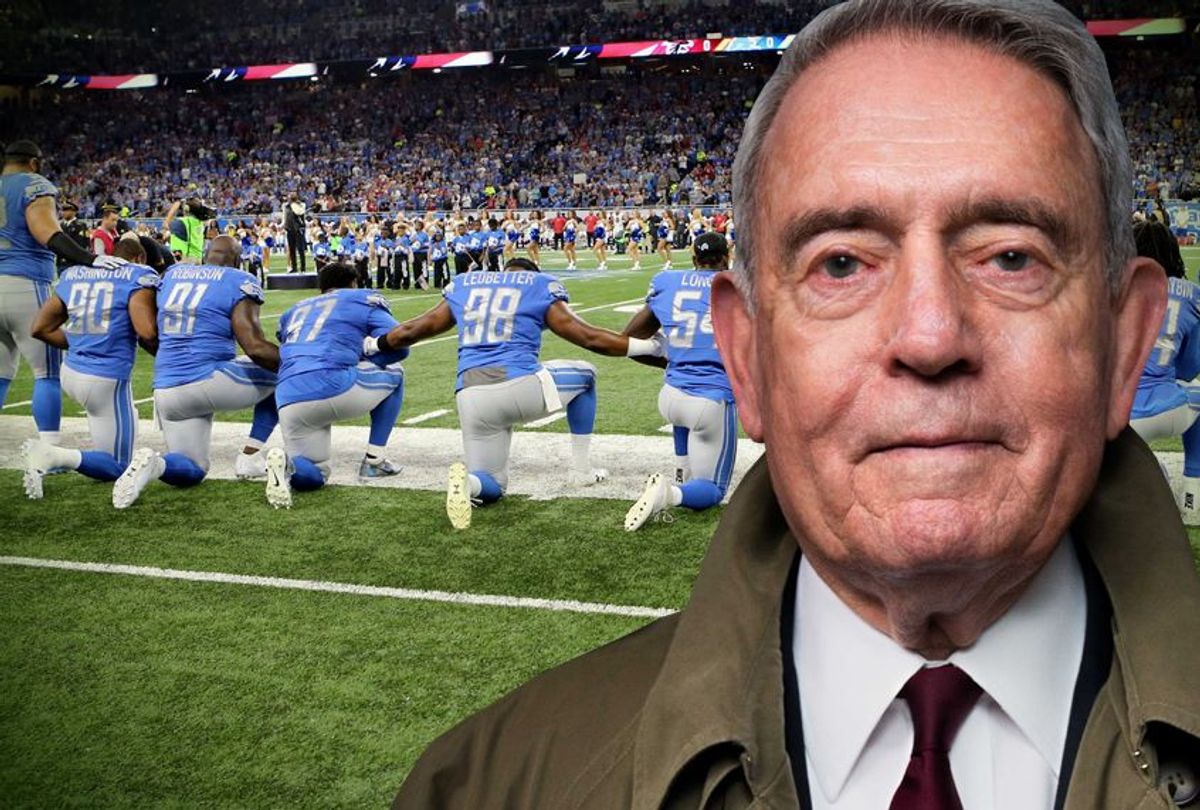 Dissent is as "American as apple pie," Dan Rather told Salon's Andrew O'Hehir on "Salon Talks."

As an award-winning journalist with over six decades of experience in the news business, Rather has covered his fair share of civil unrest and protest, Watergate and the Vietnam War, just to mention two. Even though there hasn't been a sports demonstration as sweeping nor as polarizing as the NFL protests happening during the national anthem today, Rather said of the players who kneel, "I can respect that."

He continued, "I have a great deal of respect for people of a different experience, who are saying 'I love the country, I support the country, but I feel conscious-driven to call attention to the fact that there remains a lot of racial injustice.'"

Rather, who has interviewed every president since Eisenhower, added that while he can understand that there are people who may conclude that anyone who doesn't stand for the anthem is unpatriotic, "I would suggest you take a deep breath, think about that a little bit, and listen to what those who are dissenting say," he said.

Dissent is an important part of American history, Rather underscored, and while it can often be "uncomfortable and unpopular," he said, "it does lead to improvement."

Watch the video above to find out what Rather does when he hears the national anthem play, and watch the full "Salon Talks" conversation on Facebook for more on Rather's thoughts on Trump, patriotism and the state of investigative journalism today.

Rather's book, "What Unites Us: Reflections on Patriotism," is out this week.