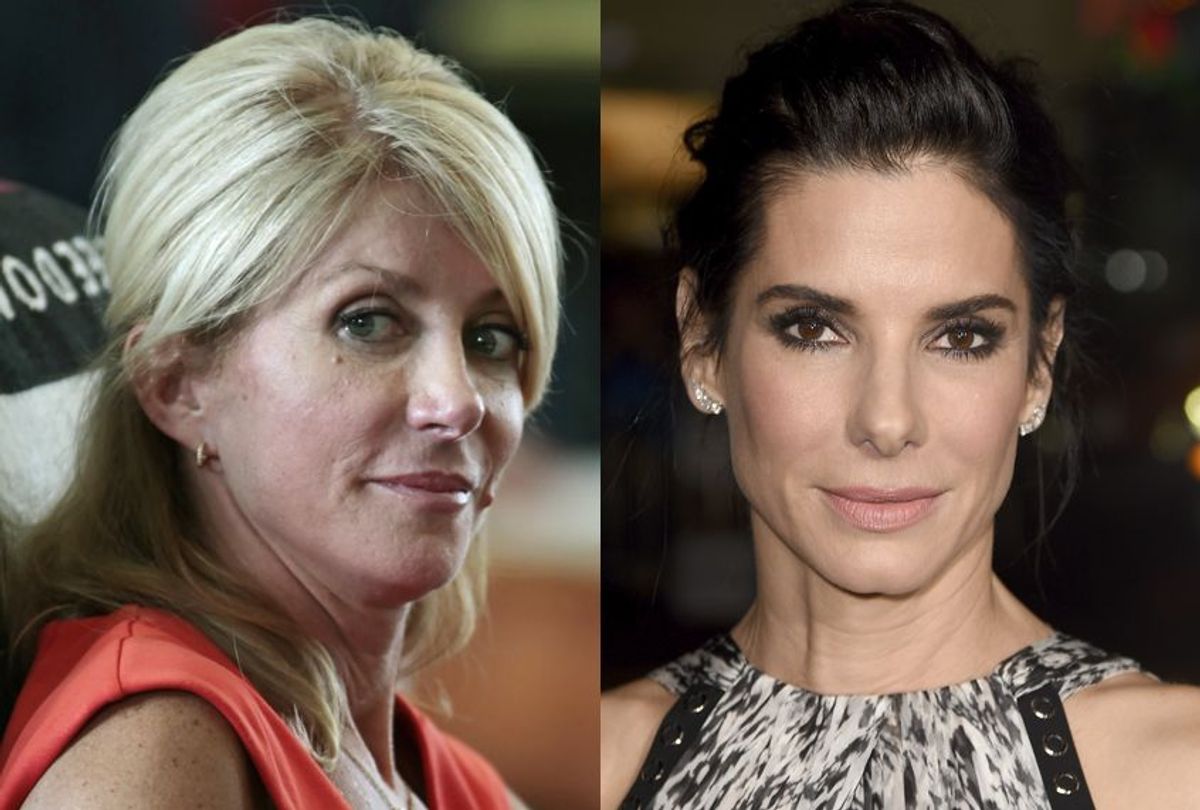 At a time when women's rights feel under constant attack by the current administration, the story of former Democratic Texas State Senator Wendy Davis seems all the more relevant and inspiring. So much so, that some in Hollywood are trying to turn her most notable legislative moment into a movie.

News arrived Thursday night that Sandra Bullock has signed on to play Davis in a movie based on a spec script titled "Let Her Speak," according to Variety. The film would depict June 25, 2013, the day Davis grabbed the national spotlight while staging a filibuster to block an anti-abortion bill moving through the Texas legislature.

Davis delayed the passage of the bill by holding the floor for around 12 hours and past the midnight end of the legislative session. The bill would have closed 37 of the 42 abortion clinics in the state and ban all abortions after 20 weeks. During her stand, Davis could not leave the room, eat, use the bathroom or stray from the topic at hand or else she would forfeit the filibuster.

While her filibuster was successful in the short term, the bill would eventually pass in another legislative session. "'Let Her Speak' covers that historic day and how a onetime teen mom who became a Harvard-trained lawyer showed the courage to change her own life, along with the lives of American women," Deadline reported.

Mario Correa wrote the script, while Todd Black and Jason Blumenthal will produce it through their Escape Artists banner. They are looking to secure a director and distributor in the coming weeks. Variety is already speculating that Bullock could be in award contention if the film makes it to the screen, considering that she's already won an Oscar for her role in another adaptation of a true story, "The Blind Side."

This isn't the first time Hollywood has attempted to tell Davis' story. In 2015, NBC announced that Davis was the inspiration for a new drama series they were developing based on her failed gubernatorial bid in 2014.

Although no longer a senator, Davis started the women's equality non-profit organization "Deeds Not Words." As well, in an op-ed for Teen Vogue Thursday, Davis appeared as engaged and impassioned as ever. Referring to President Donald Trump's term in office, she writes "We all knew it would be bad — but the reality of this presidential administration is far worse than I'd imagined could be possible." She adds, "As we've come upon the one-year anniversary of the most shocking and devastating presidential election in my lifetime, with the stakes for women higher than ever, I find myself hopeful, rather than hopeless."