Thanks to two stellar new songs, the compilation reveals the duo remain on a futuristic path 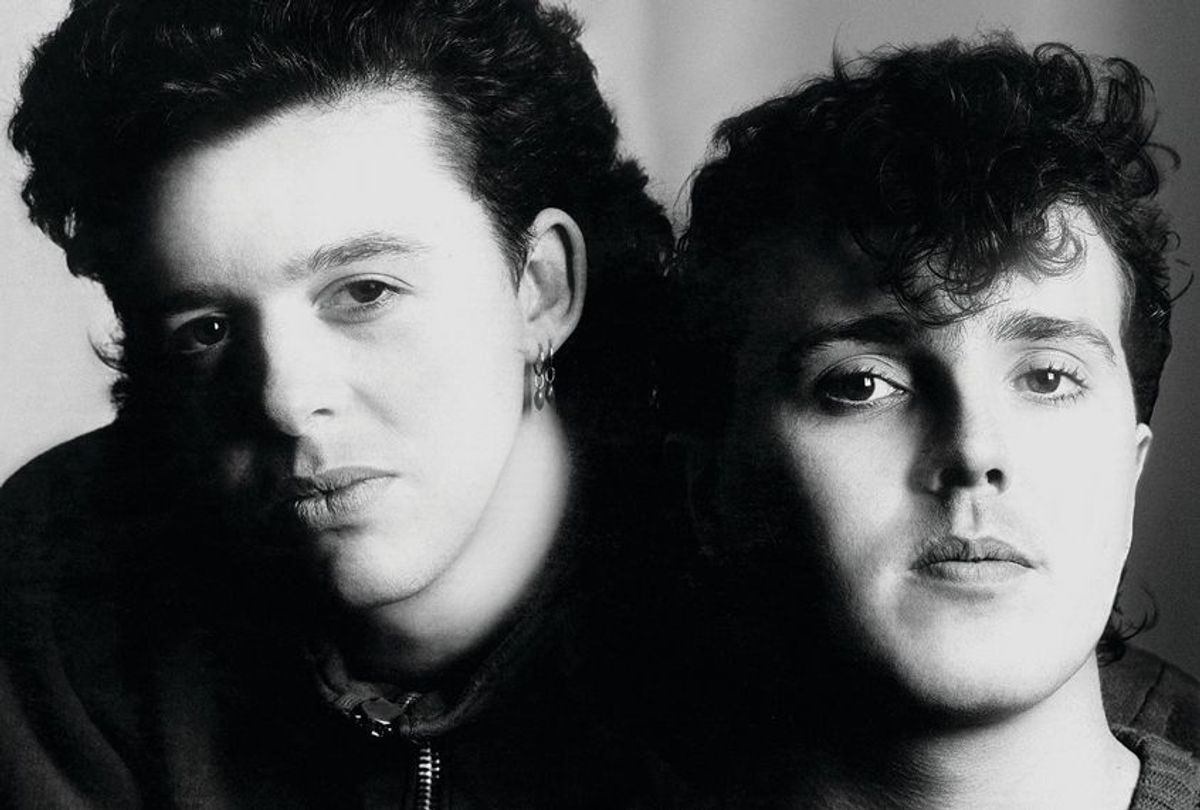 As the fourth quarter of the year gathers steam, record labels are padding year-end sales — and, let's be honest, making holiday shopping easier — by rolling out greatest hits albums. To date, Green Day, Pitbull, Five Finger Death Punch and Steve Miller have released or will be releasing hits collections. This week, Tears for Fears — the duo of Roland Orzabal and Curt Smith — join the retrospective fray with their own highlights collection, "Rule the World: Greatest Hits."

It might be tempting to skip over this one; after all, the band has myriad greatest hits compilations, all with similar track listings. But "Rule the World" is the rare compilation that makes familiar songs sound fresh, thanks to its smart sequencing.

The frosty sophisti-pop of "Advice for the Young at Heart" segues directly into "Head Over Heels," a monumental song with brittle strings and cascading piano chords, and then the stunning and ambitious "Woman in Chains." The funky holler "Mothers Talk" precedes the exuberant and timeless "Break It Down Again." Later in the album, the jazz-inflected torch song "I Believe" leads into the majestic title track of 1995's "Raoul and the Kings of Spain," Tears for Fears' most underrated record. On the latter, periods of glacial keyboards alternate with gnarled storms of electric guitars.

Because hits such as "Shout" and "Everybody Wants to Rule the World" remain radio staples, it's easy to take Tears for Fears for granted. But "Rule the World" is a striking reminder of the band's singular sound and approach. Tears for Fears' music reflects a mosaic of influences and eras, in large part because the band's identity is slippery. On some songs, they're a prog act that worships the Beatles; on others, they're new-wave bookworms. Occasionally, they're psych-pop perfectionists, while at times they're even electronic mad scientists. Perhaps more impressive, these approaches somehow all always work. Even Tears for Fears' very-'80s production (cavernous drums, arena-tweaked guitars, tinny keyboards) sounds massive, not bloated or indulgent.

But "Rule the World" isn't any sort of career-capper. If anything, this hits collection finds the Tears for Fears reintroducing themselves to the U.S. market. That might sound strange, but consider this: Although Tears for Fears have toured the States more consistently in recent years — including a co-headlining trek with Hall & Oates earlier this year — they haven't released a full-length since 2004's "Everybody Loves a Happy Ending." According to a mid-2016 press release, a new studio album is in the works, although the 2017 release date promised then seems unlikely.

But "Rule the World" does contain two brand-new Tears for Fears songs, and they're both excellent. "Stay" begins in a haze of intimate acoustic guitars, before incorporating a percolating underbelly with drip-coffee beats and keyboards the consistency of cotton candy. The conspiratorial synth confection "I Love You But I'm Lost" is even better; more concise and pop-oriented, the tune boasts a gigantic hook with brassy production.

The songs ache with the sort of longing many established bands simply can't capture (much less recapture), and exude emotional urgency. The latter quality is also missing in new music from veteran acts — and it's often the difference between pleasant (but unmemorable) songs and ones that merit repeated listens.

Prior to the release of these songs, Tears for Fears' last new studio music took the form of covers. For Record Store Day 2014, the band issued a 12-inch with covers of songs by a trio of well-regarded electro-leaning bands: Arcade Fire ("Ready to Start"), Animal Collective (the danceable "My Girls") and Hot Chip (a soulful "And I Was a Boy from School"). These covers are also inspired: "And I Was a Boy from School" echoes the tortured nostalgia of 1983's "The Hurting" LP, while "My Girls" is a positively weird explosion of splotchy electronic production, hypnotic vocal twinning and neon-hued effects.

That love of modern music bleeds into Tears for Fears' concerts. During this year's tour with Hall & Oates, the band put a decidedly contemporary spin on "Change" — adding modern digital lacquer in the form of slipshod synth grooves and beats, both of which served the song especially well on its grinding breakdown — and amplifying the electronic elements of "Mad World" and "Pale Shelter." Messing with beloved songs is always a risky move; after all, the line between embarrassment and enhancement can be rather narrow. But these upgrades worked: These songs didn't sound like '80s relics, but fresh starts.

Tears for Fears' commitment to pushing their sound forward is admirable — although, as fans will note, absolutely nothing new. (If there's one consistent thing about Tears for Fears, it's, ahem, sonic change.) And while they aren't and have never been the most prolific band, this quality control means what music they do release is worth the wait.