Analysis estimates that cuts to ACA advertising may reduce next year's enrollment by at least 1.1 million people 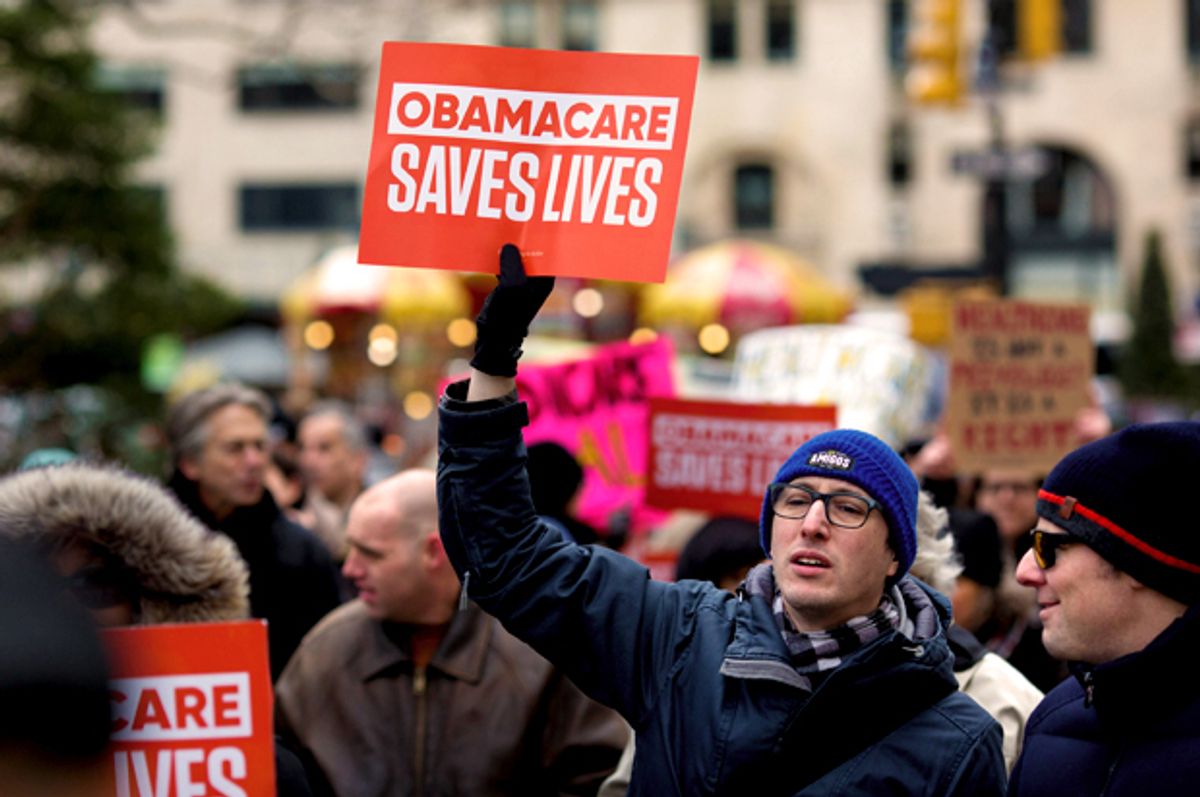 If you buy insurance on your own and have been paying attention to the Affordable Care Act, you’ve probably heard that open enrollment for 2018 plans has just started and the government is spending a lot less money this year to get the word out.

That’s true in the 39 states that rely on healthcare.gov. But circumstances are different in some of the 11 states plus the District of Columbia that run their own ACA websites and marketplaces.

They’re in charge of their own marketing and enrollment assistance programs, so are somewhat immune from Trump administration actions — and inaction — that critics have warned will undermine 2018 individual market enrollment.

“We’re in a very different position than the federal government,” said Allison O’Toole, who runs Minnesota’s exchange, MNsure. “I see a lot of action coming out of Washington designed to destabilize the market and to hinder enrollment. I have the exact opposite goal in Minnesota.”

In its first year of managing the sign-ups, the Trump administration slashed the marketing budget most states rely on for the federally run insurance exchange by 90 percent. The open enrollment period is shorter and healthcare.gov, the federal website, will curb its hours on all Sundays during the sign-up period, except the last one.

A recent analysis by the chief marketing officer of healthcare.gov under President Barack Obama estimated that the marketing cuts alone may reduce next year’s enrollment by at least 1.1 million people.

In contrast, MNsure is planning another all-out annual enrollment push with ads on TV and social media. It will also pay other organizations to help spread the word; for example, MNSure gave $500,000 to Portico Healthnet, a nonprofit healthcare navigator group, for outreach.

The money helps a lot.

“Portico Healthnet was able to staff up — so we have more navigators on staff now to prepare ourselves to meet the needs of the open-enrollment demand,” said Meghan Kimmel, president of the organization, which is based in St. Paul. “We are anywhere we can be where we can talk with people about access to coverage.”

The picture is very different in states like Mississippi, which relies on healthcare.gov, the federal exchange. Open enrollment in these states is shaping up to be much different under President Donald Trump than it was under President Obama.

Mississippi’s uninsured rate has fallen to 12 percent but remains tied for third-worst in the United States. Republican Gov. Phil Bryant has staunchly opposed the Affordable Care Act and did not expand Medicaid.

Kimmel and others said what’s happening in states using healthcare.gov underscores the value of Minnesota having its own exchange.

At least one longtime MNsure critic, however, remains unconvinced. State Rep. Greg Davids, a Republican, dismissed the notion that cutting back on the open-enrollment period and slashing the promotional budget will discourage enrollment. He said he favors having the state turn to healthcare.gov, instead.

“We need to get rid of MNsure,” Davids said. “They’re an unnecessary duplicate layer of government that hasn’t worked.”

This story is part of a partnership that includes Minnesota Public Radio, NPR and Kaiser Health News.