Scott R. Brunton alleges the assault happened in 1981 after the two met up at a bar, but Takei denies the incident 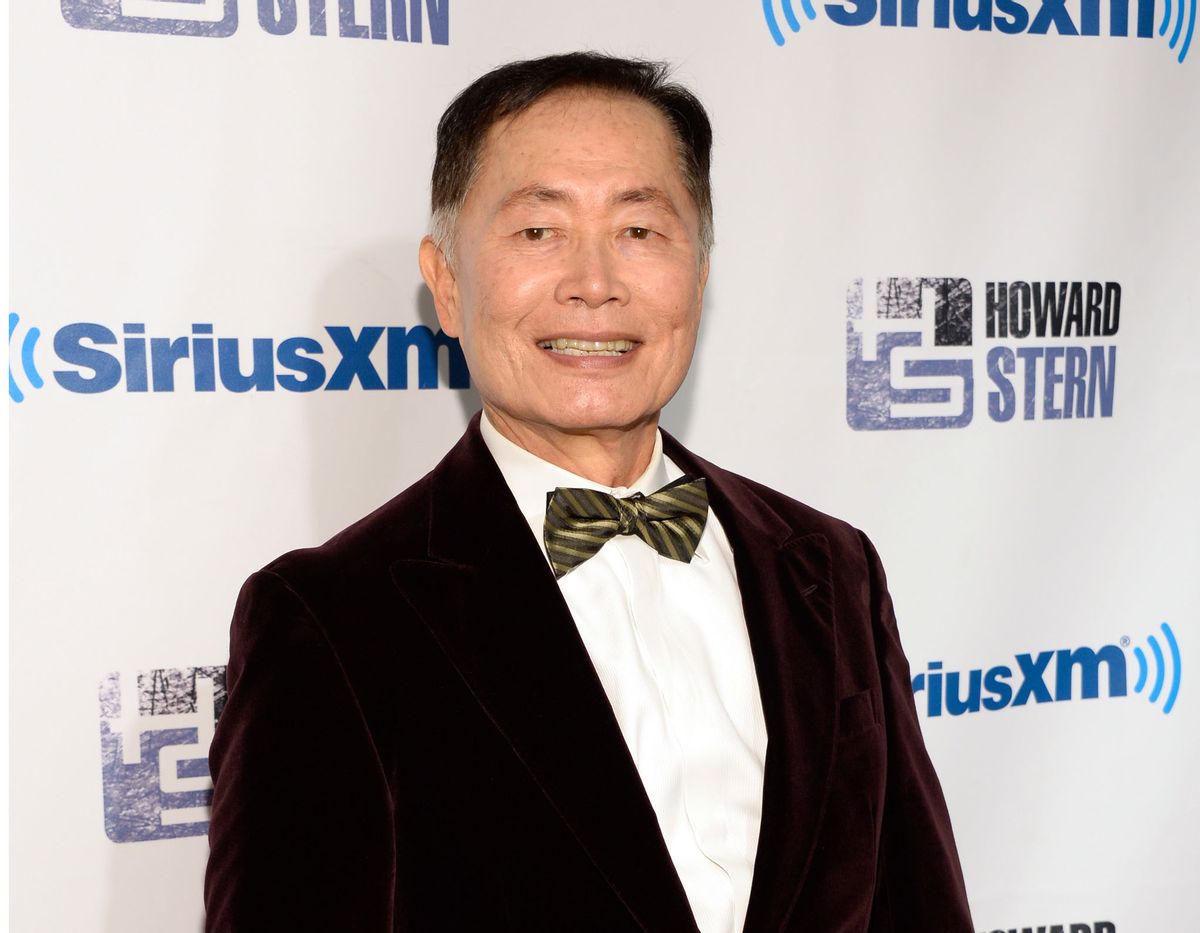 "Star Trek" icon George Takei has been accused of sexual assault by a former model and actor stemming from an incident that allegedly occurred in 1981.

Scott R. Brunton alleged that when he was 23 years old, Takei took advantage of him after the two had returned from a night out together. Brunton explained that he has been hesitant to come forward about the alleged incident for years, because he felt no one would believe him.

"This happened a long time ago, but I have never forgotten it," Brunton told The Hollywood Reporter. "It is one of those stories you tell with a group of people when people are recounting bizarre instances in their lives, this always comes up. I have been telling it for years, but I am suddenly very nervous telling it."

Brunton worked as a waiter at a bar in Hollywood in 1981 when he said the two met. Takei was 43 or 44 years old at the time and they had exchanged numbers and talked on the phone from time to time and often ran into each other at local clubs, Brunton told THR.

After Brunton and his then-boyfriend broke up, he said he received a call from Takei.

"He said, 'Let me know what your new number is' and I did. And not long after we broke up and I moved out, George called me," Brunton explained.

"He was very good at consoling me and understanding that I was upset and still in love with my boyfriend," Brunton continued. "He was a great ear. He was very good about me spilling my heart on my sleeve."

While the two were allegedly at a bar one night, Brunton said Takei offered to buy him another drink.

"And I said sure. So, I have the second one, and then all of a sudden, I begin feeling very disoriented and dizzy, and I thought I was going to pass out," Brunton told THR. "I said I need to sit down and he said sit over here and he had the giant yellow beanbag chair. So I sat down in that and leaned my head back and I must have passed out."

Brunton continued, "The next thing I remember I was coming to and he had my pants down around my ankles and he was groping my crotch and trying to get my underwear off and feeling me up at the same time, trying to get his hands down my underwear."

The former actor and model said that when he "came to" and told Takei to stop what he was doing, Takei said, "You need to relax. I am just trying to make you comfortable. Get comfortable."

Brunton said he again told Takei, "No. I don't want to do this," pushed him off, and gathered his things and left.

The two met up years later in Portland, Oregon, while Takei was on a book tour, Brunton told THR. He wanted to see Takei and try to understand the incident.

"I always wanted to ask him — I just felt really betrayed. I thought I was a friend and here I am later, just another piece of meat," Brunton explained. When the two met, Brunton said he couldn't bring himself to ask him about what had allegedly happened.

Brunton said, "We met for coffee, and I just couldn't bring myself to do it. It was just too uncomfortable."

On Saturday morning Takei denied the allegations in a series of tweets, and claimed he didn't remember Brunton at all.

"I want to assure you all that I am as shocked and bewildered at these claims as you must feel reading them," Takei tweeted. "The events he describes back in the 1980s simply did not occur, and I do not know why he has claimed them now. I have wracked my brain to ask if I remember Mr. Brunton, and I cannot say I do."

Takei said he takes the claims "very seriously" and that "non-consensual acts are so antithetical to my values and my practices."

I'm writing to respond to the accusations made by Scott R. Bruton. I want to assure you all that I am as shocked and bewildered at these claims as you must feel reading them. /1

The events he describes back in the 1980s simply did not occur, and I do not know why he has claimed them now. I have wracked my brain to ask if I remember Mr. Brunton, and I cannot say I do. /2 — George Takei (@GeorgeTakei) November 11, 2017

But I do take these claims very seriously, and I wanted to provide my response thoughtfully and not out of the moment. /3

Right now it is a he said / he said situation, over alleged events nearly 40 years ago. But those that know me understand that non-consensual acts are so antithetical to my values and my practices, the very idea that someone would accuse me of this is quite personally painful. /4 — George Takei (@GeorgeTakei) November 11, 2017

Brad, who is 100 percent beside me on this, as my life partner of more than 30 years and now my husband, stands fully by my side. I cannot tell you how vital it has been to have his unwavering support and love in these difficult times. /5

Thanks to many of you for all the kind words and trust. It means so much to us. Yours in gratitude, George /end — George Takei (@GeorgeTakei) November 11, 2017