The sixth-grader moved from Texas to Colorado to use medical marijuana, and she hasn't had a seizure in two years 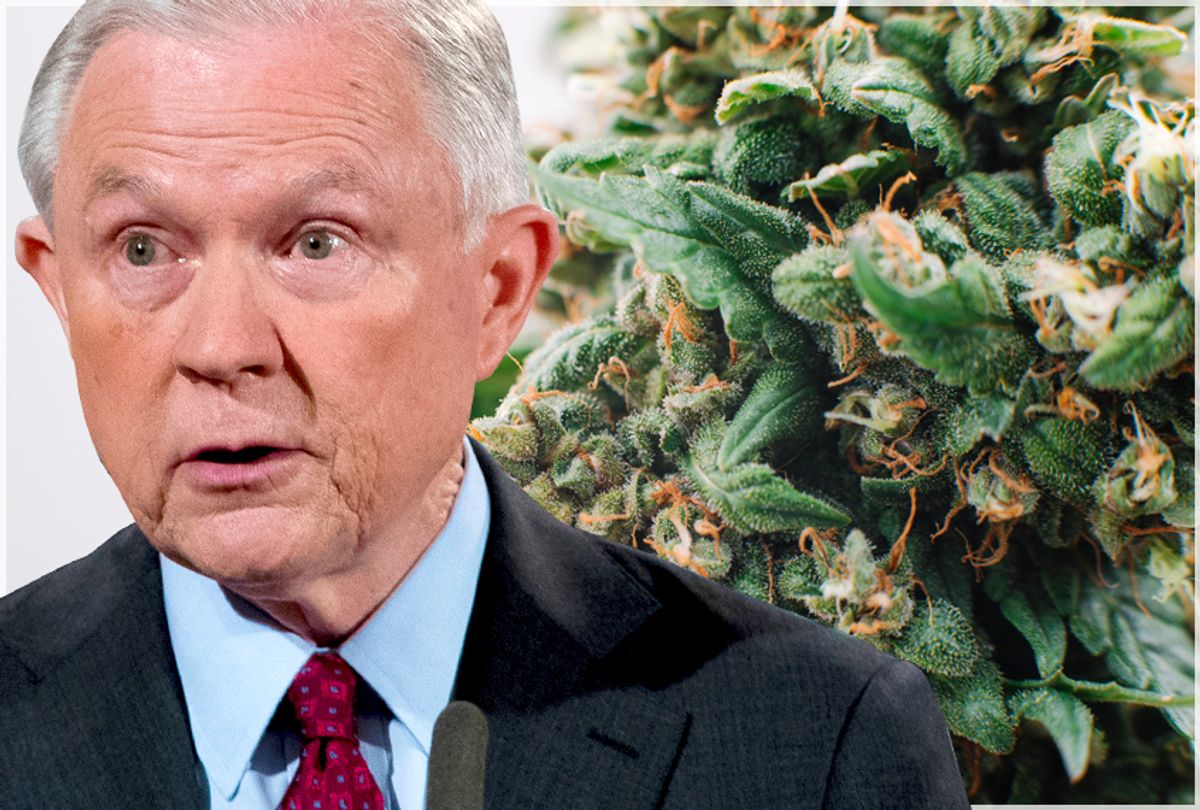 Alexis Bortell, a 12-year-old girl who lives in Colorado, is suing Attorney General Jeff Sessions over the nation's federal prohibition of medical marijuana.

Bortell and her parents moved to the state from Texas in order to legally receive a strain of medicinal marijuana to help her battle epilepsy, KDVR reported.

"As the seizures got worse, we had to move to Colorado to get cannabis because it's illegal in Texas," Bortell said.

While her family lived in Texas, Bortell said traditional medicine did little to help the seizures she suffers from, and doctors had recommended brain surgery, KDVR reported.

One pediatrician presented her with a different option, medicinal marijuana, but it would ultimately require her to leave Texas.

After the family moved, the sixth-grader was treated with a medicinal marijuana strain titled "Haleigh's Hope." With just a single drop in the morning, and at night, Bortell hasn't suffered a seizure for a little more than two years, KDVR reported.

"I would like to be able to visit my grandparents without risking being taken to a foster home," Bortell said, when asked why she joined the lawsuit.

Marijuana has long been classified by the Drug Enforcement Agency as a Schedule I narcotic, placing it in the same category as ecstacy, and LSD. Marijuana is listed as more dangerous than Schedule II narcotics such as cocaine, and methamphetamine.

"How is that rationale? It's not compassionate either, but rationality? It's just outrageous," the girl's father, Dean Bortell, said. "When you look at it from a distance and you see it saving their lives, me as a father and an American, I go, what are we doing? How could you possibly look at someone who`s benefiting from this as a medicine and threaten to take it away?"

While medical marijuana has been legalized in 29 states, as well as Washington D.C., it's still federally illegal.

Along with Bortell in the lawsuit is another child, a military veteran, a marijuana advocacy group and former Denver Broncos football player Marvin Washington, KDVR reported.

While the lawsuit is certainly a long shot, it represents a larger progressive push for marijuana whether it's for recreational use or medicinal use.

Sessions has a well-known record of being opposed to marijuana in any capacity, even for medicinal purposes. His position on marijuana is starkly contrasted by public opinion, as 64 percent of Americans support the legalization of marijuana, an all-time high.

The numbers for medicinal marijuana are even higher, as 88 percent of Americans believe it should be legal.