Are the Syrian Kurds next for betrayal by the Trump administration?

Trump and his generals are fairweather friends to freedom fighters 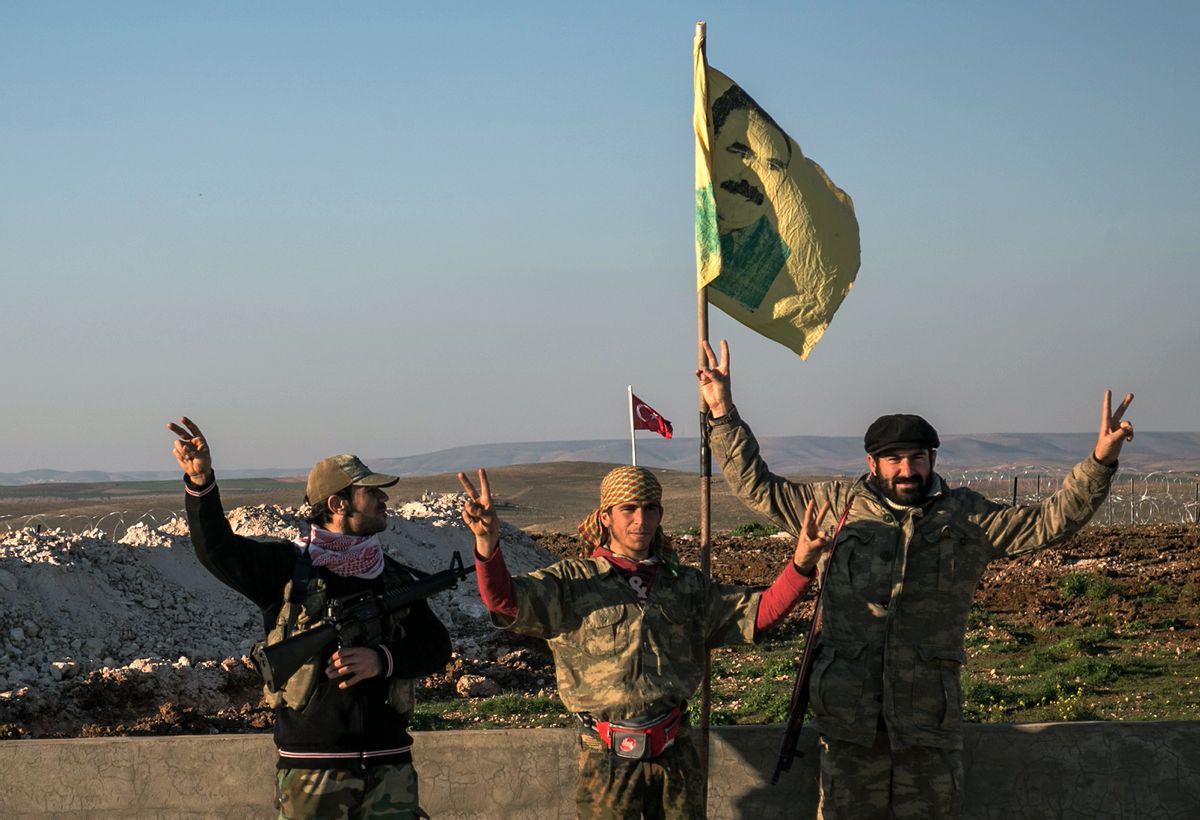 Iraqi Kurds were attacked in Kirkuk by Iranian-backed Shiite militias on October 15. Despite decades of close cooperation between Iraqi Kurdistan and the United States, the U.S. abandoned Iraqi Kurds who, at America’s behest, have fought bravely against the Islamic State. Syrian Kurds fear they are next for betrayal by the Trump administration.

Abandoning the Syrian Kurds would be a flawed and short-sighted move. Flawed because the Peoples Protection Units (YPG), who number 40,000 men and women under arms, are proven and effective fighters against the Islamic State (ISIS). Short-sighted because it would align the United States with Iran and its allies in Baghdad and Damascus as primary partners in the coalition to defeat ISIS.

YPG fighters have served as America’s boots-on-the-ground in Syria. They liberated Raqqa, the self-declared ISIS caliphate. U.S. Special Forces, weapons, and air power coordinated with the YPG and were invaluable.

Cooperation dates back to the battle for Kobani in October 2014. About 80 percent of Kobani, a Kurdish city in Northern Syria, had been seized by ISIS. Kobani’s heroic defenders were outmatched and almost out of ammunition. U.S. officials initially believed that Kobani had no strategic value, but they reconsidered. The Obama administration decided it would be a recruitment bonanza if Kobani fell and its defenders were beheaded for all the world to see. Turning the tide, the U.S. airlifted weapons to the YPG and bombed ISIS positions.

Recognizing the YPG’s battlefield prowess, America supported the YPG’s march against ISIS territory. The YPG seized the strategic border crossing at Tal-Abyad, preventing Turkey from sending weapons to ISIS in Raqqa. It secured the main road to Raqqa in June 2015. Then it took a border town in northwestern Syria called Azaz, before pivoting towards Raqqa.

Turkey’s President Tayyip Erdogan was furious. He fumed, “Is it me who is your partner or the terrorists in Kobani?” Erdogan alleged that the YPG and the PKK were one and the same organization. Both Turkey and the United States consider the PKK a foreign terrorist organization (FTO). However, the State Department does not list the Democratic Union Party, the YPG’s political arm, as an FTO.

Over Erdogan’s objections, the Pentagon decided to provide heavy and offensive weapons directly to the YPG in May 2017. U.S. military commanders concluded that arming the YPG was the fastest way to take Raqqa. The Syrian Democratic Forces (SDF) served as a fig leaf, engaging anti-Assad Arabs.

The decision was pivotal. On October 20, 2017, after 130 days of intense fighting, the YPG/SDF declared the “total liberation” of Raqqa. YPG ground forces paid a steep price. Since 2014, nearly four thousand YPG members died fighting ISIS. About a quarter of the casualties were women fighters.

Syrian Kurds are cautious. They fear that the new phase may be to their disadvantage. Is the Trump administration’s betrayal of Iraqi Kurds a harbinger of what may happen to them?

Syrian Kurds worry Washington could bend to Turkey’s demand and declare the YPG a terror group. In this event, the Pentagon would discontinue the supply of weapons and air power. U.S. Special Forces would withdraw. Abandoning the Syrian Kurds would further stain America’s standing. Moreover, it would be a strategic blunder. Without U.S. backing, Syrian Kurds could turn to Russia for protection or seek common cause with Syria’s President Bashar al-Assad. Cutting the Kurds loose would be interpreted by Turkey as a green light to invade Northern Syria in a bid to undermine Rojava, an autonomous area in the provinces of Afrin, Kobani, and Jazeera.

Kurds are uncertain. Can they trust the Trump administration? Is America’s cooperation simply expedient? The specter of betrayal will make Syrian Kurds and other partners think twice when called upon to fight and die for the United States.