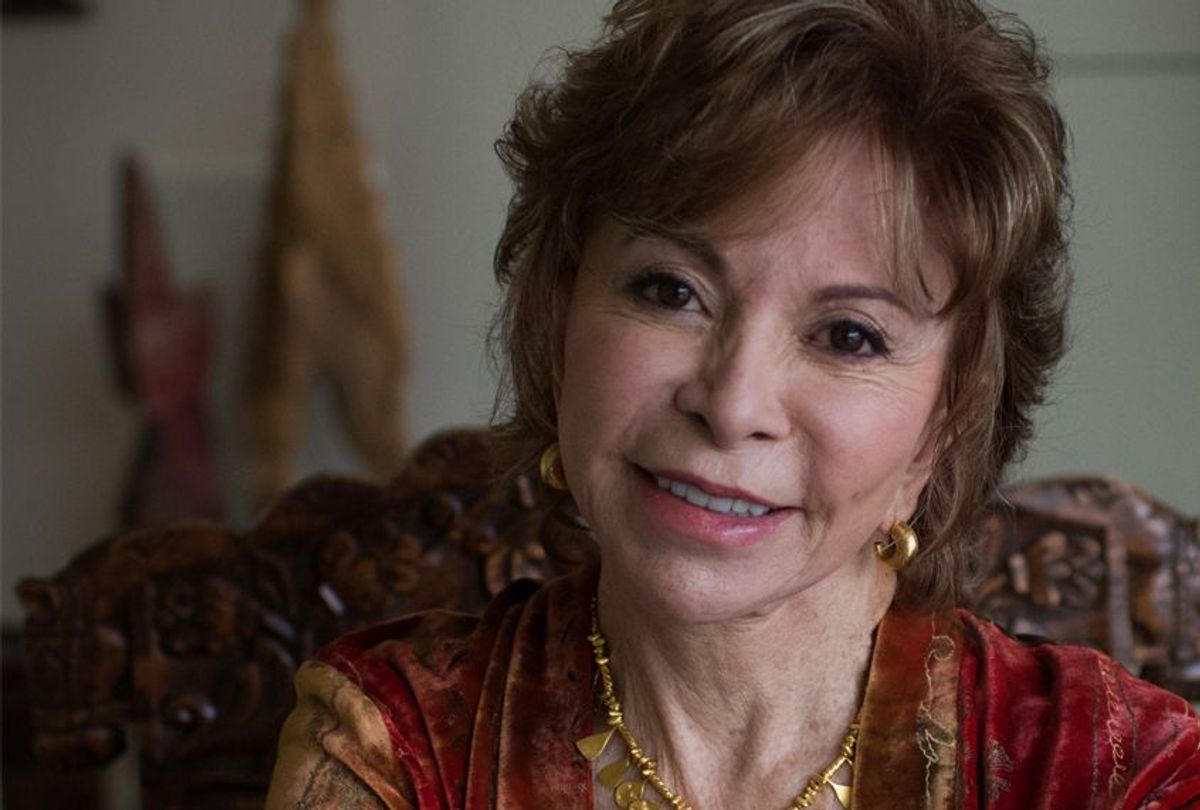 Chilean-American author Isabel Allende has spent her career telling stories of love, loss and seismic political shifts. One of the themes in her new novel, “In the Midst of Winter," feels tailor-made for the Trump era.

Allende joined me on "Salon Talks" to discuss the new book and the parallels between her fictional story and today's political climate. Evelyn, one of three main characters in the book, is a young undocumented immigrant from Guatemala who came to the United States fleeing gang and cartel violence. The other two characters are of an older generation, with their own family histories of political persecution in Europe and Chile.

The current xenophobic fervor and debate over immigration policy in the United States is of course nothing new, and Allende actually wrote the book before Donald Trump was even seen as a realistic candidate. “He doesn’t invent anything, he just gathers an energy that was there before and gives that energy a megaphone so that it becomes the voice of a nation," Allende commented on Trump.

Having lived in exile for years from her native Chile after a military coup overthrew the socialist government of Salvador Allende, the author knows firsthand the immigrant experience of being separated from home due to circumstances outside of one’s control. Despite her experiences, however, Allende, who now lives in California, is optimistic about the future.

The book title "In the Midst of Winter" is taken from an Albert Camus quote: “In the midst of winter, I found within me an invincible summer." Watch the video above to hear how Allende brings new meaning to the title, given America's current political climate.

Allende's 23 books, known for having strong female characters, have been translated into 65 languages. She has created a foundation that strives to empower women and girls worldwide. To hear more about her views on feminism, sexual harassment and America's interventions in Latin American politics, watch our full conversation on Facebook.