Chinese philosophers can teach us about dealing with grief

Eastern philosophy might give insight into our own grief 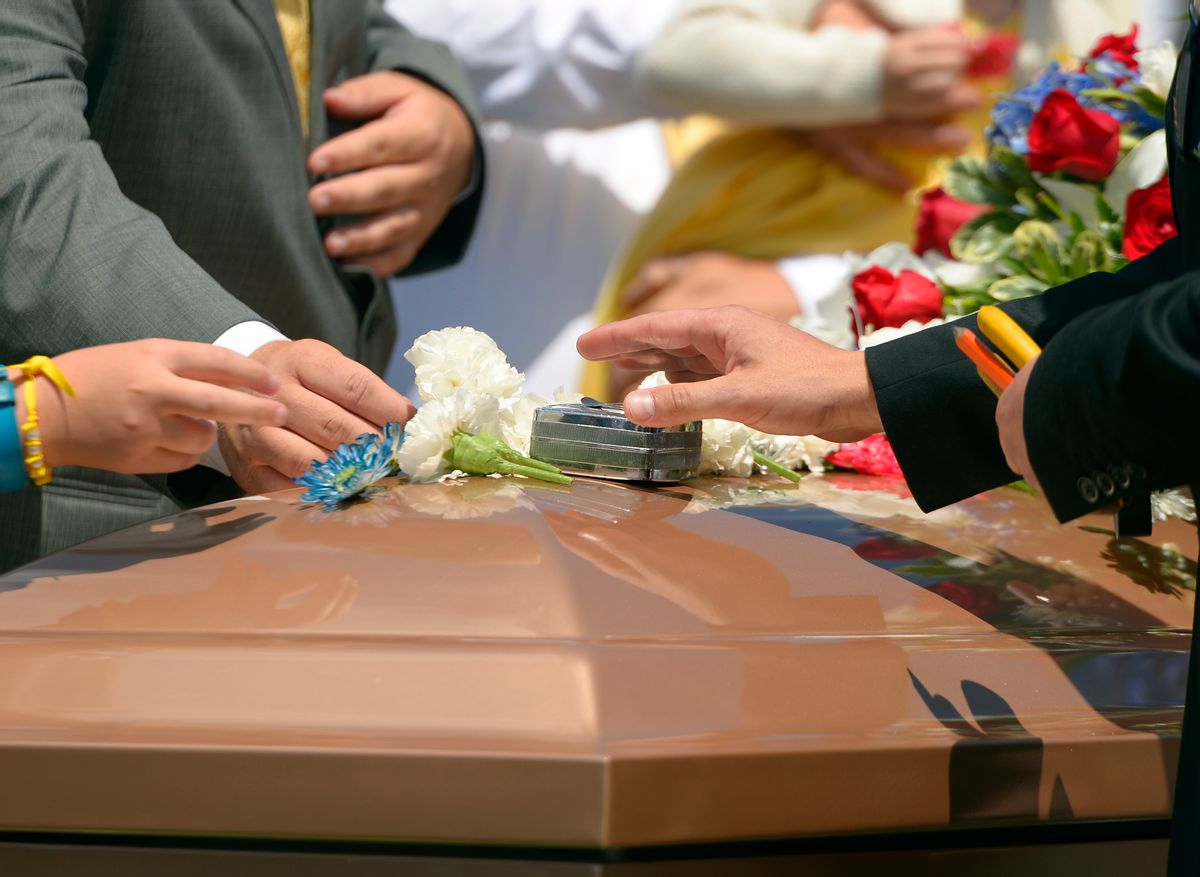 November 2 is All Souls’ Day, when many Christians honor the dead. As much as we all know about the inevitability of death, we are often unable to deal with the loss of a loved one.

Our modern-day worldview could also make us believe that loss is something we should be able to quickly get over, to move on with our lives. Many of us see grieving as a kind of impediment to our ability to work, live and thrive.

So, what can we learn from them today?

Two influential philosophers who reflected on these issues were Zhuang Zhou and Confucius. Zhuang Zhou lived in the fourth century B.C. and is traditionally credited with writing one of the most important texts of the Daoist philosophy, “Zhuangzi.” Confucius, who lived more than a century before Zhuang Zhou, had his teachings compiled in a text written by later students, commonly known in the West as the “Analects of Confucius.”

On the face of it, these two philosophers offer very different responses to the “problem” of death.

Zhuang Zhou offers us a way to eliminate grief, seemingly consistent with the desire to quickly get beyond loss. In one story, Zhuang Zhou’s friend Hui Shi meets him just after Zhuang Zhou’s wife of many years has died. He finds Zhuang Zhou singing joyously and beating on a drum. Hui Shi upbraids him and says:

“This person lived with you for many years, and grew old and died. To fail to shed tears is bad enough, but to also beat on drums and sing – is this not inappropriate?”

Zhuang Zhou replies that when his wife first died, he was as upset as anyone would be following such a loss. But then he reflected on the circumstances of her origins – how she came to be through changes in the elements that make up the cosmos. He was able to shift his vision from seeing things from the narrowly human perspective to seeing them from the larger perspective of the world itself. He realized that her death was just another of the changes of the myriad things constantly taking place in the world. Just as the seasons progress, human life generates and decays.

In reflecting on life in this way, Zhuang Zhou’s grief disappeared.

Why we need grief

For Confucius, though, the pain of grief was a natural and necessary part of human life. It demonstrates commitment to those for whom we grieve.

Confucius suggests a three-year mourning period following the death of one’s parent. In a passage from the Analects, one of Confucius’s students, Zaiwo, asks him if it is possible to shorten this mourning period, which seems excessively long.

Confucius responds that a person who honestly cared about his parent would simply be unable to bring himself to mourn in any less serious way. For such a person, the usual joys of life just had no attraction for three years. If, like Zaiwo, someone considers shortening this period, it reveals for Confucius a lack of sufficient concern. Early Confucians, thus, followed this practice of a three-year mourning period.

There is more to the Confucian response to death than grief. Our encounter with others inevitably changes us. Those closest to us, according to the early Confucians, particularly family members, play the greatest role in determining who we are. In that sense, we are representatives of particular communities than detached and autonomous individuals.

After all, many of our physical features and personalities originate from our ancestors. In addition, we learn many of our attitudes, preferences and characteristic ways of acting from our families, friends and neighbors – the creators of our culture. So, when we consider the question of what we are as individuals, the answer necessarily encompasses members of our closest community.

According to the early Confucians, this acknowledgment suggested how to deal with the death of those close to us. To grieve was to honor your parent or another person who died and to commit to following their way of life .

Even if their way of life involved flaws, Confucius notes that individuals were still duty-bound to follow their way while doing their best to eliminate the flaws. In Analects 4.18, Confucius says:

“In serving your parents, you may lightly remonstrate [if your parents stray from the virtuous way]. But even if your parents are intent on not following your advice, you should still remain respectful and not turn away from them.”

Developing an understanding of grief

So how do the seemingly contrasting Daoist and Confucian approaches to grief apply to us today?

From my perspective, both views are helpful. Zhuangzi does not eliminate grief, but offers a way out of it. The Daoist response could help people find peace of mind by cultivating the ability to see the death of loved ones from a broader perspective.

The Confucian response could challenge assumptions that devalue grief. It offers us a way to find meaning in our grief. It reveals our communal influences, tests our commitments and focuses us on the ways in which we represent and carry on those who influenced us and came before us.

Ultimately, both philosophers help us understand that enduring grief is a necessary part of the process of becoming a fully thriving person. It is not something we should look to eliminate, but rather something we should appreciate or even be thankful for.