Could Atlanta be on track to elect a white mayor? 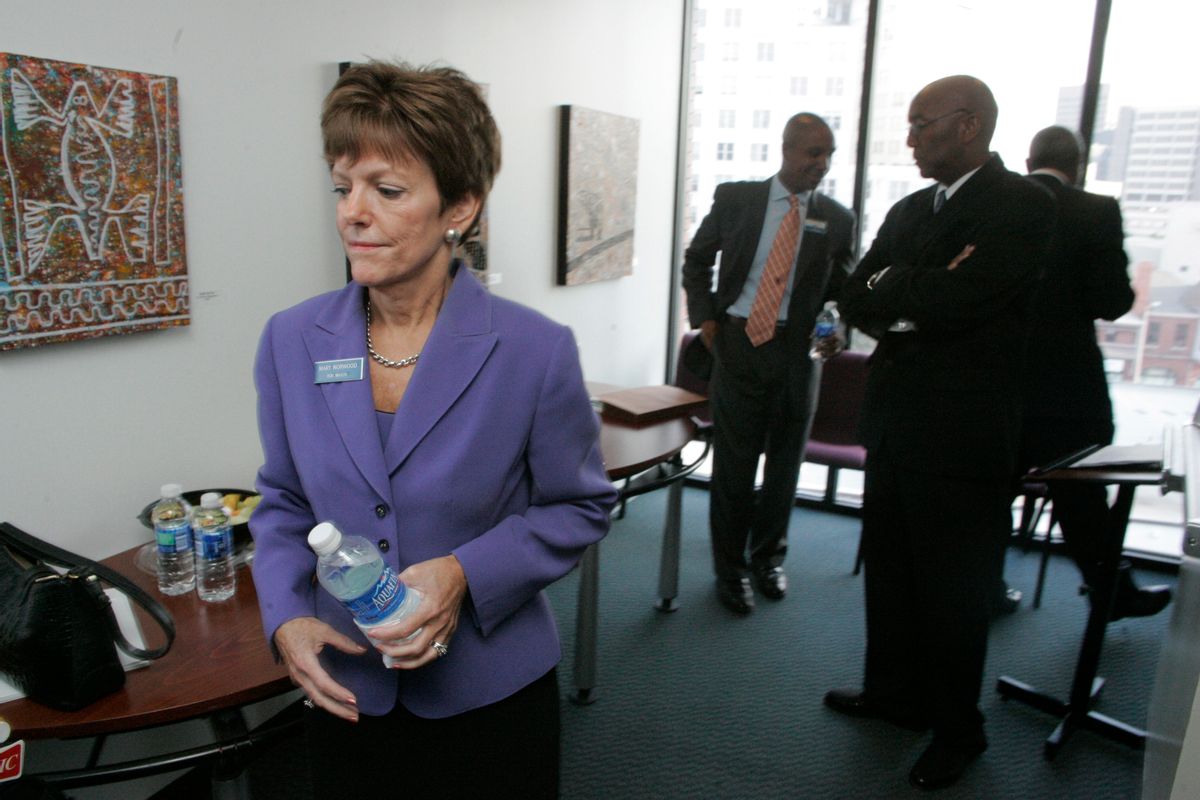 On Nov. 7, none of the 12 candidates for mayor of Atlanta received more than 50 percent of the vote.

That means the two candidates with the most votes, Councilwomen Keisha Lance Bottoms and Mary Norwood, will face off in a Dec. 5 runoff. Lance Bottoms is black. Norwood is white.

Could 2017 be the year that Atlanta elects its first white mayor in more than a generation?

Going into the runoff, I anticipate that the African-American candidate, Councilwoman Lance Bottoms, has the advantage. She won the most votes on the first ballot, and black voters are still a force to be reckoned with in this city. Still, the race demonstrates the ways that changing urban demographics can alter the contours of political competition within historically black cities.

As majority black cities welcome increasing numbers of new, nonblack residents into their city limits, the probability that nonblacks will run for and win top leadership posts increases. However, it is important to realize that even under these conditions, African-Americans can and do win elections in jurisdictions where blacks comprise less than a majority of the population.

Race to the runoff

Until early October, polls showed that Mary Norwood had an early, consistent lead in a crowded field. Norwood is no stranger to Atlanta mayoral races. In 2009, she came within 714 votes of beating now-incumbent Mayor Kasim Reed in a runoff.

In addition to Norwood, reporters were also following the trajectory of Peter Aman, the city’s former chief operating officer, who is also white. Aman emerged from obscurity in the early polls to become a contender, leading some to speculate that it was quite possible that two white candidates could emerge from the original slate to challenge each other in a runoff.

That didn’t happen. Norwood won second place. Aman finished a respectable fourth – after Cathy Woolard, the former city council president, who is also white. The strong performances by these candidates, who represent a range of ideological perspectives and have different bases of support, suggest that white candidates are viable in this city which once boasted a supermajority black population.

For years, African-Americans in Atlanta leveraged the concentration of blacks in the city – in part due to white flight – to become key players in city politics. The city’s black majority population has elected black mayors for more than four decades. However, the city’s black population has been shrinking for a generation. Whereas blacks comprised two-thirds of the city’s population in 1990, that number dropped to 54 percent by the 2010 census. Given the amount of development and gentrification going on the city today that is pricing older, poorer black residents out of the city, it is probable that the 2020 census will reveal an even smaller black population. As the population shifts, it is reasonable to assume that nonblack candidates will emerge as viable candidates for high-profile offices that blacks have held for nearly two generations.

Don’t count black politicians out yet

Despite Atlanta’s shrinking black population, African-American voters remain an important, influential voting bloc. While the performance of candidates Norwood, Woolard and Aman is notable, we must also remember that Councilwoman Lance Bottoms qualified for the runoff in first place. She benefited from the endorsement of outgoing Mayor Reed. Public polling also suggests that she had started to consolidate the African-American vote, while Norwood, who was polling as high as about 20 percent among blacks in the spring, started to lose black support.

As we turn to the runoff, we should remember a few things.

First, we should seek to understand how demography matters in elections. As my colleagues Michael Leo Owens and Jacob Brown showed in a paper about the 2009 Atlanta mayoral election, racially polarized voting is a real phenomenon in Atlanta politics and should not be ignored. However, demography is not destiny in the ways that we think it is.

For starters, just because Atlanta’s black population is shrinking does not mean that black candidates cannot win office. As the 2014 election of Mayor Muriel Bowser in Washington, D.C. demonstrates, black candidates can still win office in larger cities even when their population falls below 50 percent. And one cannot discount the ability for black candidates to even win election in cities with few to no black residents. For instance, Wilmot Collins made history on Nov. 7 by being elected the first black mayor of Helena, Montana. He follows in the tradition of politicians like Wellington Webb of Denver and Norm Rice of Seattle, who, in 1989, became the first black mayors in majority white cities.

We often forget this, but in 1970 the Census Bureau estimated Atlanta’s black population to be only 51 percent. Three years later, Maynard Jackson became the city’s first black mayor.

Since the 1960s, Atlanta has billed itself as “The City Too Busy to Hate.” That slogan belies a complex racial history, but it connotes city leaders’ desire to demonstrate a progressive racial politics. As political scientist Clarence Stone showed in his classic “Regime Politics,” electing black mayors has served as an important manifestation of the mantra.

One day, Atlanta will elect a nonblack mayor. However, that does not mean that Atlanta will no longer be “The City Too Busy to Hate,” “Black Mecca” or any of the other monikers that people popularly invoke to describe Atlanta as being a hub of black social, economic and political mobility. And it does not mean that all of a sudden, blacks can no longer be competitive candidates for citywide office or that black voters will not remain influential in determining the outcome of elections. It just means that contests will take on a new dimension of competitiveness.