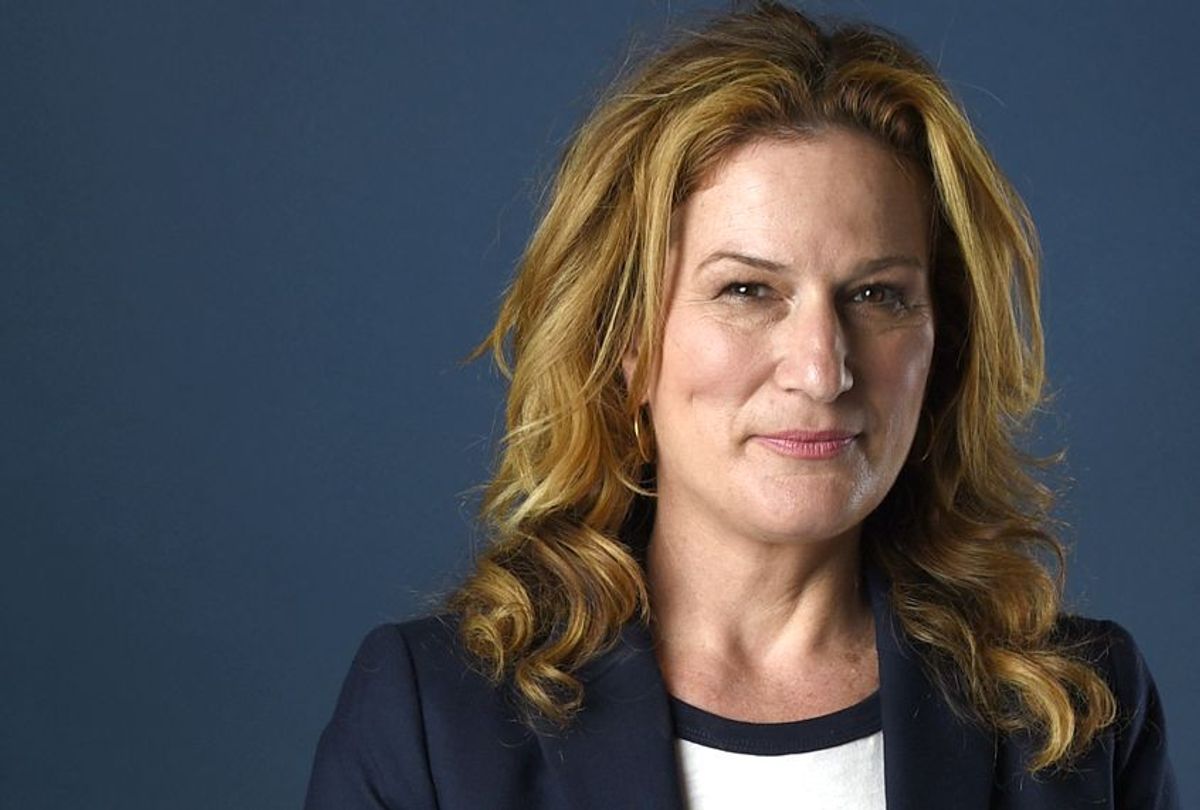 On Monday, a few days after the second season of “Lady Dynamite” made its debut on Netflix, Ana Gasteyer is attending the Glamour Women of the Year Awards with her 15-year-old daughter.

Among this year’s honorees are Maxine Waters, the organizers of the post-election Women's March, and Samantha Bee, “absolutely rightfully so,” Gasteyer told Salon, adding, “I nominated her.”

Knowing the ways of Hollywood’s career competitiveness and penchant for fakery, a cynic might question whether such a magnanimous statement is genuine. One need only listen to Gasteyer's voice as she talks about the loyal bond she shares with fellow women in comedy, her “Saturday Night Live” cohorts most of all, to know she means it.

Besides, “We were Women of the Year, I think in 2002, as a group. The females of the show, the sort of pantheon that I'm still close to: Maya Rudolph and Rachel Dratch and me and Amy [Poehler] and Tina [Fey].”

Gasteyer is juggling a busy schedule that includes co-starring on the critically acclaimed “Lady Dynamite” and TBS’s “People of Earth.” She and Dratch also appear in a cameo on the NBC sitcom “Great News." And on Dec. 17 Gasteyer,  who previously appeared in Fox's live version of “Grease,” steps into a role expanded for her in the network's upcoming broadcast of  “A Christmas Story Live!”  She plays Mrs. Schwartz, the mother of one of Ralphie's friends.

“Yes, it is a little bit plate-spinning,” she admitted during our phone interview — conducted, by the way, while she was trying out outfits for the Glamour award ceremony. “I always want to do everything well, which is sort of a curse, because sometimes you just in life have to phone it in. But worrying about doing it all well is probably the most exhausting part. And — this is going to sound so 2017, but staying mindful and in the moment is the only thing that really gets you through it all.”

In this moment Gasteyer sounds like the honest, down-to-earth version of Karen Grisham, the egocentric, bombastic manager to Maria Bamford’s fictionalized version of herself on “Lady Dynamite.” As this shorter second season evolves, Maria continues to figure out what exactly it means to be true to herself, an ongoing theme in a comedy informed and inspired by Bamford’s experience with bipolar disorder.

Season 2 allows Gasteyer to expand her braying characterization of the pushy Hollywood agent, as Karen imposes ever-more demeaning pressures and demands upon Maria — namely handcuffing her to an absurdist show-within-a-show insultingly titled “Maria Bamford Is Nuts!” Brought to us by MuskVision, a fictitious streaming service founded by Elon Musk, and, in real life, by Pam Brady, the comedy’s showrunner.

One of the reasons Gasteyer loves recurring on “Lady Dynamite,” she says, is that it’s “incredibly female-heavy.”

“[Producer] Theresa Mulligan Rosenthal, Pam Brady, and Maria are the people that are driving the content,” Gasteyer said, going on to cite the work of costars Lennon Parham, Mo Collins and Bridget Everett. “There's this huge glut of really, really genuinely funny women on the show, and that has a lot to do with its success. And I think that Maria's an enormously feminine presence, even in the midst of her scariest mental illness sequences. She's very vulnerable, and she's very honest.”

Gasteyer also credits Brady with allowing her character to satirically expose the hypocrisy of Hollywood and its system of power. “These are powerful women who have been shoved into a corner and finally get an opportunity to set themselves free and to try to hold the reins in a genuine way,” she said. “But concurrently, of course, Karen Grisham and has no problem turning around and recreating a lot of those same [exploitative] tropes. Like, Maria has to look pretty and be foxy, you know what I mean? That the content itself is not all that feminist is kind of hilarious.”

Pondering Gasteyer’s present workload makes one appreciate the increased influence female “Saturday Night Live” alumni presently enjoy. There are many miles to go before female and male cast members achieve a parity with regard to the opportunities they’re afforded, but it’s notable that Leslie Jones enjoys a level of stardom that may never have been made available in past eras. Even recent players such as Nasim Pedrad and Casey Wilson make regular film and television appearances.

That wasn’t the case when Gasteyer joined the sketch series in 1996, although she credits “SNL” creator Lorne Michaels with giving female cast members “ample opportunity to write for ourselves and generate our own material, and cut through whatever it is you have to cut through into public consciousness to be embraced and celebrated in the comedy world.”

In that, Gasteyer succeeded to a significant degree. No holiday-themed “SNL” special goes by without revisiting her Martha Stewart parody or her turn as the host of the famous “Schweddy Balls” edition of the radio show “Delicious Dish.”

“We had lots and lots of women to parody,” she recalled. And yet, she also remembers that “my male colleagues, within six weeks of being cast, had major movie meetings. They were resting on the laurels of Mike Myers and Adam Sandler, and those guys that went on to have massive movie careers as well. But they were given opportunities that we were not given, consistently, while we were on the show.”

What changed things for female comedy performers was the box office success of Kristen Wiig and Annie Mumolo's “Bridesmaids.” “It took a few years for that to take off," she noted, "but I think it's pretty consistent now. Much more so than it was.”

As she continued her preparation for the Glamour award ceremony, Gasteyer observed, “The last year has asked of women, successful women, to have to say out loud, ‘I do this, I'm a woman, and I'm really proud of it.’ And we've actually had to label our intentions, because everything has gone so topsy-turvy with regard to the balance of power in the last year.”

All of her recent multitasking appears to be bearing fruit, though. “I definitely feel like the opportunity to do so is greater than it's ever been. Certainly my colleagues, we're busy. People like funny women now. And that's really fulfilling.”