Trans teen wants to fix the education system that failed him 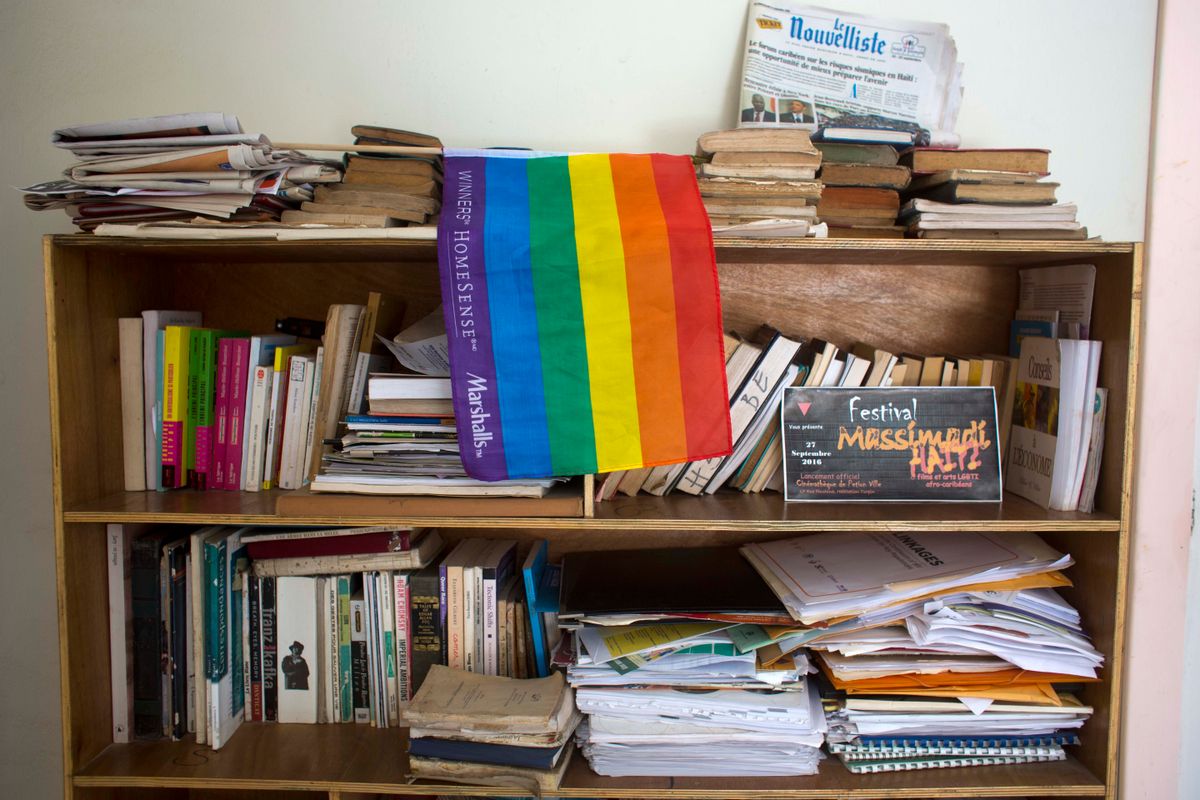 Even if you don’t avidly follow the news, it’s likely you’ve heard the name Gavin Grimm floating around in the ether. The now 18-year-old trans student made national headlines back in 2014, when he spoke before the Gloucester County School Board about his right to use the men’s bathroom. Initially, the school board recognized his gender and he was allowed to use the corresponding bathroom. However, the school board recoiled and adopted a discriminatory policy after parents in the community started complaining, and Grimm was forced to testify for his right to use the restroom.

After a drawn out embattlement and several wins and revocations, the G.G. v. Gloucester County School Board case was set to be argued in the Supreme Court in March 2017. However, the case was pushed back following the Trump administration’s decision to roll back the Title IX guidance covering protections for transgender students. Since Grimm has graduated high school in June, he withdrew his motion for a preliminary injunction and filed an amended complaint with the district court for damages, declaring that the Board violated his rights under Title IX. To this day, Grimm is still waiting on the district court ruling for that.

During this whole process, he’s set off a tidal wave of conversation about trans rights, and garnered tons of support on the #IStandWithGavin Twitter hashtag. I was able to interview Grimm about what he’s planning for his next life phase, and what it feels like to be thrust into the public eye.

Grimm said he hopes to infiltrate the education system that failed him.

“I’m passionate about helping guide the next generation and I think being a teacher is a way to do that. Growing up, I was bullied when I entered school. I recall over the years, how many teachers failed me,” says Grimm. “Then I recall the few who really made a difference. When I think about how scary school can be for LGBTQ kids, I want to be that support for kids.”

Grimm says he wants to see a difference in the way the issue of bullying is approached on the administrative level. First, he said school boards have to actually care to do the work.

“We need zero tolerance policies for bullying that are truly zero tolerance. What I often experienced was administration members saying, we don’t really want to deal with this, or giving a slap on the wrist to the bully. Having an actual conversation that communicates, 'you will not be treating another student with such unkindness' would be so integral to making sure every student is safe,” says Grimm.

Diving deeper, Grimm revealed that his experiences being bullied also gave him more empathy for bullies themselves. Oftentimes, he says, these kids are being neglected by the education system from a very young age.

“The administrative attitude of ‘we can’t correct this problem’ often facilitated the bullying. Since I had mental health challenges from growing up being bullied, I ended up in a lot of classes where 'bad kids' were. I was briefly in a program specifically meant for kids who were at risk of falling behind, 'academic troublemakers' so to speak. I saw so many kids with potential who were intelligent and had been given up on from day one essentially,” Grimm says. “It happens so often, and it’s infuriating. It makes bullying worse, both for those kids and by them. I think the problem is so institutional it needs to change in a big way.”

When asked what caused him to extend such grace to the very kids who hurt him, Grimm shared a lightbulb moment.

“There was one kid in particular who tortured me and my brother all throughout elementary school. At one point, I leveled with him, I asked ‘why are you doing this to me? It isn’t nice.’ I got a lot of ‘I don’t know.’ Then, I noticed a lot of warning signs—he would wear scarves all the time, he wasn’t very well-liked himself so he would lash out. One time I saw there were burn marks under the scarf, and I asked him about it,” Grimm says. “I pieced it together from what he told me. His mother had been horribly abusing him. This was something the school had failed him on, and no one took into account when they managed his behavior. This was elementary school, this was a desperate kid in a bad situation that the school gave up on. You lose so many kids that way.”

Even throughout the end of his high school career, Grimm has been working to better education for others.

“I spoke at the American Federation for Teachers conference about how schools can be safer for kids, I am reached out to by teachers fairly often. I have personal conversations with people about how they can make their schools better. Often I’m invited to transgender conferences to be a panelist and talk about bullying and school affirmation. I would love to do more of that, because I think there’s so much work to be done,” Grimm says.

While he’s leaps and bounds beyond many adults in his grace and ability to communicate, Grimm says he’s currently facing a few key roadblocks in the way of his college dreams.

“My FAFSA is held up because social security and my SSA ID aren’t matching because I changed my sex and name within the social security system. My legal sex and name is Gavin, but it still hasn’t updated in the system to reflect that. So, I’m not eligible for anything through FAFSA because I can’t currently access aid, I don’t have a car, and my options are limited. I’m incredibly motivated to get to college, but there are various challenges standing in my way,” he says.

There is currently a college fund for Grimm to help offset the costs of traveling to visit schools and completing the application process. It would be an understatement to say the education system would hugely miss out if he isn’t able to attend college.

Despite his young age, the publicity of his court case has warranted a lot of messages from other young trans people looking for advice. While flattering, the pressure can be a lot to handle.

“I get a lot of messages actually, especially from younger people who reach out and need advice or express their experiences of similar situations, and that’s very touching. I’m always happy to offer what advice I can,” says Grimm, referencing his experience in the spotlight. “While I always have the best intentions, I’m just some guy and I’m not more equipped to give advice than the last guy. I have to be very careful about my words.”

When it comes to continuing to bolster and build his platform, Grimm said Twitter is key for keeping up with the evolving political conversation. Especially, given the amount of potentially threatening legislation proposed by the Trump administration towards the trans community and beyond.

“Twitter is particularly good for keeping your political points active, I do everything from retweeting news articles to making my own statements. I can care about more things publicly,” says Grimm. “On Twitter I can express discontent, I can speak out against police brutality, I can speak out against religious tyranny and when it first came out, the trans military ban.”

When asked what one statement he’d like to leave readers with, Grimm summed up his passion for education.

“If anything, I want people to know I think it’s important to stress that bullying is a very multi-faceted issue, and addressing the teaching styles that allow that behavior in the kids and to the kids is an important issue that isn’t talked about enough."

Bronwyn Isaac is a Brooklyn-based freelancer whose work can be found on Bustle, The Frisky, XoJane and other publications. Follow her on Twitter @BronwynIsaac.