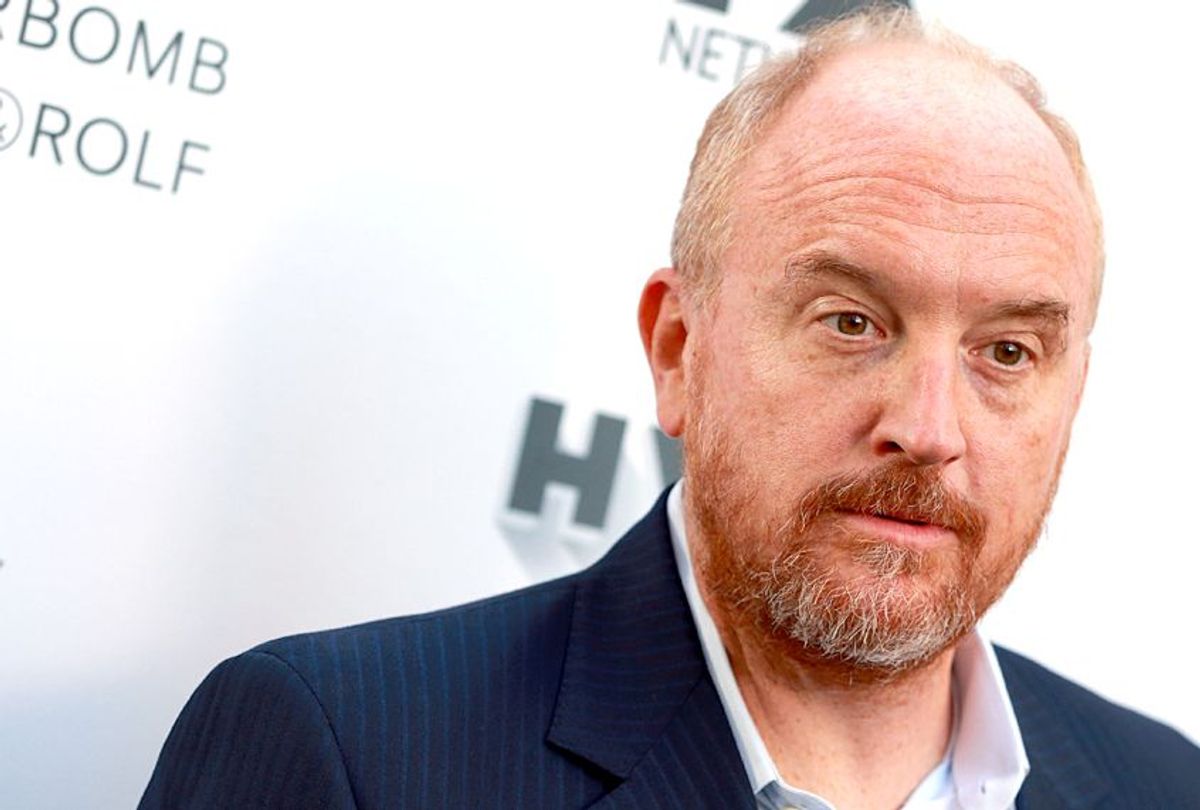 In it, he noted that he had previously asked the now-embattled performer, writer, director and producer about the allegations that he had masturbated in front of several women without their consent and that, in response, Louis C.K. had falsely denied them.

"He's my friend and it's a difficult position to be in," Maron said, adding that "there's no way to let him off the hook."

He continued, "Sadly, I knew what most people knew: There was a story out there, I guess going back several years, there were unnamed people in the story, it took place in a hotel room in Aspen. It was always out there, but then it would pick up momentum at different times."

Maron suggested that he had pushed Louis C.K. about the rumors multiple times. "I would say, ‘This story about you forcing these women to watch you jerk off, what is that, is that true?'" said Maron. "He goes, ‘No, it’s not true. It’s not real. It’s a rumor.’ And I would say, ‘Well, are you going to address it somehow? Handle it? Get out from under it whenever it shows up?’ ‘No I can’t, I can’t do that. I can’t give it life, give it air.’ That was the conversation."

It's a familiar response from Louis C.K. and, indeed, what the comedian has told every publication right up until the moment he confessed Friday to the allegations printed in The New York Times the day before.

"When people do shameful shit, they do everything they can to hide it," Maron added, "until they get caught."

About his own culpability in maintaining Louis C.K.'s good public standing, Maron said "So when it comes to believing women, I want to believe women, but in this particular instance, there was no one named in that." He continued, "There was no place for women to go tell this story, there were no women attached to it. I didn’t know their names until Friday . . . so I believed my friend."

Maron added that the power dynamics operative in Hollywood and the world in general, the fact that there's been no place for women to go to report these stories and in general, men's lack of empathy "enabled the dismissiveness of it," he said.

"The work environment, the social environment makes it difficult for people to come forward and be heard, to be listened to, to be believed, and for action to be taken around that," Maron said. "It is pushed aside, it is dismissed, it is framed as an annoyance or an embarrassment, it is used against people, it is used as a threat, that is the structure that exists in life."

"It’s hard to understand that that power dynamic is real and it exists," Maron added, "because things have been the way they are for a long time."