Why America’s future could look like a Renaissance painting 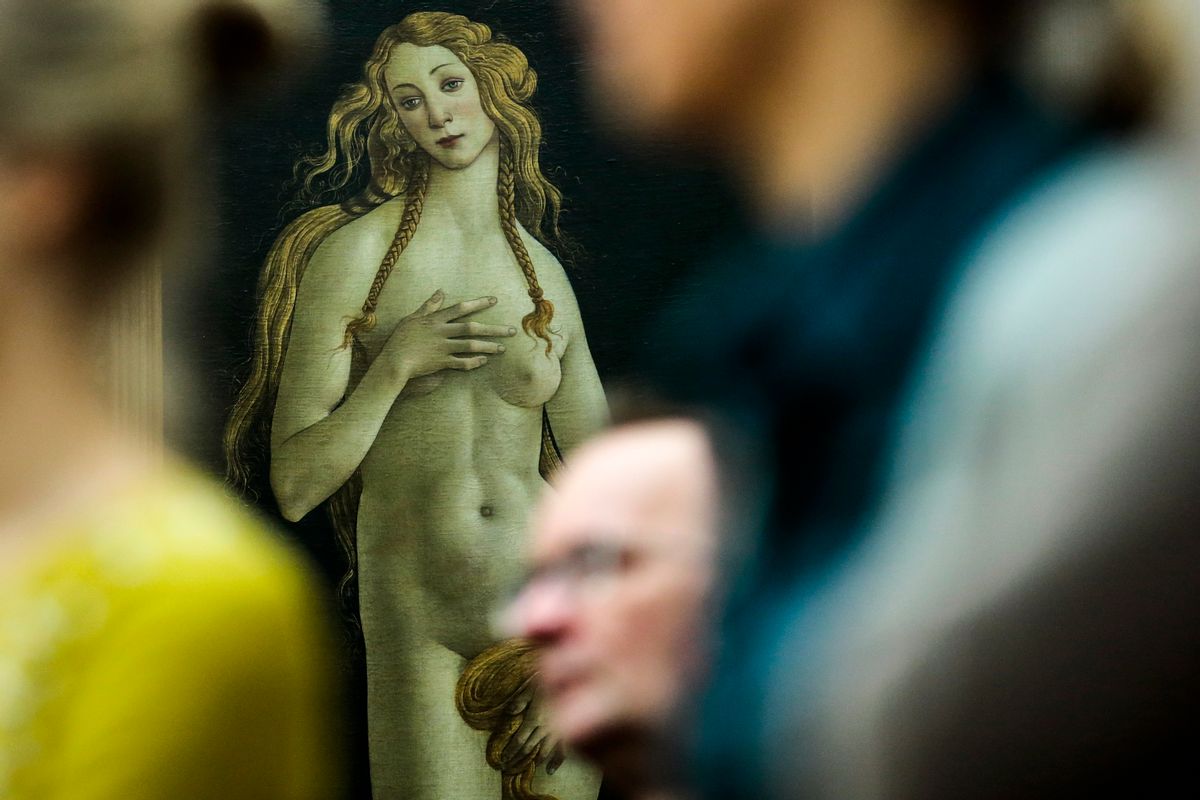 In this Thursday, Jan. 15, 2015 file photo people stand in front of the 'Venus' by Italian painter Sandro Botticelli during a news conference about the planned exhibition 'The Botticelli Renaissance' in Berlin. (AP Photo/Markus Schreiber)
--

This piece originally appeared on DCReport.org.

Bias for the super-rich, at the expense of everyone else, lies at the heart of the tax bill that Republicans hope to rush into law without public hearings. The most outrageous example of this is a plan to make sure that the richest of the rich never have to pay taxes on their investment gains.

The tax bill would not just eliminate the estate tax. It would do something far more outrageous.

The GOP/Trump tax plan would exempt all capital gains taxes from taxation at death.

That means Bill Gates, who started Microsoft with a $50,000 loan from his parents, would never be taxed on the increased value of stocks and other appreciated property he owns when his time runs out. Nor would his children, nor his children’s children. Ditto Warren Buffett, Jeff Bezos and Donald Trump.

This is how Old World-style, inherited aristocracies are created.

There is no policy justification for forgiving all capital gains at death. People should be demanding that this not come to pass unless they think the rich need more and are overly burdened by taxes—taxes they currently can defer until after they die. (For married couples, the taxes can be deferred until after the second spouse dies.)

The George W. Bush-era estate tax changes allowed an exemption for capital gains owed at death. But it was only for the taxes on $1.3 million of gains ($2.6 million for a married couple). That was bad policy, but at least it is limited to the modestly successful who saved and invested, not to people with fortunes in the billions and even tens of billions of dollars.

The reason the richest of the rich benefit is that only a minority of Americans own investments.

Most people who own stocks, real estate and other property that increases in value over time cash in their investments at various points in their lives. They pay capital gains taxes and on the after-tax balance they then pay for college for their children or pay off their mortgage or cover medical bills or cover living expenses in old age.

But if you own tens of millions or more in stocks—and a few Americans own tens of billions—you never need to sell these shares.

Indeed, during your lifetime you can borrow against them to cover your living expenses and never pay income taxes. Under the GOP and Trump tax plan, the super-rich can live tax-free and then pass their gains on to their heirs tax-free while you keep paying taxes.

This planned favor to the super-rich shifts the burden of supporting government off those who got the greatest economic benefit and adds it to the burdens of Americans who did less well in financial terms. It reminds us of what the late Leona Helmsley, a billionaire hotelier, said, according to a former housekeeper who testified at Helmsley’s 1989 income-tax evasion trial: “We don’t pay taxes; only the little people pay taxes.”

One of the most prominent tax advisers to the super rich is appalled by the bill. Jonathan Blattmachr is an estate tax lawyer so well known in his field that just mentioning his first name triggers recognition among the other 16,000 or so trust and estate lawyers. I featured Blattmachr in the opening of my book Perfectly Legal, still in print 14 years later.

Blattmachr, a card-carrying Republican, says the bill is rife with “bad, bad aspects” that amount to “a super giveaway to the rich and super-rich.”

The tax plan would add to the federal debt, which Trump ran against and which House Republicans have complained for years is a terrible economic monster that must be slain. But instead of a tax bill that would reduce the annual federal budget deficit or at least not add more than currently projected, the GOP plan will add an extra $1.5 trillion to the federal debt over a decade. The federal debt now stands at more than $20 trillion.

The increased debt will almost surely be used as justification by Republicans to cut spending. Their past plans have focused on reducing services for children, the disabled, the elderly, the hungry and the poor. In other words, the most vulnerable and least likely to fight back.

And if you own stocks through your retirement account, like an IRA or a 401(k), you not only get taxed on the gains when you sell, you pay at the higher rates for labor income rather than the lower rates applied to capital.

So, in simple terms, the plan is no taxes on the wealth of the richest of the rich, while you take on the added burden of supporting the government through more taxes, fewer services or more federal debt. Keep in mind these wise words from Blattmachr, an adviser to many of the super-rich:

“There is no such thing as tax reduction, only tax burden shifting.  When you reduce taxes on the richest Americans, those less rich will pay the difference.”