Is Donald Trump Jr. truly "not that bright"? It's time to start asking 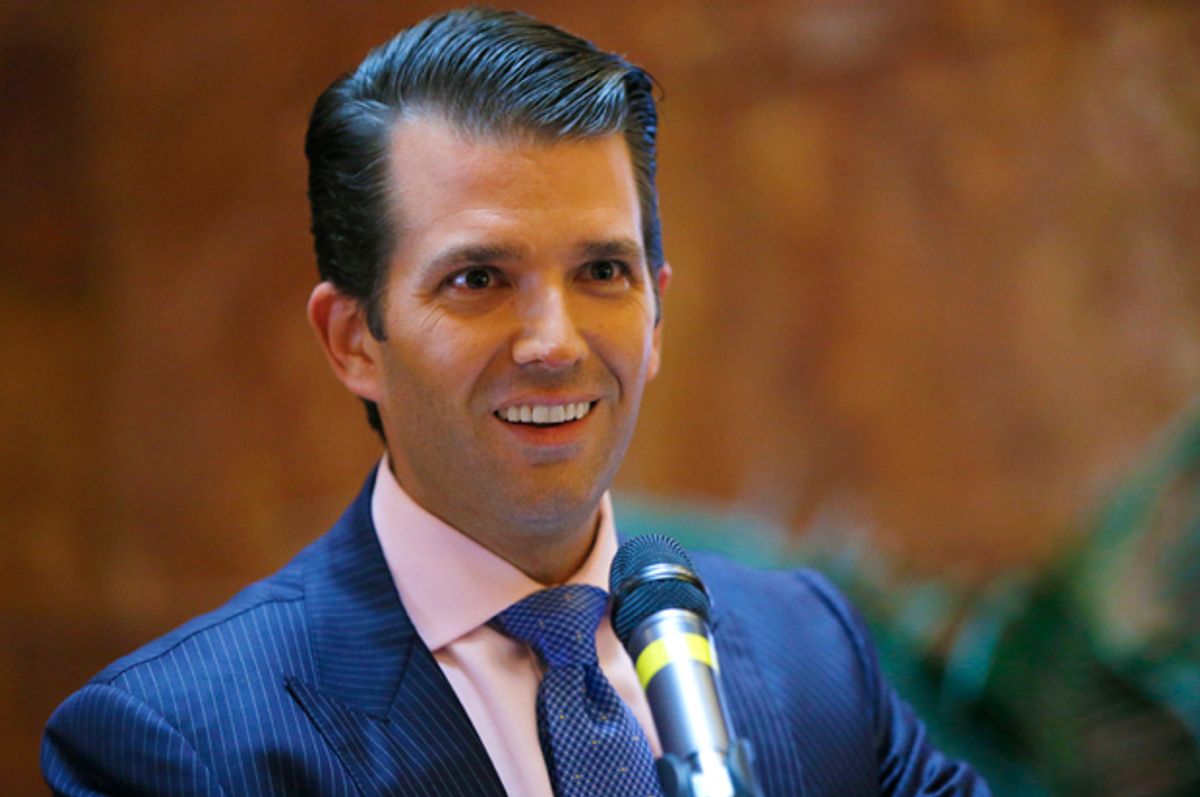 Evidence keeps piling up in the investigations into Russia's election interference, and they point to one thing: Donald Trump Jr. is not very smart.

The eldest son of President Donald Trump admitted Monday that he communicated with WikiLeaks, the whistleblower organization that released droves of hacked emails belonging to the Democratic National Committee and the Hillary Clinton campaign.

After the Atlantic reported on the correspondence, which had occurred for months over Twitter, Trump found it necessary to disclose the very direct messages Julia Ioffe mentioned.

Here is the entire chain of messages with @wikileaks (with my whopping 3 responses) which one of the congressional committees has chosen to selectively leak. How ironic! 1/3 pic.twitter.com/SiwTqWtykA

It was not the first time the president's namesake voluntarily shared private communications he had with people suspected to have ties with the Kremlin. After The New York Times reported in July that Trump Jr. had emailed a publicist connected with Russian oligarchs, Trump decided to publish the emails, which contained damaging information about the motives for his ill-fated meeting with Russian lawyer Natalia Veselnitskaya.

To the shock of everyone, Trump Jr. pulled the same exact stunt Monday, leaving everyone wondering whether Trump Jr. had just incriminated himself in the case of collusion with Russia during the 2016 election.

CNN legal analyst Jeffrey Toobin could not believe Trump Jr. repeated the same mistake he had made over the summer.

This exchange about Don Jr. is everything@ChrisCuomo: Why'd he wait?@JeffreyToobin: Because he's not that bright.

Cuomo (as an aside): Wasn't expecting that.

Toobin: All of Don Jr's behavior suggests someone who is really not a terrifically intelligent person pic.twitter.com/Z1m3JlpMQ2

Over the past two years, since Trump announced his campaign for the presidency, Trump Jr. has demonstrated an astounding lack of intellect. He has fully embraced the white-nationalist ethos his father ran on during the campaign, emboldening the Twitter trolls who proudly defend the white race. On Monday, Trump followed a known white nationalist on Twitter, whose handle reads: "It’s okay to be white. My handle is to raise awareness for Bill Clinton’s many Rape Victims. They deserve to be heard. Hi Fake News CNN!"

While it’s tempting to play up the Trump Organization vice president’s lack of intelligence, it’s hard to say he’s the dumbest member, considering the bloodline.