One year later: How do we resist Donald Trump's malignant reality?

A year after Trump's election, a numbness has set in. We must resist that too; it's poisonous to democracy 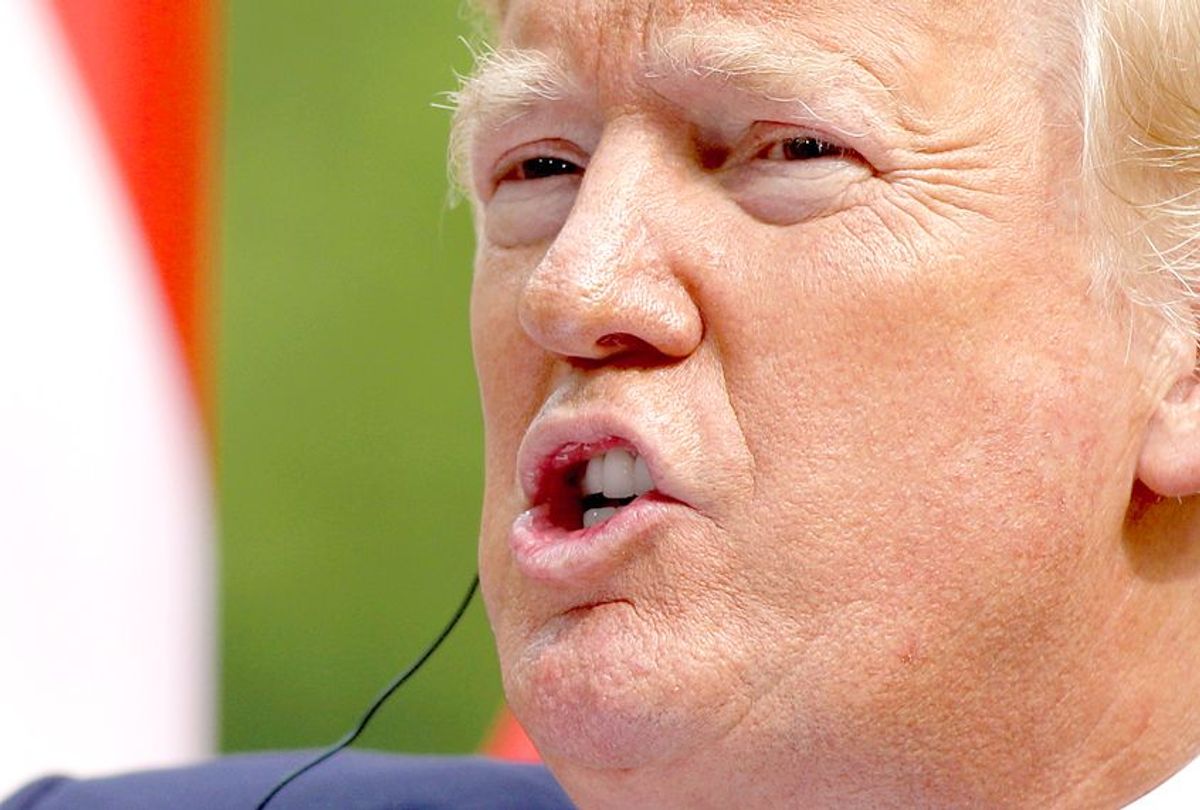 To live in America during the Age of Trump feels as if we are witnessing the last years of a dying empire. Every day brings some new happening that feels unprecedented. Unfortunately, this is not the stuff of fever dreams; it is painfully and horribly true. Trump's malignant reality has superseded our own and almost fully taken hold in America.

Again, Donald Trump has engaged in adolescent schoolyard bully behavior by name-calling at North Korean leader Kim Jong-un, the leader of North Korea. Via Twitter -- Trump's preferred means of communicating -- he said on Sunday that:

Why would Kim Jong-un insult me by calling me "old," when I would NEVER call him "short and fat?" Oh well, I try so hard to be his friend - and maybe someday that will happen!

Nuclear war and the potential deaths of millions is not a game. Trump continues to treat such outcomes as if they were.

During his trip to Asia, Donald Trump met with Russian President Vladimir Putin. Despite the near unanimous conclusion reached by the CIA, NSA, FBI and other parts of the United States intelligence and security apparatus, Trump once again appeared to deny that Putin and his agents interfered in the 2016 presidential election. On Sunday, Trump told the world: "Every time [Putin] he sees me he says, 'I didn’t do that' and I really believe that when he tells me that, he means it. . . . I think he is very insulted by it, which is not a good thing for our country."

After being condemned by Democrats and some Republicans for his repeated coddling of Putin and his defense of Russia's efforts to interfere in the 2016 election, Trump tepidly backpedaled later that day: "As to whether I believe it or not, I'm with our agencies, especially as currently constituted."

Trump appears more concerned with protecting Putin's feelings and reputation than he is in defending the United States from a foreign power. Ultimately, to live in the Age of Donald Trump is to experience the bastard child of postmodernism. Truth-testing is rejected. Facts are unimportant. The mere assertion of an opinion with no empirical basis can somehow make that claim true. Yes, the Age of Trump is a paradigm shift that has been years or decades in the making; nonetheless, it is a shock to the system.

How did this all come to pass?

There are many widely discussed factors that have led to the rise of Trumpism. They include resurgent white supremacy, an irresponsible and failing mainstream news media, consumerism, broken schools, a lack of civic literacy, weakening democratic institutions, a decades-long increase in authoritarianism among conservatives, extreme wealth inequality and the human devastation caused by neoliberalism, celebrity culture, and a destructive, irresponsible and revanchist right-wing movement and Republican Party.

But there are other dynamics which helped to birth the national (and global) crisis that is Donald Trump's presidency.

To understand these concepts is to protect oneself, at least partially, against Trump's malignant reality and those who empower it. It is essential that we document how Trump and his movement are doing abnormal things that are poisonous to a healthy democracy. It is also very necessary to resist the normalization of Trump's behavior and larger agenda by not becoming numb to the madness. Such numbness is exactly what Donald Trump and other petit-authoritarians or aspiring fascists desire. It is a feature of their strategy, not a bug or an error. But we must be careful not to suggest that Donald Trump and his regime are "unprecedented." This gives them too much power. Trump and his movement are not a riddle or a cipher. They are knowable, not mysteries. Their roots go deep in modern American and European history.

In all, the United States is in a moment of cultural illness; Trump and his movement are an infected boil on the American body politic. Philosopher Henry Giroux has described Trump's emergence this way: "His ascendancy in American politics has made visible a culture of cruelty, a contempt for civic literacy, a corrupt mode of governance and a disdain for informed judgment that has been decades in the making. It also points to the withering of civic attachments, the undoing of civic culture, the decline of public life, the erosion of any sense of shared citizenship and the death of commanding visions."

Trumpism is but a symptom. America's elites -- especially those in the Republican Party -- will not save the country. This is a task left to the American people. But as I so often ask, are the American people up to the challenge? At the one-year mark after Donald Trump's election as president, the answer remains very much in doubt.