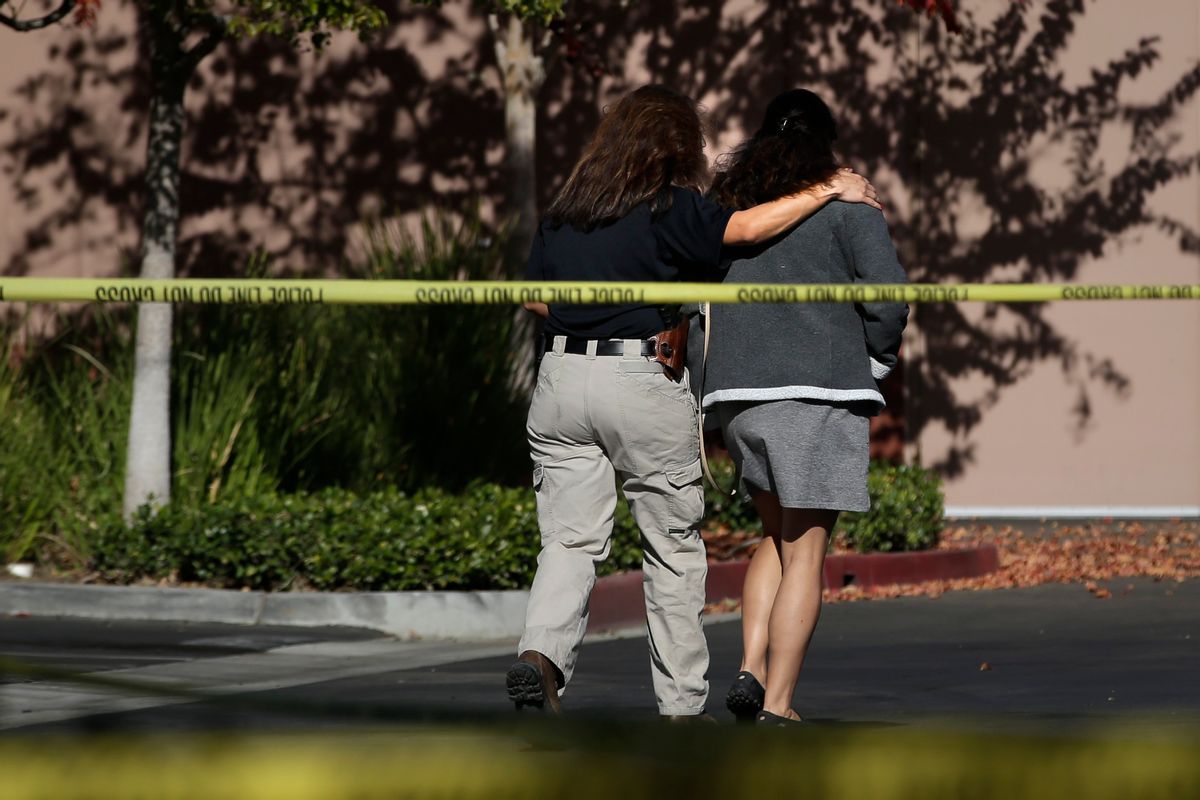 An unidentified woman, right, is comforted by an investigator at the Inland Regional Center, the site of shooting rampage that killed 14 people, Tuesday, Dec. 8, 2015, in San Bernardino, Calif. ((AP Photo/Jae C. Hong))
--

Another gunman has opened fire at random in America.

A gunman who indiscriminately picked targets during a shooting spree in Northern California on Tuesday morning killed at least four people. Several people and places, including an elementary school, were targeted in the community of Rancho Tehama Reserve, about 130 miles north of Sacramento.

The shooting is the latest in a string of violent episodes across the U.S. which have included Las Vegas and Southern Texas.

A total of ten people were injured during the spree, including two children. The unidentified gunman fired at an elementary school and a woman driving her kids to school in the rural area.

according to the Washington Post, the gunman was shot and killed when law enforcement arrived on the scene. No children were killed during the shooting spree.

"It was very clear early on that we had a subject that was randomly picking targets," Phil Johnston, an assistant sheriff in Tehama County, told reporters, according to the Post.

The incident occurred just shortly after 8 a.m. when police were hit with "multiple 911 calls of multiple different shooting sites, including the elementary school" in Rancho Tehama Reserve, less than 200 miles north of Sacramento.

There is no currently known motive behind the attack and the identity of the shooter is still being confirmed, but authorities said they found two handguns and a semiautomatic rifle, and the shooter was previously known to law enforcement, the Post reported.

Johnston said "there was a neighborhood dispute ongoing" but that authorities still didn't "know what the motives are for this individual to go on a shooting spree." Johnston also said neighbors told authorities "there was a domestic violence incident" that had involved the shooter.

The shooting is just the latest in what is already the deadliest year for mass killings in the U.S. in more than a decade. While tragedies and bodies continue to pile up, there has been little talk of increasing gun control on Capitol Hill.