Soon, everyone can read the dirt on Trump's White House

Michael Wolff has been shadowing the White House for months, documenting the strife — and now everyone is panicking 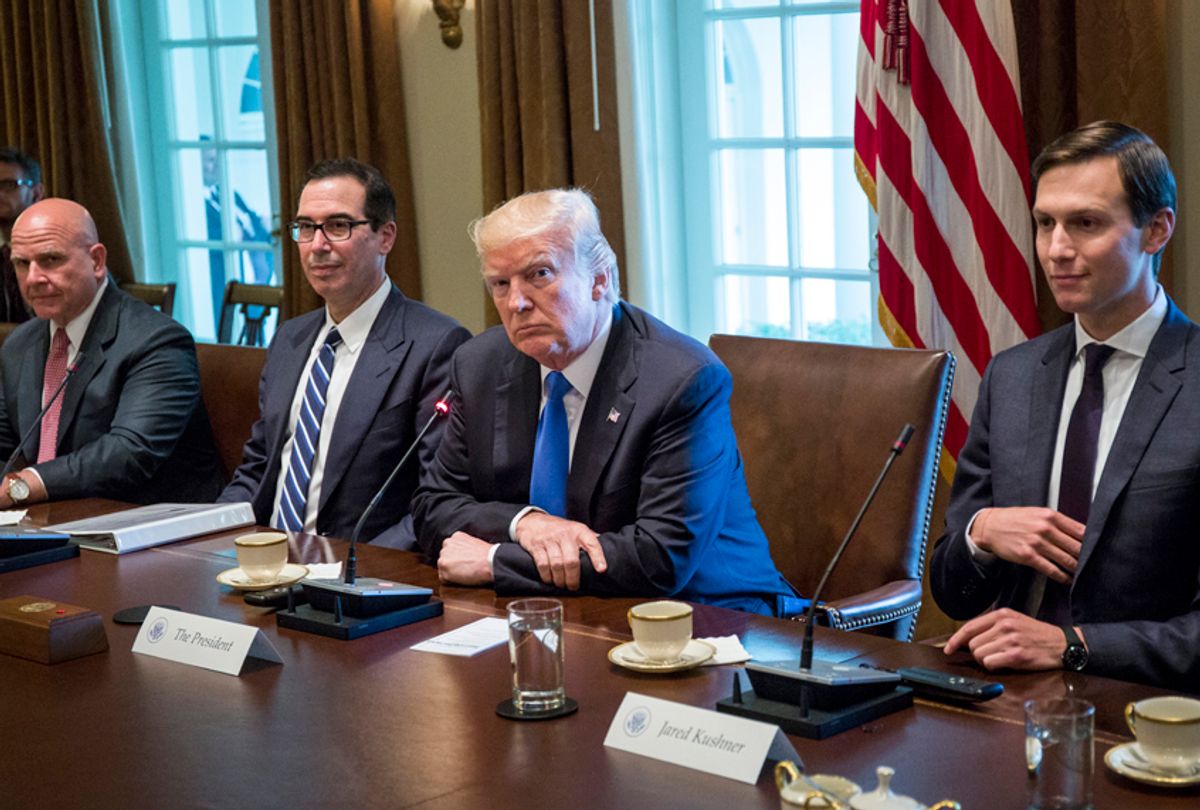 Famed columnist Michael Wolff gained extraordinary access to the Trump White House to write a new book, and now everyone on Pennsylvania Avenue is alarmed about what he might publish.

The best-selling author spent months inside Trump's West Wing, documenting the heated conversations and internal strife that has plagued President Donald Trump's first year in office. Axios reported that Wolff was often unsupervised as he witnessed first hand the instability and crumbling power structures. The new book, "Fire and Fury: Inside the Trump White House," will be published in January.

The upcoming release date apparently has everyone in the West Wing on edge. Axios reported that Trump officials and staffers have been reaching out to Wolff to figure out what their allies and enemies have been telling him.

"It's the fundamental dynamic of this White House — people divided against each other," Wolff told Axios.

The book will have a series of portraits on some of the biggest names in the White House, such as Steve Bannon, Jared Kushner, Ivanka Trump, Reince Priebus, Sean Spicer, Kellyanne Conway, Gary Cohn, Stephen Miller, Dina Powell and Hope Hicks, Axios reported. According to the upcoming release, the book is "based on more than 200 interviews with the president, most members of his senior staff, and many of the people they in turn spoke to, Wolff shows how Trump and his team careened from one crisis to the next during the administration's first nine months."

One cutting quote from the book includes: "Perhaps not since the Tudors has palace intrigue been so corrosive and lethal, nor the king so volatile and so in need of instant gratification."

Conversations with journalists and members of the press have already harmed the status of White House staffers. Former communications director Anthony Scaramucci was booted from his role just after joining as a result of an expletive-laden tirade about chief of staff Reince Priebus.

So the ensuing paranoia about the upcoming book isn't the least bit surprising. But it is odd that Wolff, who hasn't exactly been kind to Trump in his writings since January, had carte blanche to dig up dirt.

When Trump announced he would not be attending the White House Correspondents Dinner, Wolff wrote for the Hollywood Reporter:

He's not only thin-skinned, vain, defensive and way too quick to react in quite an everyman sort of way, but he also is incapable of speaking the language, even perhaps of delivering the lines, of modern cultural agreement and media class badinage.

Now everyone in the Trump administration is paranoid that unfriendly words about them will be preserved for posterity.