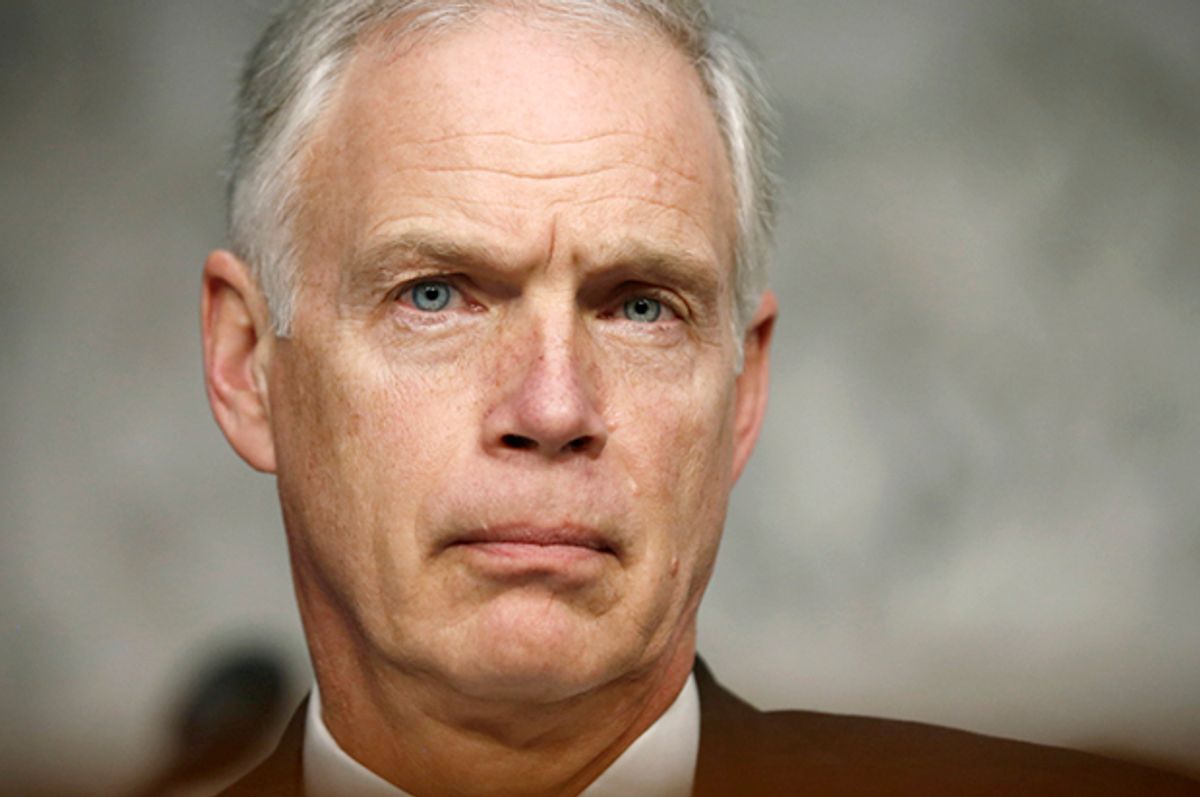 One Republican senator is so frustrated with the GOP's secretive process on tax reform and the proposed plan's transfer of wealth to benefit corporations that he announced his opposition to the bill one day before the House votes on its version.

With little room for Republicans to spare, Sen. Ron Johnson, R-Wis., explicitly said he would not be supporting the tax reform plan on Wednesday afternoon, becoming the first member of the GOP to publicly do so.

"If they can pass it without me, let them," Johnson told the Wall Street Journal. "I'm not going to vote for this tax package."

With 52 seats in the Senate and only two votes to spare, Johnson's position could end the Republican party's hopes of passing a tax reform measure and achieving a much-needed legislative victory.

Johnson is opposed to the bill, as its currently written, because he believes it disproportionately benefits corporations more than any other businesses, the WSJ reported. But Johnson also bashed the secretive process in which the Republicans have concocted the legislation.

"I don’t like that process," Johnson told the WSJ. "I find it pretty offensive, personally."

While other Republican senators such as Jeff Flake of Arizona and Susan Collins of Maine have been hesitant to overtly support the bill, Johnson became the first to express his staunch opposition. Flake has raised concerns about the federal deficit, and Collins has worked to change the bill's top individual tax rate and potentially even the corporate tax rate.

Collins says she is working to change the tax bill to raise the top individual rate, and possibly the corporate rate, to allow for more relief via state and local deduction and/or refundable child credit

The current tax reform situation is similar to the penultimate Republican health care debacle, in which the party had come just one vote shy of repealing and replacing the Affordable Care Act, with part of the reason being that a small handful of Republicans drafted the legislation in secrecy with virtually no outside input.