Two far-right websites reported on the mysterious robocall, neglecting to mention that the Post has debunked it 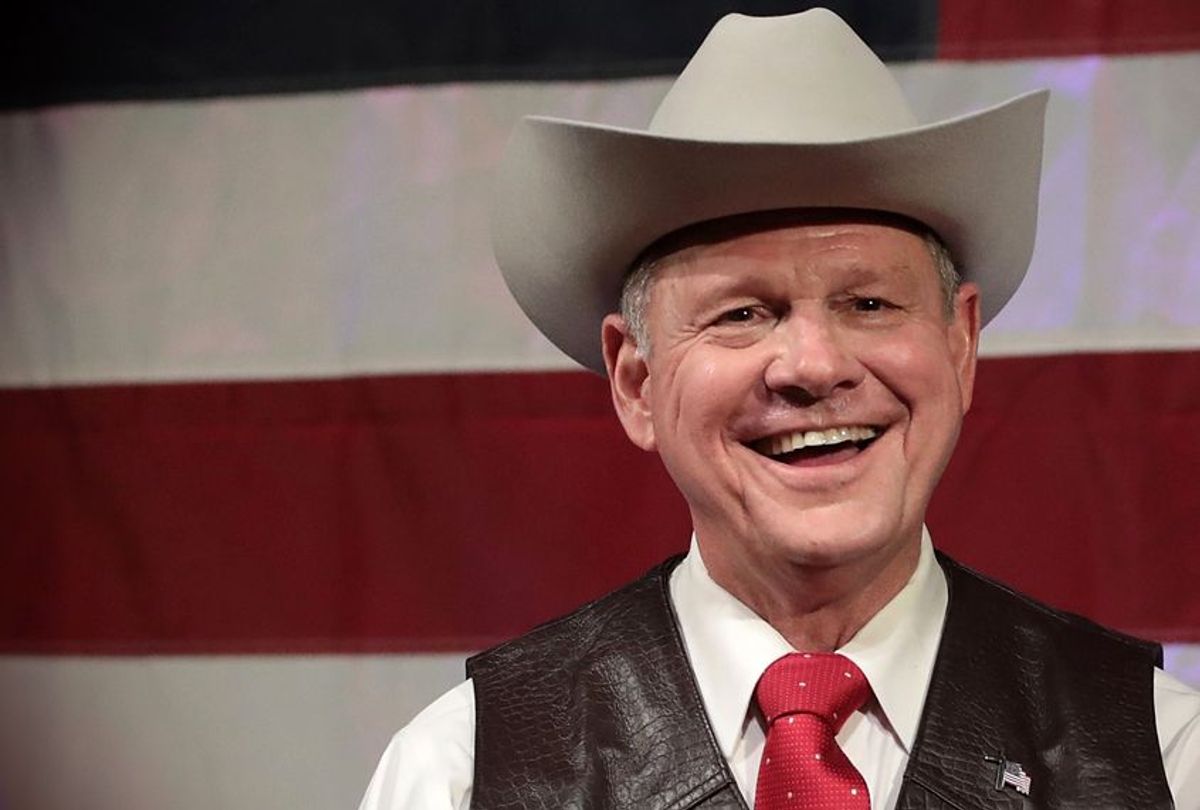 Alabama pastor Al Moore received a mysterious voicemail on Tuesday from a man who claimed to be a Washington Post reporter named "Bernie Bernstein," who said he would pay women that were "willing to make damaging remarks" about Republican Senate candidate Roy Moore.

The message was left on Moore's phone shortly after 7 a.m. on Tuesday, according to WKRG, a local CBS affiliate.

"I’m a reporter for The Washington Post calling to find out if anyone at this address is a female between the ages of 54 to 57 years old, willing to make damaging remarks about candidate Roy Moore for a reward of between $5,000 and $7,000," the message said.

The Post immediately addressed the issue and said that there was no reporter employed at the publication with that name.

Martin Baron, the newspaper's executive editor, said in a statement that reporting tactics used by the caller have "no relationship to reality."

"The Post has just learned that at least one person in Alabama has received a call from someone falsely claiming to be from The Washington Post," Baron said in a statement. "The call’s description of our reporting methods bears no relationship to reality. We are shocked and appalled that anyone would stoop to this level to discredit real journalism."

However, some far-right publications, such as Breitbart News and the Gateway Pundit, reported on the voicemail without including the key fact that's most inconvenient to their narrative — the Post debunked it.

Even Glenn Beck's The Blaze included the Post's statement in its report.

In a very brief story, Breitbart reported the news about the voice mail but did not include the statement by the Post which confirmed that the caller was not a reporter with the newspaper.

The Gateway Pundit's story only contained a small excerpt of Breitbart's reporting and contained the headline, "Alabama Robocall Claiming to be WaPo Hack Seeks Damaging info on Judge Roy Moore (Audio)." The story contained no mention of the Post's denial.

Last week, the Post published a story in which four women levied sexual abuse allegations against Moore and said that he made sexual advances on them while they were teenagers and he was in his 30s. In recent days, a fifth woman stepped forward and alleged that Moore sexually assaulted her in 1977, when she was 16 years old.