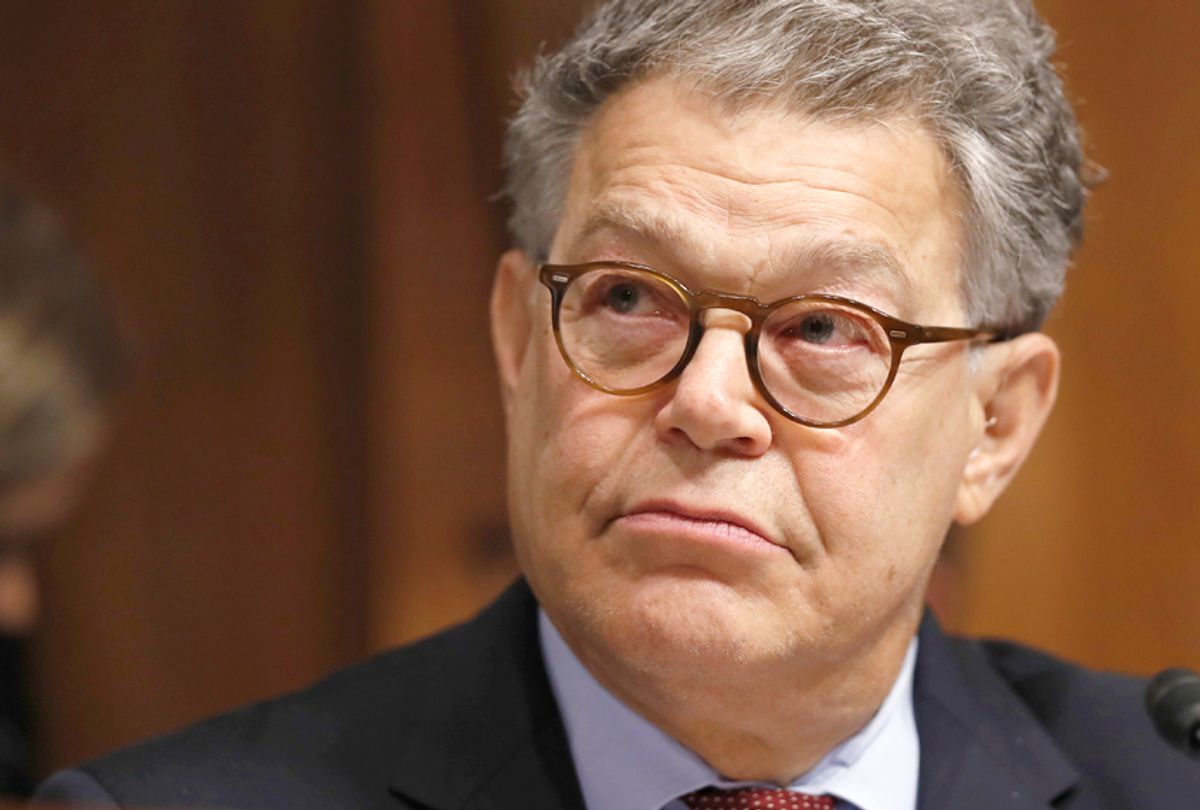 Leeann Tweeden, a news anchor in Los Angeles, has accused Sen. Al Franken, D-Minn.,  of kissing her without consent and then groping her while she was sleeping in 2006.

Tweeden recounts an alleged encounter with Franken, on the KABC website, the broadcasting station where she works. In the editorial, she claims that she met Franken during a USO Tour to entertain troops deployed in the Middle East. Franken was the headliner.

"Franken had written some skits for the show and brought props and costumes to go along with them," Tweeden writes. "Like many USO shows before and since, the skits were full of sexual innuendo geared toward a young, male audience."

She says that she was only planning to emcee the show, but Franken had written a part for Tweeden in which the two were supposed to kiss. "I suspected what he was after, but I figured I could turn my head at the last minute, or put my hand over his mouth, to get more laughs from the crowd," she writes.

Tweeden alleges that Franken pressed her to "rehearse the kiss," adding that "he continued to insist, and I was beginning to get uncomfortable." Tweeden continues, "I said ‘OK’ so he would stop badgering me. We did the line leading up to the kiss and then he came at me, put his hand on the back of my head, mashed his lips against mine and aggressively stuck his tongue in my mouth."

Tweeden says she pushed him off but she "felt disgusted and violated."

Tweeden adds that "it didn't stop there." She says that after she fell asleep during the plane ride home, he groped her breasts. She was unaware of the alleged assault until sometime afterwards. "It wasn’t until I was back in the US and looking through the CD of photos we were given by the photographer that I saw this one":

"I couldn’t believe it. He groped me, without my consent, while I was asleep," Tweeden writes. "I felt violated all over again. Embarrassed. Belittled. Humiliated. How dare anyone grab my breasts like this and think it’s funny?"

Tweeden says that given the sexual misconduct allegations front and center in the news, she no longer feels intimidated about coming forward with her story. "I’m still angry at what Al Franken did to me," she says. "I’m telling my story because there may be others."

NBC's Asher Klein received this statement from Franken: "I certainly don’t remember the rehearsal for the skit in the same way, but I send my sincerest apologies to Leeann. As to the photo, it was clearly intended to be funny but wasn't. I shouldn't have done it."

Just got a response from @alfranken: "I certainly don’t remember the rehearsal for the skit in the same way, but I send my sincerest apologies to Leeann. As to the photo, it was clearly intended to be funny but wasn't. I shouldn't have done it."

Already Senate majority leader Mitch McConnell (R-KY) is calling for an investigation into Tweeden's claims, saying in a statement, "As with all credible allegations of sexual harassment or assault, I believe the Ethics Committee should review the matter.” He added, “I hope the Democratic leader will join me on this. Regardless of party, harassment and assault are completely unacceptable — in the workplace or anywhere else.”