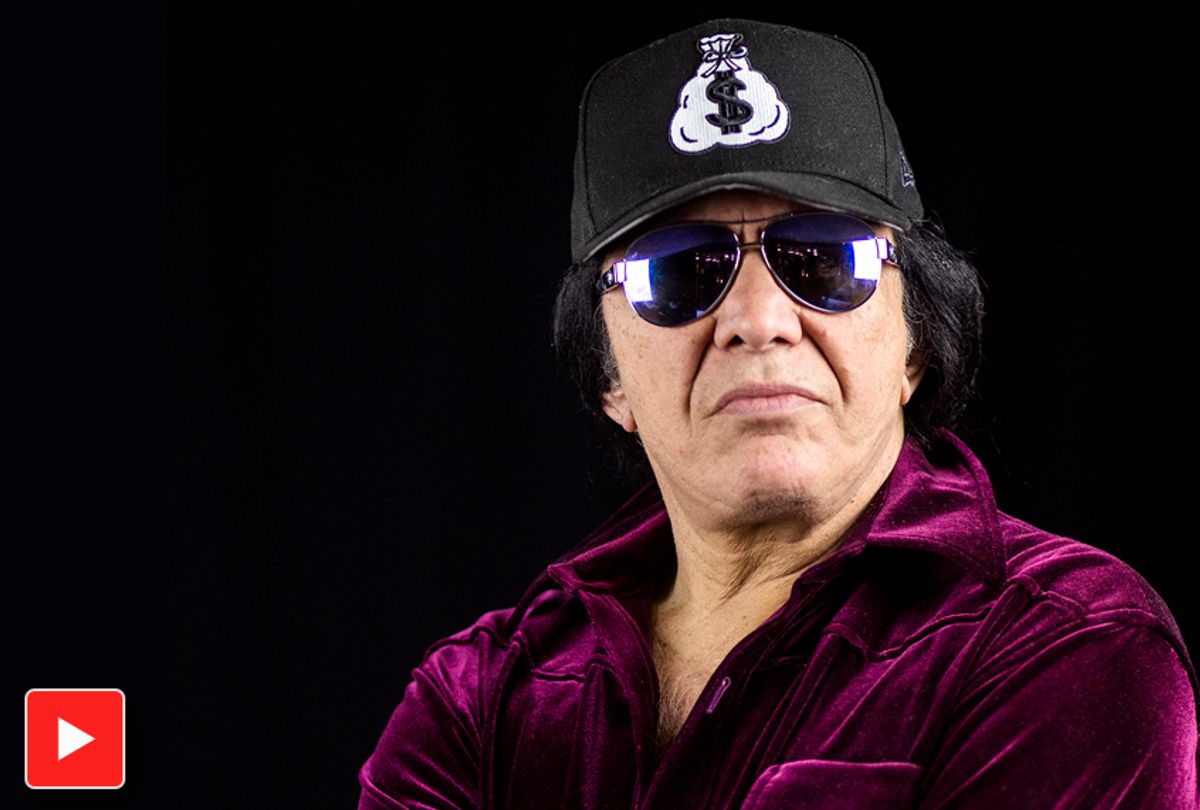 Gene Simmons, the lead singer of the '70s-era bubblegum rock band Kiss, has reinvented himself in the 21st century as an icon of late capitalism.

Much like a pre-politics Donald Trump, Simmons markets himself as a “brand” whose claim to entrepreneurship rests largely on selling Kiss and his own famous name to slap on books, beers, and other products. He also, unsurprisingly, sells books about how you, too, can be rich just like him.

He stopped by "Salon Talks" to pontificate on the nature of capitalism and other topics, while promoting his book, “On Power: My Journey Through the Corridors of Power and How You Can Get More Power.”

“Love is the most powerful thing in the world. No, it’s not! Money is. Money’s the root of all evil. You’re wrong! Really, I know you’re well-intentioned,” he said, during his stream-of-consciousness opining. “Even if you’re a jackass and an evil guy, the rich create jobs."

Simmons is well-known for his strongly held, profoundly regressive views on women. He did not hold back when visiting Salon. “Half the world’s population are the male of the species. We are visually stimulated,” Simmons argued.

Simmons indicated that he supports women who want to come to work in a “potato sack," but he made it clear that he felt that choice, while legal, is ill-advised. Watch the video above to find out what he thinks about male vs. female sexuality.

And, watch our full "Salon Talks" conversation on Facebook.

Gene Simmons Kiss On Power: My Journey Through The Corridors Of Power And How You Can Get More Power Original Video Salon Talks