Tax breaks for the rich, while the GOP targets healthcare safety nets for society's most vulnerable 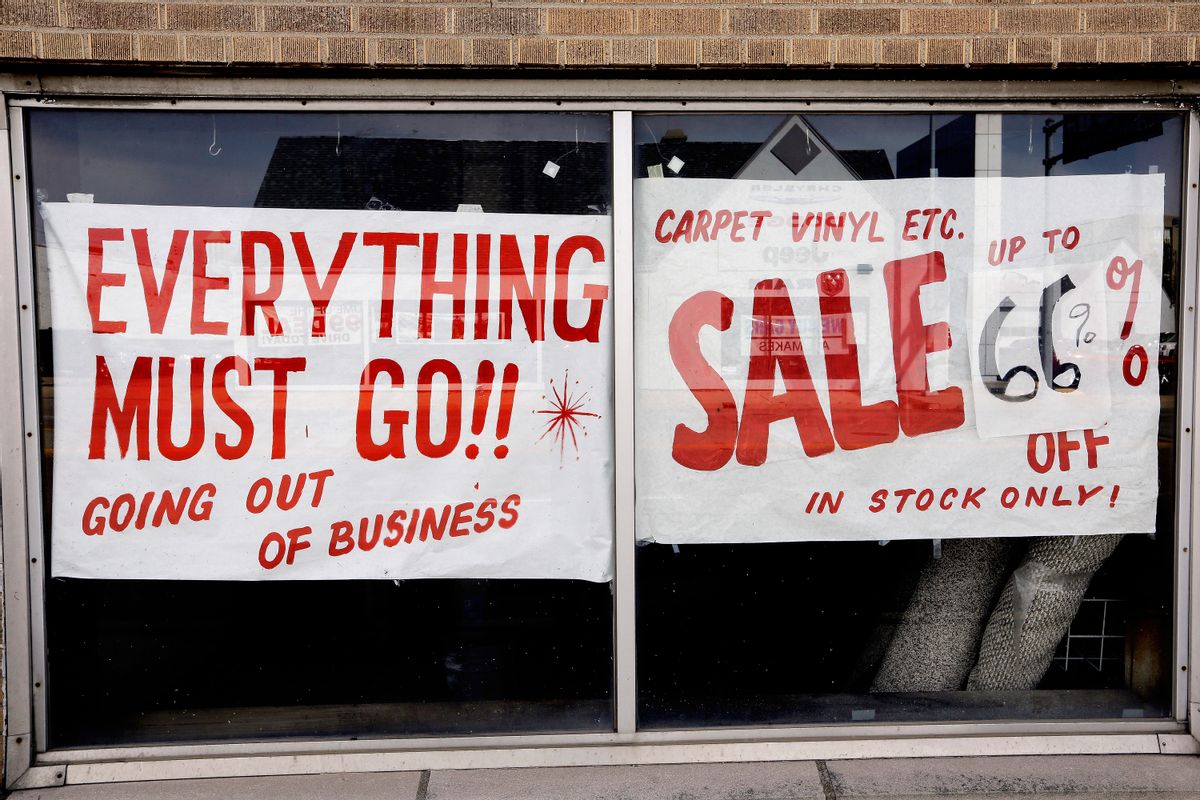 The House and Senate Republican tax bills continue the GOP’s war on financially vulnerable Americans, underscoring yet again that the GOP will stop at nothing to take away benefits from any person, in any state, who might vote blue.

Both chambers’ slightly differing proposals eliminate the current federal income tax deduction for state and local taxes, hitting hard at blue high-tax states such as New York, New Jersey, Illinois and California, and amounting to a big transfer of wealth to lower-tax red-state America. In addition, the mean-spirited and brazenly partisan fine print would deny deductions for fire and earthquake victims (California), but keep them for hurricane losses (Florida and Texas).

But most of all, the poster child for the GOP’s latest version of “I’ve got mine, go get yours” public policy is the House bill’s proposal to end a federal income tax deduction for medical expenses if those costs exceed 10 percent of one's adjusted gross income. Should that measure, or some version of it, emerge in the final bill—such as imposing a cap limiting deductions — it would be devastating to households with disabled family members or those who incur high medical costs, such as seniors or children.

“By taking away medical deductions from personal income taxes, the Republican proposal would hurt older citizens with greater medical needs, people with disabilities and chronic medical conditions, and families with children who have congenital or genetic disorders and disabilities,” said a fact sheet from Sen. Bob Casey, D-PA, the top Democrat on the Senate Special Committee on Aging. “Almost 8.8 million households claimed the medical deduction in 2015. The average deduction claimed was close to $10,000 and the cost of deducting long-term care could be ten times that amount.”

The real-life implications of ending this deduction would be nightmarish for people with disabilities, seniors facing mounting chronic conditions, their families and caregivers, noted Elizabeth Picciuto in tThe Daily Beast.

“Depending on individual circumstances, people who pay out-of-pocket for personal care assistants and durable medical equipment would be among those experiencing the most calamitous repercussions,” she wrote. “Someone who needs a new power wheelchair to get to work and recreational events may have to fork over tens of thousands of dollars. A caregiver who can only maintain a full-time career if she hires a personal care assistant to provide care for an aging parent may be forced to quit her job. A disabled person who can live independently in the community so long as he has a personal care assistant may have to live in a nursing home instead.”

These scenarios are exactly the opposite of what the Trump administration’s salespeople are saying in their scripted appearances across America.

“It’s going to be tax cuts that's focused on working families, small businesses and family farms,” he continued. “It’s going to be tax cuts that are focused on making American businesses more competitive by lowering the corporate tax rate in America so companies here in Indiana and around this country can compete with companies anywhere in the world.”

The Senate Special Committee on Aging Democratic staff have looked at how the proposed tax bills, in tandem with the GOP’s budget plan, would impact the healthcare expenses of typical households. It would not be a miracle, but a medical, emotional and fiscal disaster, depending on one’s personal health and savings, because Republicans want to offset their $1.5 trillion tax cut by cutting about the same amount from government healthcare safety nets for seniors and the most vulnerable.

“This tax scheme is part of a two-step plan: cut taxes for the wealthy now and pay for tax cuts later,” the Senate Democratic analysis said. “The Republican tax plan increases the deficit by $1.5 trillion, and the Republican budget plan would cut approximately $1 trillion from Medicaid [the state-run program for low-income people, including those receiving Obamacare assistance] and $470 billion from Medicare [the federal healthcare program for those age 65 and older].”

“To realize these cuts, Medicaid per-capita caps or block grants could be instituted, requiring states to increase taxes or cut needed care, like nursing home services and home care,” the Senate analysis continued. “Proposals to cut benefits or shift higher health care costs to older adults and people with disabilities could also be used to pay for tax cuts, such as turning Medicare into a voucher program, raising the eligibility age from 65 to 67, or increasing cost-sharing.”

The GOP’s tax-cut salesman like Pence are talking in broad strokes with bumper-sticker generalities. They know that’s not how government programs work. In real life, these programs are interconnected and layered, especially when it comes to taxes and healthcare. The GOP knows what it is doing and wants to gut federal social safety nets or force states to pay for these programs — especially blue states.

This juncture is where the GOP tax proposals and budget plan are particularly insidious. The GOP proposal to end the local and state deduction would not just raise taxes for residents of those states. (The House bill caps it at $10,000; the Senate bill ends it). Ending this deduction in tandem with a GOP budget that reeled in federal safety nets would leave the hardest-hit states facing additional local tax increases to keep current government-supported services.

“Removing the deduction would make it harder for states to raise revenues, further squeezing already tight budgets that help pay for Medicaid, education, transportation, and other local services important to older Americans, people with disabilities, and families,” the Senate Democratic analysis said.

If states don’t raise taxes to make up this loss — and nobody in power in blue California proposed that earlier this year when the GOP was pushing its Obamacare repeal — then families would pay.

People in affected states would be left with no choice but to tap life savings — many of which were set aside in pre-tax accounts, the Senate analysis said, which would then be subject to taxes. Thus, if the GOP tax plan and budget become reality, it would not be a “middle-class miracle.” It would become a middle-class bludgeoning.

“If older Americans and individuals with disabilities can’t deduct their medical expenses, many will likely need to draw down more resources from tax-deferred accounts,” the Senate analysis said. “Distribution from this type of account is considered income. The more income reported, the more an individual’s Social Security benefit could be taxed.”

Congressional Republicans are so desperate for a political victory built around their pledge to cut corporate taxes that they are doing exactly what they did in last summer’s Obamacare debacle: throwing anyone who might be served by federal safety nets — people they assume are more likely to vote for Dems—under the bus. They are also trying to seize tax revenue from blue states to send to red states.

However, anyone with an elderly family member who has serious medical needs or a disabled relative or child with chronic conditions is about to get slammed — if these tax and budget plans pass as is.

It remains to be seen if the Democrats will mount as forceful and personally resonant an opposition as they did with Obamacare, where House members noted how many tens of thousands of people in Republican districts would be hurt if the GOP’s bill passed. But the Democratic staff analysis by the Senate Special Committee on Aging suggests that the party grasps the big picture and how harsh it is.