Abby Honold asked Al Franken to sponsor a bill to help victims. Now she wants a woman in the Senate to take over 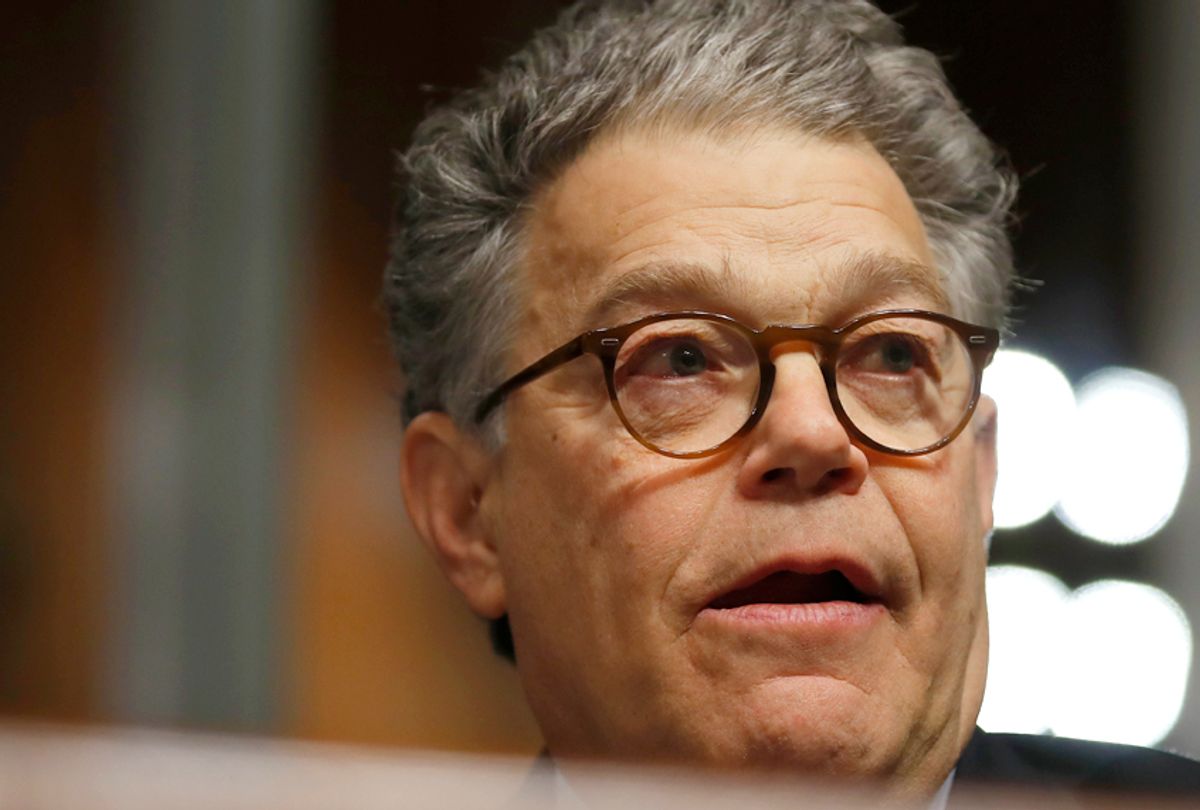 One rape survivor and sexual assault advocate is saying she no longer wants Sen. Al Franken to sponsor to help survivors of sexual abuse in light of charges that the Minnesota Democrat groped and forcibly kissed a woman in 2006.

Franken was set to introduce the bill, which would provide federal funding for law enforcement training on how to better interview victims of trauma, later this month.

Now-22-year-old Abby Honold, who was raped when she was a junior at the University of Minnesota in 2014, is desperate to find any other senator to replace Franken’s name on the bill. The difficulty Honold had getting justice — the perpetrator, Daniel Drill-Mellum, eventual pled guilty to criminal sexual conduct in 2016 and is now serving a six-year prison sentence — inspired her to initially reach out to Franken’s office for help. Drill-Mellum had interned for Franken’s office.

One of the Minnesota Democratic signature issues as a lawmaker has been supporting survivors of sexual and domestic violence. Franken introduced a provision to the 2010 defense appropriations bill banning federal funding for “defense contractors who forced employees to mandatory binding arbitration in the case of rape, assault, wrongful imprisonment, harassment, and discrimination.” He has twice introduced a bill to “eliminate forced arbitration clauses in employment, consumer, and civil rights cases,” which critics say often keeps survivors of sexual harassment unfairly silenced. Last month, after publicly condemning Harvey Weinstein, Franken gave the campaign contributions he had received from the media mogul to the Minnesota Indian Women's resource center.

“He was one of the few people who listened to me and actually let me talk,” Honold explained to The Washington Post. “It felt really validating to be heard and to see something come of my experience that was positive for other people.”

But Honold called Franken’s office on Thursday shortly after commentator Leann Tweeden published her 2006 account with the then-comedian. Tweeden produced photographic evidence of Franken fondling her breast as she slept on a return flight from a USO tour in Afghanistan. According to Tweeden, Franken also forced himself on her early that day.

“I was really heartbroken and disgusted, and I really wanted to send support to the victims involved,” Honold told the local ABC affiliate in Minneapolis. “It’s so difficult to see that from someone you know and someone you trust,” she added the Minneapolis Star-Tribune.

She said she now wants to find another sponsor for the bill, preferably a woman.

Franken has since apologized three times, including a personal apology to Tweeden, which she read, in part, on “The View” Friday.