Trace Lysette, an actor on the series, claims he told her "I want to attack you sexually" and rubbed up against her 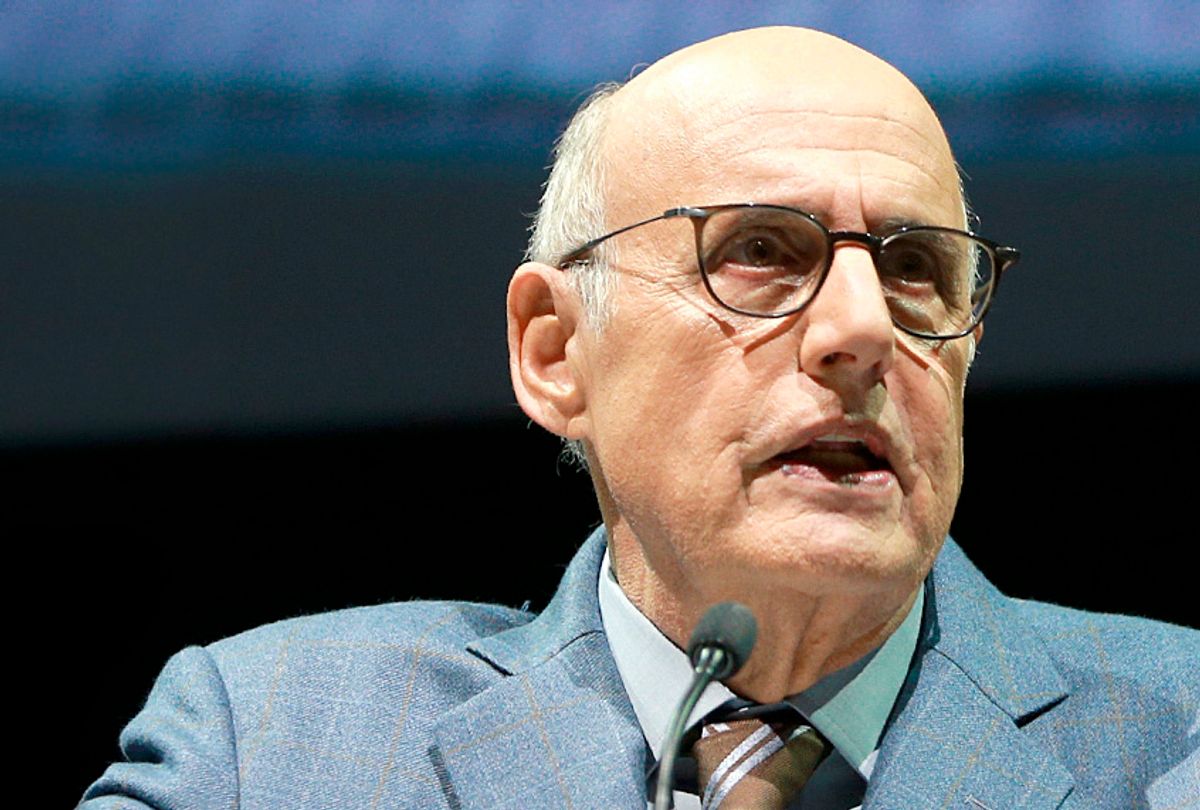 "Transparent" star Jeffrey Tambor has been accused of sexual harassment by second woman who worked on the set of the hit Amazon series, this time one of his co-stars.

Actor Trace Lysette described a specific incident during the filming of season two of the series in which she emerged from her wardrobe in costume, described as "a salmon-colored lingerie top and matching short-shorts." She alleges Tambor said to her at the time, "My God, Trace. I want to attack you sexually."

Alexandra Billings, a third actor who was present when the comments were made, corroborated Lysette's story. Billings said the two "laughed it off because it was so absurd."

However only minutes later, Tambor, who was also in costume at this point, approached Lysette from behind.

"He came in close, put his bare feet on top of mine so I could not move, leaned his body against me, and began quick, discreet thrusts back and forth against my body. I felt his penis on my hip through his thin pajamas," Lysette's statement said.

Lysette said she rolled her eyes and pushed him away. Claims that while there were other crew members present nearby, "they were focused on their jobs. It was discreet. If you were behind Jeffrey you might have thought he was giving me a hug." Lysette called on Amazon to remove Tambor from the show.

In a private post on social media earlier this month, Tambor's ex-assistant Van Barnes, who like Lysette is a trans woman, accused him of still-unclear inappropriate behavior. Tambor denied Barnes' allegations, called them "baseless."

Amazon Studios had already launched an investigation in Barnes accusations against. Tambor. Lysette's will now be added to the probe, according to The Hollywood Reporter.

In a statement to THR, Tambor denied being a predator:

For the past four years, I’ve had the huge privilege — and huge responsibility — of playing Maura Pfefferman, a transgender woman, in a show that I know has had an enormous, positive impact on a community that has been too long dismissed and misunderstood. Now I find myself accused of behavior that any civilized person would condemn unreservedly. I know I haven’t always been the easiest person to work with. I can be volatile and ill-tempered, and too often I express my opinions harshly and without tact. But I have never been a predator — ever. I am deeply sorry if any action of mine was ever misinterpreted by anyone as being sexually aggressive or if I ever offended or hurt anyone. But the fact is, for all my flaws, I am not a predator and the idea that someone might see me in that way is more distressing than I can express.