What role did the legendary artist play in the recording of one of rock music's most iconic albums? 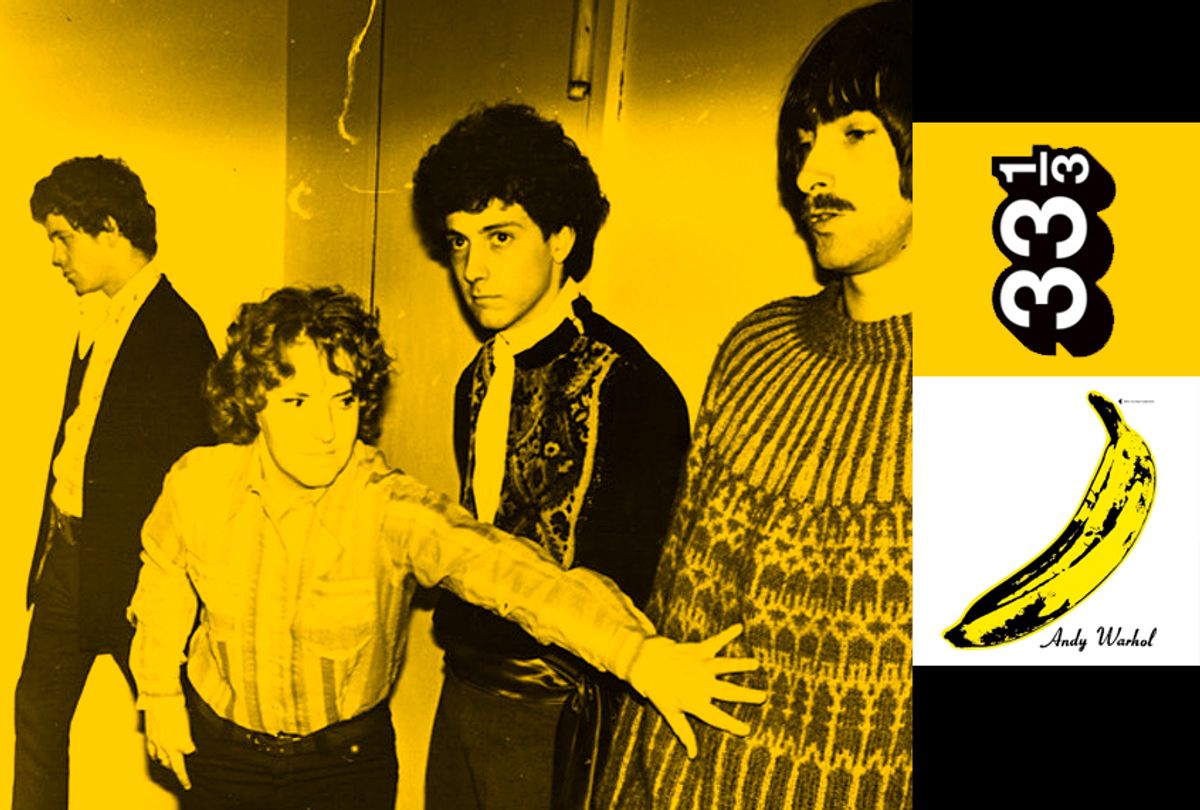 In hands-on terms [John] Cale has said, "Andy Warhol didn't do anything." Warhol's unique style might disqualify him from the title of "producer" at all, making him effectively an executive producer. But Warhol's role, and his effect as producer cannot be denied. You could say he produced the producers as well as the band. Longtime friend of the band, rock manager and A&R legend Danny Fields spoke eloquently on the subject in "Uptight: The Velvet Underground Story":

Andy doesn't know how to translate ideas into musical terms . . . Andy . . . was making them sound like he knew they sounded at the Factory. That's what I would do if I were an amateur at production . . . What Andy did was very generously reproduce . . . the way it sounded to him when he first fell in love with it.

The group had their sound together before meeting Warhol. They had Lou Reed's experience at Pickwick [Records] to prepare them for the studio's technical challenges, and the good fortune to luck into [Norman] Dolph and [John] Licata at the right moment. In Los Angeles fortune smiled again, and they added Tom Wilson's expertise as well. So there was no need at all for Warhol to be a knob twiddler—which he clearly wasn't.

Reed: Andy was the producer and Andy was in fact behind the board gazing with rapt fascination . . .
Cale: . . . at all the blinking lights.
Reed: . . . At all the blinking lights. He just made it possible for us to be ourselves and go right ahead with it because he was Andy Warhol. In a sense he really did produce it, because he was this umbrella that absorbed all the attacks when we weren't large enough to be attacked . . . as a consequence of him being the producer, we'd just walk in and set up and do what we always did and no one would stop it because Andy was the producer. Of course he didn't know anything about record production—but he didn't have to. He just sat there and said "Oooh, that's fantastic," and the engineer would say, "Oh yeah! Right! It is fantastic, isn't it?”

This alone made Warhol indispensable to the album. But, of course, he did more than that. Fricke calls Warhol "a specialist in subtly engineered collisions of people and ideas,' and in that role Warhol (with help from Paul Morrissey) coaxed the group into accepting Nico as a vocalist, completing the chemistry that makes the album so amazing. He was also the umbrella under which Dolph in New York and Wilson in LA (and later New York) worked, unfettered by label interference. And he got the album heard, for even if Dolph and Wilson had done brilliant work, without the carte blanche Warhol provided it's doubtful the recording would have made it onto vinyl. Thus, Warhol did precisely what a great producer should: he achieved an effective translation of the sound that the band heard in their heads on to tape, and then he got it out into the world in tact.

A trade-off of Warhol's inexperience in the studio could have been a disastrous loss in Sonic clarity. Cale also claimed that Norman Dolph "didn't understand the first f**king thing about recording . . . he didn't know what the hell he had on his hands,' and while Dolph didn't dispute the charges (he responds "nobody knew what they were doing"), I think Cale's criticism is way off the mark. First of all, with Cale filling the role of creative producer without portfolio, Dolph says:

I never felt I had the authority to pick takes, or veto them—that, to me, was clearly up to Cale, Reed and Morrison . . . Lou Reed was more the one who'd say "this needs to be a little hotter," he made decisions about technical things . . . and the mixing was really between Cale, Sterling and John Licata, 'cause that was all, again, done in real time.

As for sound quality, over-saturated tapes caused some audible distortion, and noise from less-than-perfect overdubs is also in evidence. But considering the unprecedented Sonic attack in songs like "European Son” and "Black Angel's Death Song,” which few engineers would have been comfortable capturing (or tolerating) in 1966, you have to agree that the Dolph-Licata team performed brilliantly. Any doubts on that score can be dispelled with a few “this is what might have been” moments of comparative listening to Reed's primitive-sounding Pickwick recordings, which aren't even in the same ballpark as Licata's engineering work. And any noise/distortion issues on the LP detract little from the overall listening experience. Moreover, the band happily accepted these slight technical shortfalls at the time, and-whether by their own design or Warhol’s—band and producer shared an aesthetic that made errors part of the modus operandi. Reed noted:

I was worried that it would all come out sounding too professional . . . one of the things that was so great about them was they always sounded so raw and crude. Raw and crude was the way I liked our movies to look, and there's a similarity between sound in that album and the texture of "Chelsea Girls," which came out at the same time.

The studio approach they took, as recalled by Dolph, left little threat of things sounding too professional:

From a take-wise point of view you weren't presented with many options. They either got it right, or broke down, or did a couple of takes; but it wasn't as though you got 17 takes . . . either you chose this one or you chose that one and then you went on and did the next one. Usually they'd do a piece of one and then come in and listen to it. If one got largely through and it broke down, they'd come in and listen to it and say "yeah that sounds like we got it right”; or, if one got all the way through, they'd come in and either buy it, or adjust the mix or do it again. But there were not a whole lot of complete takes.