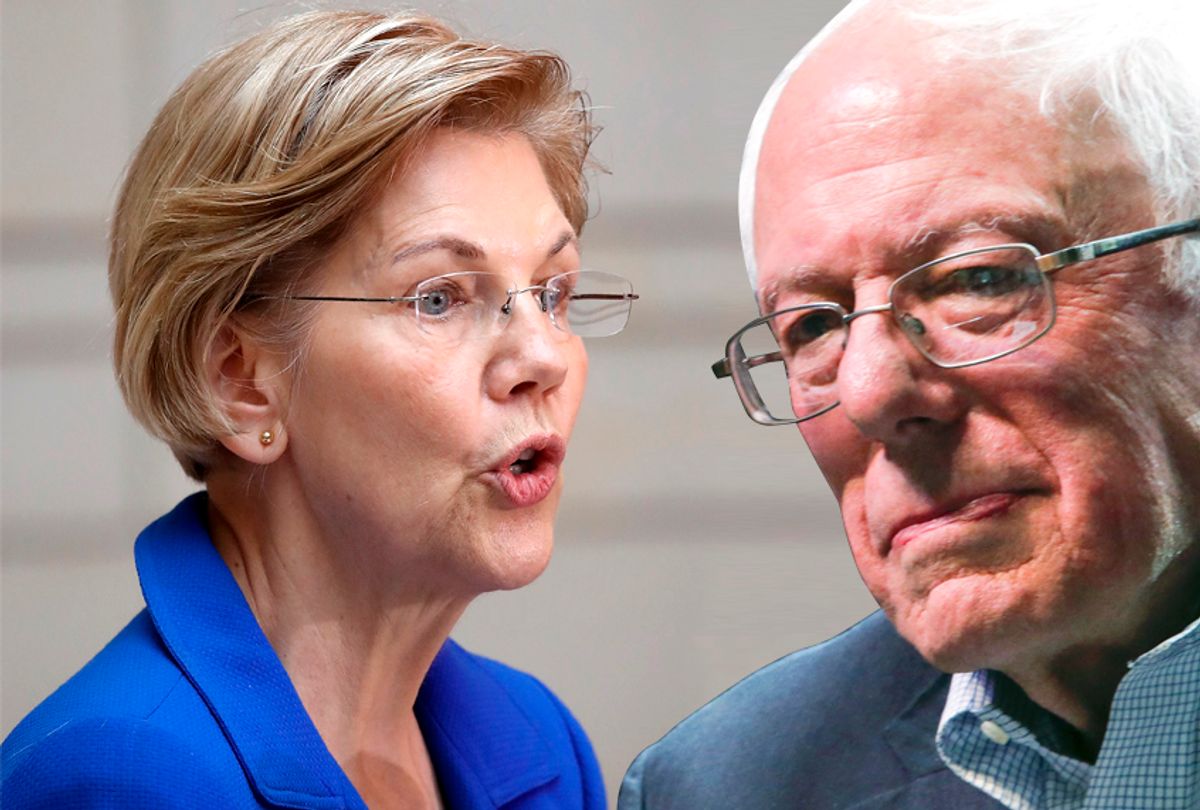 In a recent interview on MSNBC, Democratic Party megadonor Stephen Cloobeck blasted his party’s leadership for embracing the populist rhetoric of Bernie Sanders and Elizabeth Warren, and threatened to cut off funds to the party if it moves too far left. “It drives me nuts,” complained Cloobeck, the founder and former CEO of Diamond Resorts International, who is reportedly worth around $100 million. “So much so it would make me quit the party. And I’ve made it very clear [to the Democratic leadership]; I’ll cut your money off. And others will do the same. We’ve had enough.”

Cloobeck was particularly aggrieved by certain Democratic politicians' recent choice of words: “It is very disturbing when I hear the millionaire or billionaire word, and I’ve told them to stop it, knock it off. … If you use the term 'billionaire' again, I’m done.”

Around the same time that Cloobeck was professing outrage at the word billionaire, as if it were an ethnic slur used against a persecuted minority, America’s most prominent critic of the “billionaire class” was offering very different advice to the Democratic Party. “The party cannot remain an institution largely dominated by the wealthy and inside-the-Beltway consultants,” wrote Sen. Bernie Sanders in a column for Politico Magazine, in which he argued that the party must open its doors and “welcome into its ranks millions of working people and young people who desperately want to be involved in determining the future of our nation.”

“The future of Democratic Party institutions,” the senator continued, “has everything to do with whether or not Democrats have the grass-roots energy to effectively take on Trump, the Republican Party and their reactionary agenda.”

One of the fundamental problems with the Democratic Party today, according to Sanders, is that it is largely beholden to monied interests, and that wealthy donors like Cloobeck can hold the party hostage whenever it steps out of line or fails to adequately serve the interests of concentrated wealth. By threatening to cut the party off if it doesn’t “knock it off” and revert to neoliberal centrism, Cloobeck basically confirmed what progressives have been saying for years — that big donors have enormous power over politicians and typically expect something in return for their generous contributions.

Coincidentally or otherwise, Donald Trump was similarly honest about political contributions during his presidential campaign, and declared at one Republican primary debate: “I gave to many people before this — before two months ago I was a businessman. I give to everybody. When they call, I give. And you know what, when I need something from them two years later, three years later, I call them. They are there for me.”

Clearly this problem is much larger than the Democratic Party. The entire American political system is rotten, and it has become extremely difficult to run a successful political campaign in the 21st century without big financial backing. Consequently, political corruption is about as common in Washington as sexual misconduct is in Hollywood.

There is no question that the Republican Party is objectively more rotten than the Democratic Party, as evidenced by the disastrous tax bill the GOP is currently pushing, which is favored by rich donors but overwhelmingly opposed by the majority of Americans. This explains why progressives like Sanders are attempting to reform the Democrats: Their party is not as irredeemable as the GOP, and is the only one that can effectively oppose Republicans' reactionary agenda.

Of course, there are many on the left who insist that the Democratic Party is in fact irredeemable, and hardly worth saving. It is the party of Stephen Cloobeck, which is not — to say the least — a party for progressives. These leftists demand a third party, and criticize Sanders for his futile effort to fix a party that rigged the primaries against him. It is somewhat revealing that some centrist or neoliberal Democrats agree with this sentiment, and point out constantly that Sanders is not a registered Democrat and should thus stay out of the party’s affairs.

On Sunday, the senator responded to this idea during an appearance on "Face the Nation," remarking to host John Dickerson that there are more registered independents today than either Democrats or Republicans, and that driving independents away from the Democratic Party is “totally absurd” and a “recipe for failure.”

Sanders would no doubt agree that progressives abandoning the Democratic Party for a third party would also be a recipe for failure. Anyone who is vaguely familiar with the winner-take-all system in America understands that creating a new party from scratch is even more hopeless than reforming the Democratic Party. Until many necessary reforms are passed — e.g., proportional representation and instant-runoff or ranked-choice voting — third-party politics will remain largely fruitless.

The point, then, is to capture the Democratic Party from the Cloobecks of the world, and to transfer power back to the people. In order to do this, Sanders proposes that the Democrats not only reform their primary process and embrace independent voters, but adopt a grassroots model of politics similar to the one he ran on in 2016, when he broke fundraising records and received nearly 7 million donations, averaging $27 each. If the Democrats can create the same kind of grassroots energy that Sanders did in 2016, then the current hold that big donors have on the party will perhaps be broken.

To emulate Sanders’ successful grassroots campaign, of course, Democrats will have to emulate his populist tone, which may indeed involve calling out “billionaires” and the 1 percent, and adopting progressive policies like universal health care and free tuition at public colleges and universities. Cloobeck has warned that if the Democrats do go this route, he and other big donors will walk away. That was no doubt intended as a threat, but it's exactly what the Democratic Party needs.