It's time for the #MeToo effect to take on the military 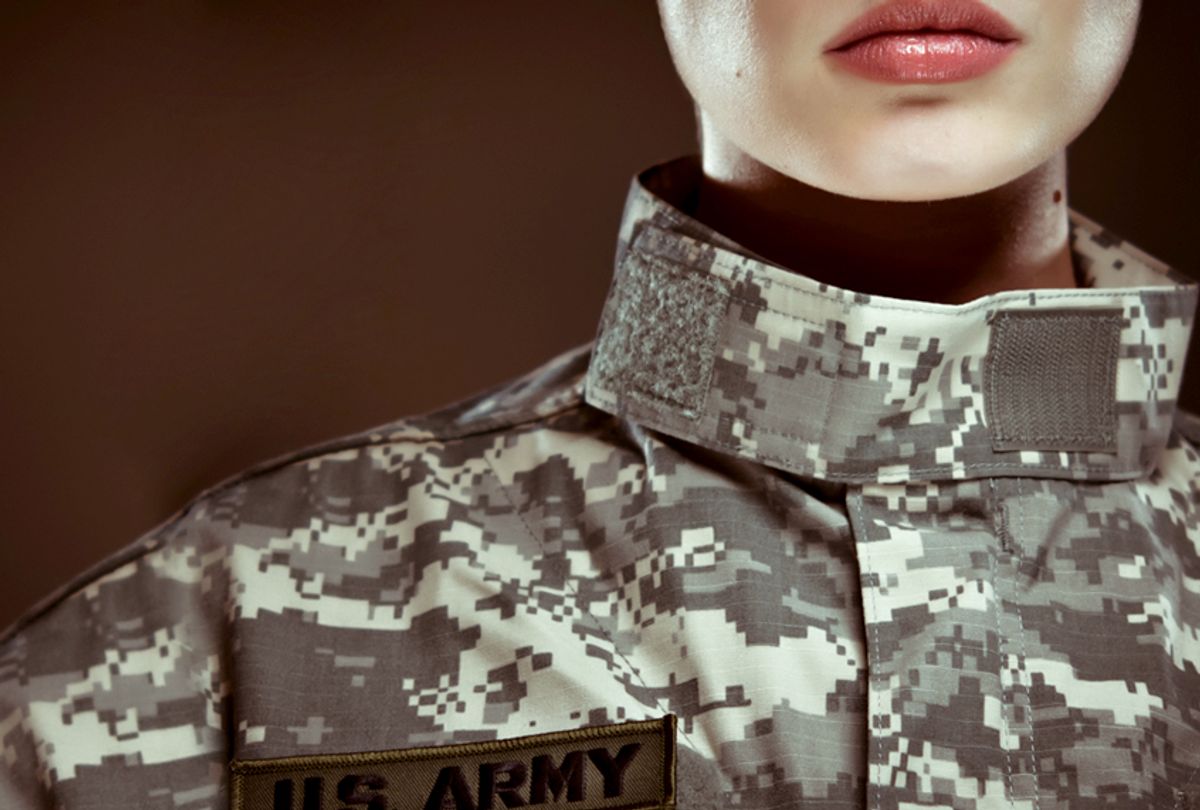 A recitation of the numbers is sufficient to horrify anyone with objective decency. In one study cited by the U.S. Department of Veterans Affairs, 23 percent of female users of VA health care reported experiencing at least one sexual assault while in the military. The VA found one in four women fighting in the Iraq and Afghanistan wars said they experienced sexual assault. A 2014 study found an estimated 22 percent of active-component women had been sexually harassed in the previous year. A recent USA Today investigation found that, since 2013, senior military officials were sanctioned for 500 cases of sexual misconduct. Women military personnel face the worst and most consistent forms of abuse, but men are also affected. To add further humiliation and punishment to the pain, a large Pentagon survey concluded that 58 percent of victims experienced retaliation and reprisals for reporting sexual assault.

The explosion of allegations of sexual assault and harassment against Harvey Weinstein and other leading entertainment figures has provoked a necessary reexamination of the cruel mistreatment of women in the workplace.

Anyone with even minor lucidity should find the story of powerful men misusing their authority and influence for the sexual exploitation and denigration of women familiar and predictable. But the staggering amount of accusations emanating out of Hollywood, high tech and other wealthy industries makes it clear that what some might have considered an isolated problem is actually a social crisis of much greater proportions.

The statistics on sexual misconduct in the military should stun even the most cynical of observers. There are even cases, such as the tragic story of LaVena Johnson, involving military women who have died, with wounds on their genitalia, under suspicious circumstances, that military leadership have ruled suicides before stonewalling inquisitive family members searching for justice.

If Americans, after typical delay and extended neglect, have sincerely decided to make a moral and legal commitment to combating sexual misconduct and trauma, they cannot allow the military to escape scrutiny and responsibility. If they do, they will risk rendering the application of whatever policy they espouse as hollow.

The problem is that a massive obstacle exists in the way of consistency and morality on all matters related to the military. A recent Pew survey demonstrated the obvious: The United States Military is the most respected institution in the country. The American people, beginning with the respectable instinct to offer gratitude to those who have made great sacrifices for the country, have an unrealistic reverence for anyone in uniform, often believing that military personnel are incapable of wrongdoing, and should operate within sacred zone of impunity.

John Kelly, Chief of Staff in the Trump administration, recently gave clever, but ultimately crass amplification to the insidious idea of military worship when he declared that active duty military servicemen and women, along with combat veterans — a group that includes himself — are “the best this country produces,” and implied that, because it was he, a retired general, who advised President Trump how to handle his controversial phone call to a Gold Star widow, the media and members of Congress should refrain from expressing objection.

Sarah Huckabee Sanders fully unmasked the totalitarian impulse behind military reverence when she supported Kelly’s analysis with the exhortation, “If you want to get into a debate with a four-star Marine general, then I think that’s something highly inappropriate.”

Kelly and Sanders’ garrison-state doctrine demonstrates why the epidemic of sex crimes in the military receives little journalistic or political attention. It also captures why a nation addicted to displays of adulation for “the troops,” does not seem to care much for the troops who endure rape on base, only to have their superiors send them away without support.

Sen. Kirsten Gillibrand is displaying brave and noble "inappropriateness" in her effort to “professionalize the military justice system.” She is leading a bipartisan group of Senators in the reintroduction of the Military Justice Improvement Act, which would allow a sexual-abuse survivor to initiate the complaint process with an independent body outside their chain of command.

The Military Justice Improvement Act has twice failed to receive the 60 votes it needs to pass, but one can hope that the nation’s sharpened focus on sexual misconduct will pressure callously indifferent legislators into giving it their endorsement.

An equally fascinating and frustrating thought experiment exists for those willing to imagine the cultural and political reaction if any other institution, industry, or sector of society had a record on rape similar to the U.S. Military. If one fourth of employees at Walmart, for example, had been sexually assaulted during their tenure on the job, and roughly a quarter had been sexually harassed, and the managers, executives and supervisors routinely punished the victims for reporting the crimes, might the federal government and national media join forces to insist on condemnation of the Walton family?

I have not yet seen a bumper sticker or ribbon with the words, “Support the troops [unless they are raped].” Critics in the mindless Kelly camp will likely claim that Gillibrand, and politicians with similar proposals, are anti-military when in reality they are valiantly fighting to protect the members of the military who volunteer to serve their country only to face horrific abuse for their trouble.