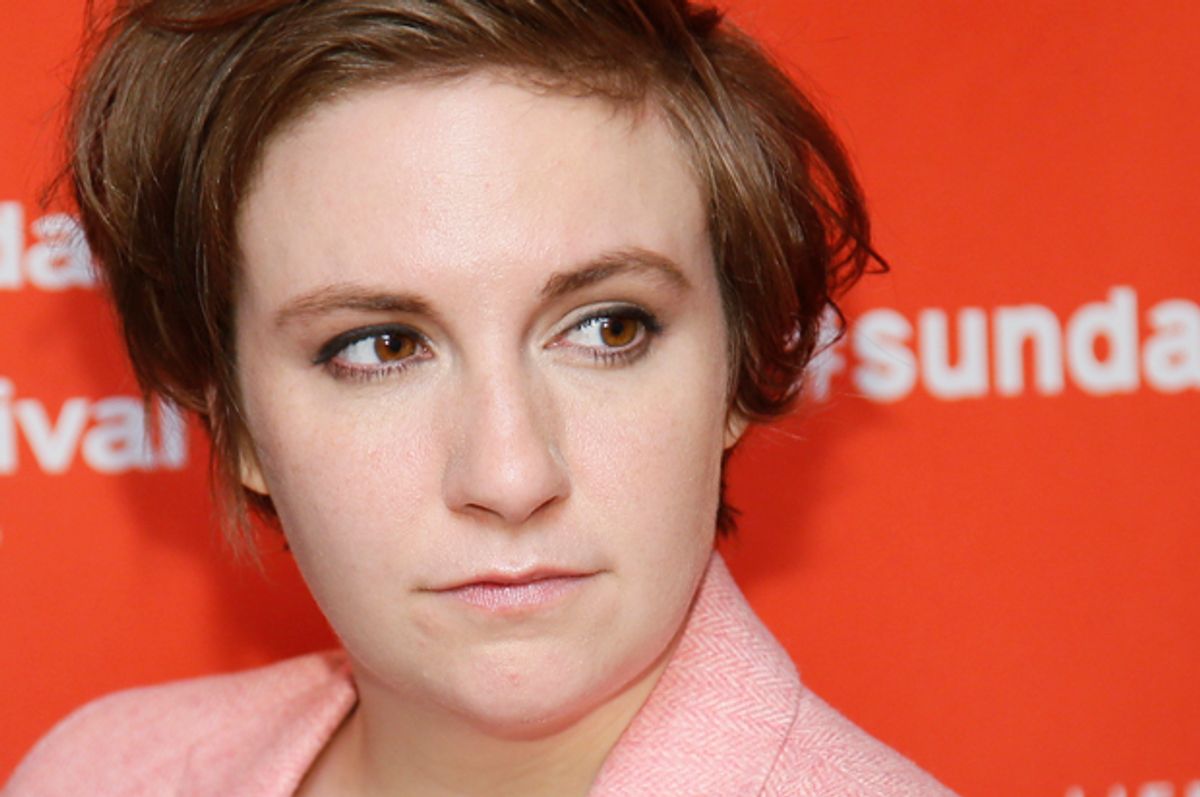 "Girls" creator Lena Dunham faced backlash after she defended the show's writer and executive, Murray Miller, who was accused of sexually assaulting an actress in 2012 when she was only 17 years old.

"I believe in a lot of things but the first tenet of my politics is to hold up the people who have held me up, who have filled my world with love," Dunham tweeted after news of the accusations broke.

I believe in a lot of things but the first tenet of my politics is to hold up the people who have held me up, who have filled my world with love.

Actress Aurora Perrineau alleged Miller sexually abused her after the two had met on a night she had "consumed some alcoholic beverages," according to The Wrap. The actress filed a police report and The Hollywood Reporter later confirmed the Los Angeles police would be launching an investigation.

Perrineau, who is now 23, said she "cannot talk about the investigation that is happening currently."

Details of the accusations against Miller, who was 35 at the time, come as the results of a polygraph test Perrineau took in September were obtained by The Wrap. "He was flirting with me. I told him repeatedly that I was 17 years old," Perrineau said, according to the statement.

"At some point, I woke up in Murray’s bed naked. He was on top of me having sexual intercourse with me. At no time did I consent to any sexual contact with Murray."

But Dunham, who has been outspoken and defended other women who have accused male superiors of sexual abuse, or otherwise inappropriate conduct, has instead stood by Miller.

"During the windfall of deeply necessary accusations over the last few months in Hollywood, we have been thrilled to see so many women’s voices heard and dark experiences in this industry justified," Dunham and co-showrunner Jenni Konner told THR in a statement. "It’s a hugely important time of change and, like every feminist in Hollywood and beyond, we celebrate. But during every time of change there are also incidences of the culture, in its enthusiasm and zeal, taking down the wrong targets. We believe, having worked closely with him for more than half a decade, that this is the case with Murray Miller."

The statement continued, "While our first instinct is to listen to every woman’s story, our insider knowledge of Murray’s situation makes us confident that sadly this accusation is one of the 3 percent of assault cases that are misreported every year. We stand by Murray and this is all we’ll be saying about this issue." Many women disapproved of Dunham's defense, especially during a time when powerful men in Hollywood, the media and Congress have been accused of rampant misconduct and abuse.

Lena Dunham doesn't believe her white male friend raped her black female costar? Color me shocked. Almost like white feminism is really only about uplifting and supporting white women as they pursue their ultimate capitalistic goals of sharing the role with men as oppressors.

I avoid talking about Lena Dunham because life is too short. However, to deny an alleged sexual assault PUBLICLY, regardless of what “insider info” you have, is careless & selfish. If your friend is innocent, that will be proven. Your public statement hurts survivors.

Apparently Lena Dunham is a huge supporter of women coming forward with sexual assault unless it’s someone she knows personally and has held her up and filled her world with love.

also Lena Dunham: MY FRIEND IS NOT A SEXUAL PREDATOR. I CAN VOUCH FOR HIM. pic.twitter.com/eDiJJz14IR