Researchers have made a bizarre discovery involving transposons, parasitic DNA found in fish — and humans 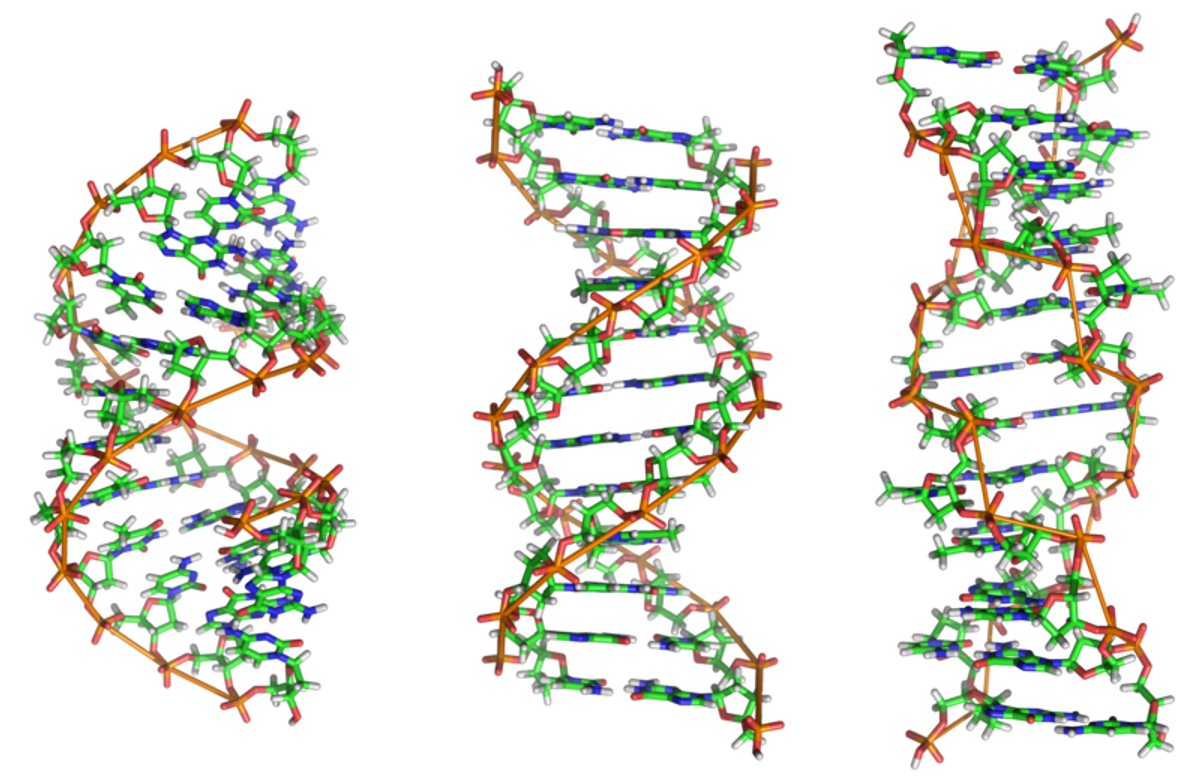 Your skin is covered in bacteria. There’s an entire biome in your gut. There’s probably a rat somewhere in your apartment. Every inch a niche.

This goes for your genome, too. It’s easy to imagine that your genes are clean, orderly, and easily known. Companies like 23andme and Ancestry.com make their bones off this idea, that our building blocks are transparent and readable like a book.

But that’s not really what a genome is. Genomes are slap-dash, hodgepodge collections of genes, often in no discernible order. And a lot of it isn’t even the owner’s genes. In the 1950, Barbara McClintock identified “jumping genes,”which could move essentially of their own accord and change the appearance of maize stalks — that’s a skull-shattering discovery to make, working alone and before the structure of DNA was determined, but because the Nobel Prizes are what they are, McClintock had to wait decades to receive her prize.

What McClintock discovered are now called “transposons.” They are short sequences of DNA that can insert into a genome, copying themselves and over again — here’s Ed Yong explaining it better than I ever could. Transposons are similar in some ways to viruses, which can inject their genomes into that of a host. They are both dependent on their host to propagate, parasitizing cellular resources to live. Together, transposons and viruses can be thought of as “mobile genetic elements” — MGEs. They are parasites. They’re barnacles on the whale of your genome.

About half of the human genome is made up of these parasites. Just one of them, the Alu element, has over 1 million copies, making up over 10 percent of of the human genome all on its own. It has its own family tree, its own subfamilies and subvariants. These elements mutate and evolve with their hosts, interact with the host’s genes, grow and expand, recede and die, and re-emerge again as their home genome divides and replicates and is passed down.

MGEs aren’t “alive” in the extremely narrow definition of the word, since they’re reliant on their hosts to “reproduce.” But they do evolve and look out for their own self-interest, which is more than I can say for many living humans I know. And though they aren’t alive, they struggle to survive like any plant or animal. MGEs are surveilled and silenced by host defenses; they can mutate so much they literally stop functioning. To survive, MGEs have to copy themselves enough to offset their “deaths.” So they change and grow over time, but where this change comes from has never been entirely clear.

Geneticists at the University of Tokyo, led by Yusuke Inoue and Hiroyuki Takeda, looked at Teratorn, a transposon, like Alu. Instead of humans, it parasitizes medaka, a small, adorable fish native to east Asia. They found that Teratorn is huge. A “base” is an individual unit of DNA. The human genome is 3 billion bases long. Alu is a compact 300 bases long. Teratorn is 180,000 bases, 10 times bigger than the next biggest transposon ever discovered. It was that enormous, they found, because it contained within it an entire herpes virus genome — yes, fish get herpes.

They likely found themselves next to each other through recombination, a mixing of different regions of DNA. More or less by accident, a transposon and a virus met. Now, every time Teratorn copies itself and plunks down in a new location in the fish’s genome, it carries an entire virus along with it. It’s genetic symbiosis.

That’s probably a burden for Teratorn – the bigger an MGE is, the more likely it is to be noticed by the host’s defenses, or have a harmful effect on the host depending on where it places itself. This happens in humans, where transposons being careless cause a range of diseases, especially a lot of cancers — that’s what McClintock was seeing in maize (transposons moving around, affecting the host). If the host dies, so do all the Teratorns it carries. So why should Teratorn the transposon tolerate a herpes virus? And why would a herpes virus hide out with a transposon?

The scientists who made this discovery have an idea. Transposons are great at populating a genome, like grass covering a savanna. They can “reproduce” successfully over and over again without causing too much trouble, in the best of circumstances. Viruses, on the other hand, are terrible at this. Once a virus injects its genome into a host’s, the only way for it to go anywhere is to activate, reproduce, kill the cell, and attack new cells.

But together, Teratorn and herpes can do both. Teratorn copies itself, over and over, covering the expanse of the fish’s genome. And when the virus is awakened and triggered to leave, it blooms, reproducing by orders of magnitude, taking the Teratorn transposon with it to infect new hosts. It’s an utterly unique life cycle, the first of its kind to be discovered.

Evolution isn’t a choice. Teratorn didn’t look at a crowded employment market and decide to add skills to its resume. But, Teratorn does have to survive, though it’s not technically alive to begin with. Same with herpes. A virus probably found itself next to a transposon by chance, like strangers at a party, and found that they were happier together.

The landscape of genomes on the planet is vast, and there is no more rapid and experimental location for evolution than at the level of the gene. If genetic parasites in fish are teaming up, what they’re up to in other genomes, in other species, is anyone’s guess.

Danbee Kim: I love learning that genomes are messy and ad hoc, that they don’t follow the neat and orderly storylines often found in textbooks or (as you mention) in explanations by companies making money off of reading genomes. And I love the hints you drop about the unspoken question in this article: what does it mean to be alive? Our traditional definitions are being challenged not only by viruses but also our ever-increasingly complex machines. Does possessing the need to survive make one alive?

Dan Samorodnitsky responds: I don’t know if transposons have been actively tracked in live cells, though that would be very cool to see. But transposons are totally active in the human genome right now. Alu is the most successful human transposon, just by “population,” and it averages about one new insertion every 20 or so live births, according to this paper.

They made that estimation based on evolutionary theory and, well, math. They based it a couple of things: on the number of Alu elements in the human genome that are unique to humans, as opposed to Alu elements in the chimpanzee genome; the time since humans and chimps diverged; and how often humans reproduce.

Just based on that, I would say that the load of transposons between you and your office mate isn’t that different, but it could vary a little between generations. But even at that pretty low rate, transposons can have a huge effect on the function of the human genome. (Here’s a case report of people developing hemophilia because a transposon interrupted their factor VIII blood clotting gene.)

Transposons are just as much a part of your genome as any “human” gene, so transposons are in gametes, they’re in zygotes – so they’ll be the same in every cell in a body, not counting the occasional new insertion.

Ashley Juavinett: I’m curious if there are any downsides to being partnered like that. Surely transposons and viruses have met before in the vast pool of genetic recombination, but their partnership seems to be rare phenomenon (unless we just haven’t been looking in the right places). That makes me think there must be some drawback for viruses to be cramped up in a transposon — maybe these viruses are restricted to only infecting a certain cell type, or they have to work by Teratorn’s schedule? Or, perhaps the rarity of these partnerships is because transposons can barely handle carrying around a huge genetic package like a virus.

On a different note, neuroscientists often harness the power of viruses (including herpes) to package proteins up into neurons, typically to monitor their activity. I wonder if somehow involving transposons in this process would improve our ability to infect neurons with our proteins of interest.