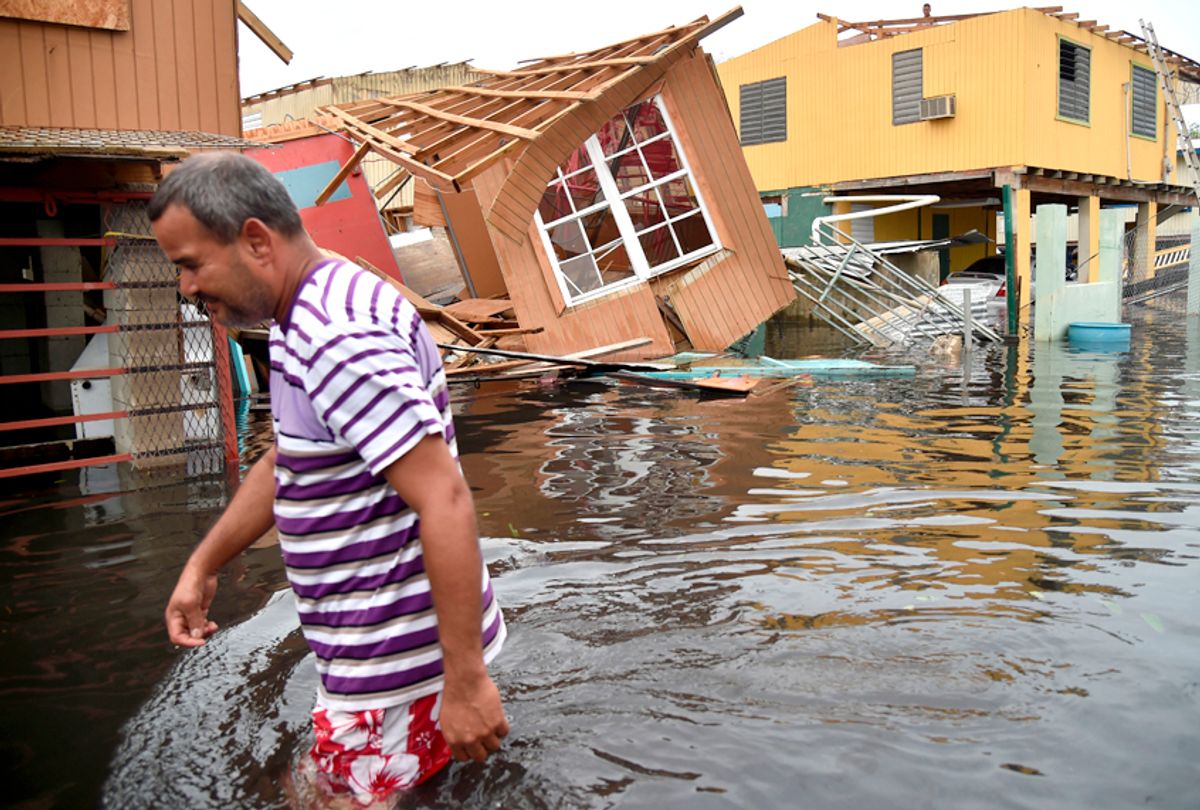 As Maria -- as well as recent disasters in Houston, Florida and northern California -- have reminded us, nature is a very fickle, but also dependable force. As human beings we largely reap what we sow. Over the past 200 years, we have invested the world’s financial resources into production processes and energy sources that have caused disruption to the planet. Scientific consensus is that this has led to the intensification of natural disasters globally.

To try and addressed the damage we have caused, philanthropy has emerged as a counterforce to climate change. As Americans, we gave away $11 billion in 2016 to environmental and animal welfare organizations. This is fantastic, but it’s truly pocket change compared to the $40 trillion that circulates in the global economy every day — not to mention the close to $5 trillion represented by the market cap of publicly held fossil fuel companies. If we care about the future of our planet and want to break out of this David and Goliath fight — where philanthropy is trying to clean up the messes that the global economy has caused — we need to fundamentally change the economy, starting with the way that we invest.

How do we do this? Over the past decade, the practice of impact investment — investing dollars in a way that’s aligned with the social and environmental future we’d like to see — has become increasingly accessible. Major investors such as pension funds, endowments and foundations, are investing in innovations from wind energy to worker-owned cooperatives. And every day people are choosing to break up with their bank and seek out the local credit union or environmental bank that better reflects their values. They can also hold institutions accountable that are investing on their behalf — from that perspective we all have billions of dollars of economic influence to address climate change and just need to take advantage of that incredible opportunity to influence positive change.

But largely, social investing is still the trillion dollar trend most people have never heard of. We think finance is messy and complicated (and especially scary when our resources are running low) and try to ignore it. We might care deeply about the environment and worry about climate change, but not realize that our mutual fund is invested in fossil fuel companies. While many of us feel we lack economic power to make change, we forget that most financial institutions are accountable to the public in some way.

Are you a teacher? Check out where your pension fund is invested — if you’re lucky, it’s with a group like CALSTRS that has taken a proactive stance on climate change. Did you go to college? When they ask you to write that donation check, ask them how that money is going to be invested and if it’s in line with the future that you want to build. More than 100 educational institutions, like Stanford and the London School of Economics, have already divested from fossil fuels in some form; many could still be more proactive. Take control of your bank account and your financial relationships, and learn to become a conscious consumer of not just your fair-trade coffee and cage-free eggs but your financial investments as well, when choosing a 401(k), a mutual fund or just deciding where to store your cash.

Impact investment is a great trend, and it’s becoming widespread and easy enough that, for instance, in the case of retirement funds, you can often just check the social box when you get the application. But it’s still part of the traditional financial system — and that means it’s not a system-changing panacea. Most of these funds focus on screening out the worst offenders, when really we need to put more energy into funding viable alternatives such as clean energy. And we need to do so in a way that centers on social justice — making sure the clean energy transition builds wealth not just for historic actors but for women and people of color as well.

If we continue to invest in the status quo of environmental destruction, we can’t be surprised when it’s time to reap what we sow. But if we can invest in a clear energy future in a way that distributes wealth and power in the process, then we might be getting somewhere.

Morgan Simon is the U.S.-based author of "Real Impact: The New Economics of Social Change."