In defense of liberal outrage: How the "snowflakes" are finally moving the needle

Liberal outrage was mostly impotent in 2016, but now that it's coordinated and coupled with economics, it's working 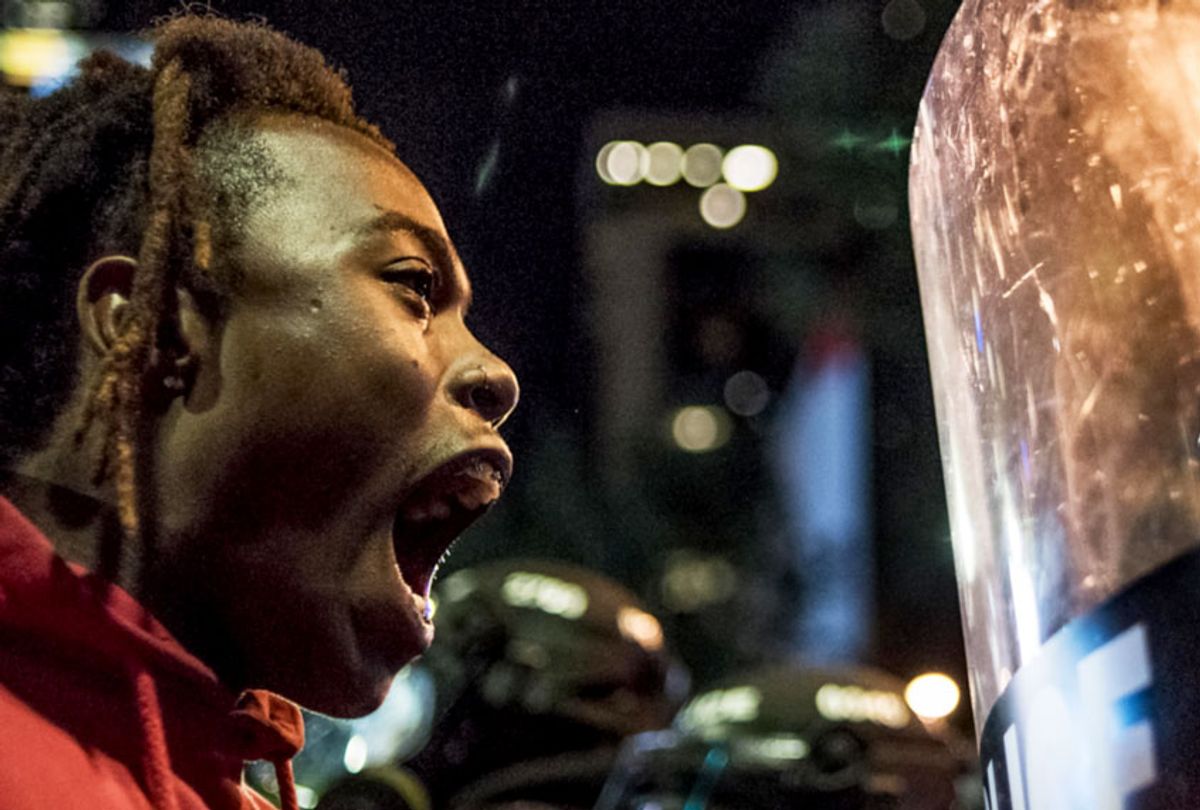 Outrage is all the rage again. 2017 has sparked fury from both the left and the right, dissolving U.S. politics into bitter shouting matches and catty airings of grievances. Calmer minds have bemoaned the current state of political discourse, claiming that deteriorating dialogue and debate is the real problem with America.

Liberals have encountered most of the mockery and scorn following President Donald Trump's electoral win. Bystanders, most of them from the political right, have labeled the ensuing not-my-president protests "delusional." They have described the political-correctness movement on college campuses as an expression of "fragile egos." They have suggested that kneeling during the national anthem to protest police brutality is a vapid form of demonstration. They're all precious little "snowflakes," the argument goes.

A complaint against vocal liberals is coming from elements of the left as well, one not centered on the merits of their arguments, but their supposed reflexive backlash to any and every perceived injustice. There's a concern that Americans will become jaded to outrage, leaving liberals empty-handed in a fight of legitimate importance.

And there's a possible truth there: Ten months into the Trump administration, liberals have had few wins to show for all the chest beating.

Yes, the GOP's health-care agenda did crash and burn in Congress, preserving for the time being the Affordable Care Act. Certainly, liberal activism helped sink the Obamacare repeal. Yet it was truly the Republican Party that engineered its own failure by pushing terrible bills that were universally condemned by all, including health care insurers and providers.

The same goes for Trump's travel ban, which incited protests across the country. That ultimately fizzled more because of legal incompetence than righteous indignation from the left.

Yet, after all those long months, November seems to have validated liberal outrage. Three causes for which liberals have bitterly fought tilted in their favor this month, suggesting that their noisy outrage machine may indeed be able to move the needle.

On Twitter, liberals grumbled that members of the alt-right earned verified check marks, despite propagating hate and disinformation. Progressives berated the social-media platform for recognizing the dubious stature of these vacuous, racist trolls while victims of harassment continued to receive threats and baseless intimidation.

This week, prominent alt-righters such as Laura Loomer, Richard Spencer and Baked Alaska were either downgraded from their verified status or booted from the platform all together. The liberals' whining seems to have worked.

On TV, liberals watched Fox News host Sean Hannity attack and debase the Roy Moore accusers. As a result, they endorsed a campaign to have Fox advertisers boycott Hannity's show, resulting in a significant exodus of high-profile brands.

Hannity bitched and moaned about the coordinated strategy against him, but he quickly flipped the switch on Moore, telling his viewers the next day that the allegations against the candidate for U.S. Senate were serious and, should they be true, would constitute a betrayal. Hannity ended up issuing an ultimatum to Moore, demanding him to provide a more convincing defense than he originally offered.

In October, Papa John's CEO John Schnatter claimed that the NFL player protests during the national anthem were hurting his company's bottom line and suggested the league put an end to the "vapid" demonstrations.

Liberals retaliated by calling the Papa John's the official pizza of the alt-right, and photoshopped images of swastikas onto photos of their pizza. Papa John's was forced to address the situation, even distancing themselves from the neo-Nazis who lovingly embraced the CEO's comments. The humiliation from the left continued until Papa John's came out in support of the NFL protests, and gave a yellow-colored emoji middle finger to the alt-right.

In all of these instances, liberals voiced the same outrage they had employed during the 2016 election. This time, however, they went after companies' pockets, using economic levers and commercial threats to achieve a desired end.

Yes, these are small victories that don't yet constitute a serious groundswell or a complete solution to the fact that three branches of the federal government are populated by a set of politicians who want to roll this nation back to the Gilded Age. Yet, they do point a way forward, and perhaps a strategic turning point.

For all the haranguing and contempt liberals have absorbed since the election, they finally have real wins to point to after targeting a weak point on the conservative frontline in the Culture Wars: corporate pocketbooks.