Sgt. La David Jonson was one of four American soldiers killed in an ambush in Niger on Oct. 4 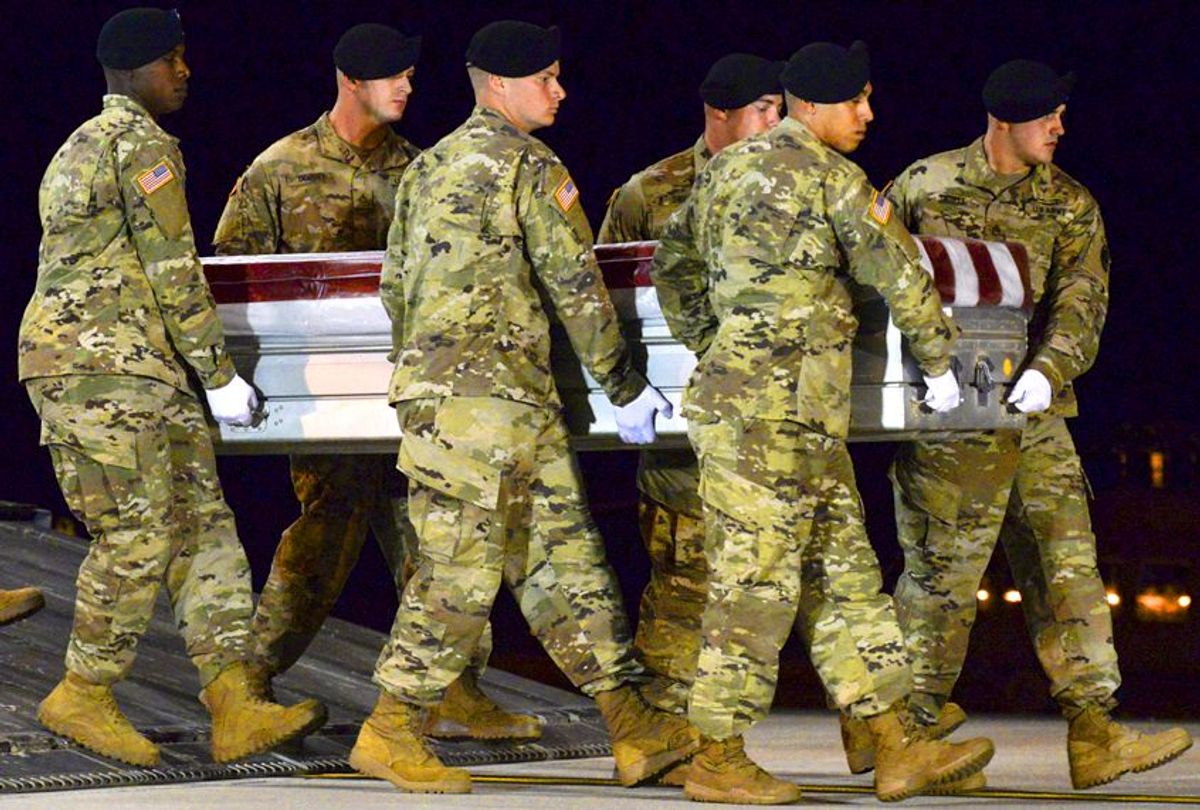 The remains of Army Staff Sgt. Dustin Wright who was killed in an ambush by dozens of Islamic extremists on a joint patrol of American and Niger Force. (AP/Staff Sgt. Aaron J. Jenne)
--

A month after his burial, more remains of Sgt. La David Johnson, who was one of four U.S. Special Forces soldiers killed in Niger, have been identified, the Pentagon confirmed on Tuesday.

Johnson's remains were found on Nov. 12 near the village of Tongo Tongo, Niger, where he and three other American soldiers had been killed during an ambush by militants linked to the Islamic State on Oct. 4, NBC News reported. An inspection was conducted by a joint task force of FBI and military investigators, and the DNA evidence was later confirmed.

"We can confirm that the Armed Forces Medical Examiner has positively identified these remains as those of Sgt. Johnson," Dana White, the Pentagon spokeswoman said.

Myeshia Johnson, the soldier's pregnant widow, was not available for comment, but Rep. Frederica Wilson, D-Fla., said the family had been put through "agony" and that it was a shame the news was first heard through a television.

Wilson also issued a statement, in which she expressed that it was"difficult to find the words to describe how dismaying it was to learn that some of Sgt. La David Johnson's remains were found in Niger weeks after his funeral."

The statement continued, "I want the family to know, though, that I will continue to push and push and push for a thorough investigation of both the ambush and La David’s final hours."

On Nov. 10, the Washington Post reported that Johnson's body was found with his arms tied together and that the back of his head had a gaping wound, according to at least two villagers that had seen the body.

"His two arms were tied behind his back," Adamou Boubacar, a 23-year-old farmer and trader, told the Post in a phone interview. Boubacar then informed the village's chief of the body.

"The back of his head was a mess, as if they had hit him with something hard, like a hammer," Mounkaila Alassane, the village chief, confirmed in a separate conversation with the Post. "They took his shoes. He was wearing only socks."