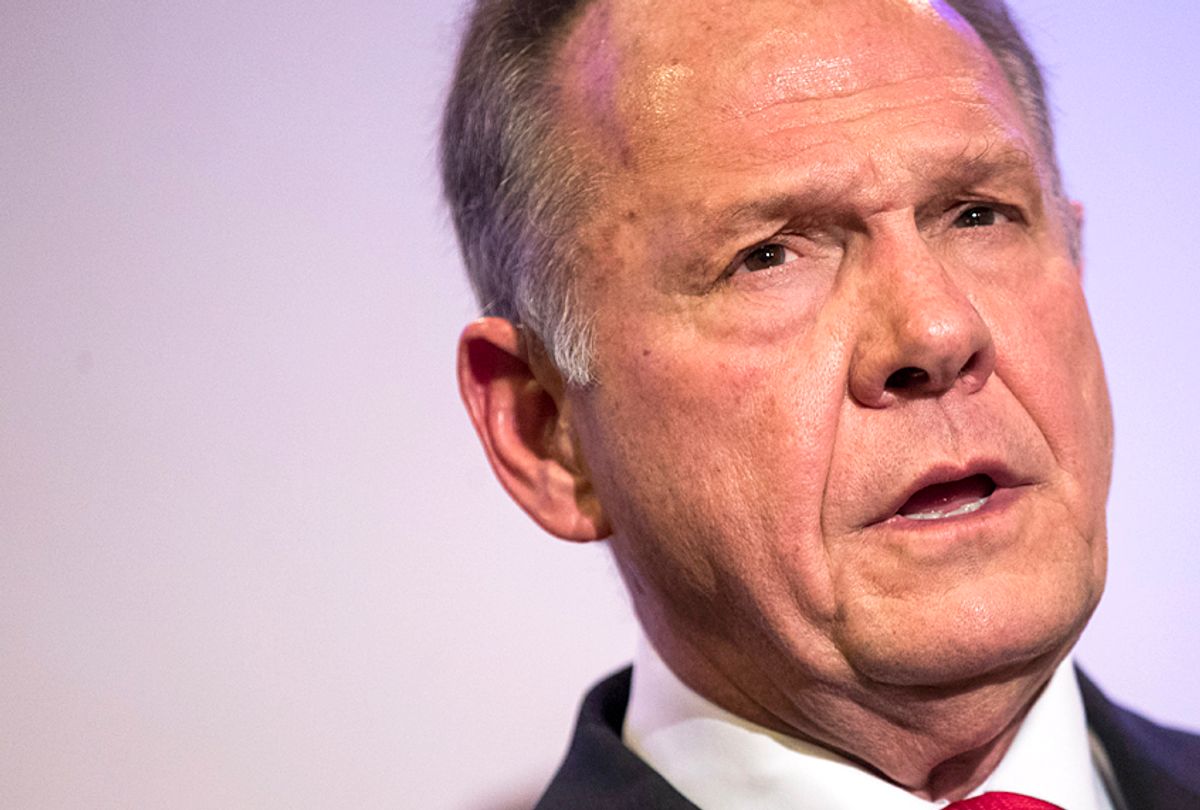 Despite the litany of sexual-abuse accusations against Alabama senatorial candidate Roy Moore, a considerable number of local Evangelical Christian pastors and congregants continue to champion the hard-right, values voter-courting former judge. Indeed, as AL.com reports, no less than 50 such pastors have signed a letter in support of Moore, with some citing the allegations as proof that they're backing the right man.

One such pastor, Franklin Raddish of Capitol Hill Independent Baptist Ministries — a South Carolina-based nationwide church — was particularly florid in his defense of Moore, employing manifestly dodgy alternative facts as ammunition against what he called a "war on men."

"More women are sexual predators than men," Raddish told the outlet. "Women are chasing young boys up and down the road, but we don't hear about that because it's not PC."

While statistics concerning what Raddish seems to be on about — the statutory rape of young males by older women in positions of power over them — are hard to come by and perhaps incomplete, given the nature of self-reporting by men, the Office of Juvenile Justice and Delinquency Prevention, a division of the federal Department of Justice, published in 2005 a study noting that 99 percent of statutory rape offenders were male. As well, 95 percent of the victims were female, the study reports. Even so, it appears that the statutory rape of boys by women is significantly overreported in the media, despite its rarity.

But you, very likely, suspected as much.

Raddish continued, opening up about other allegations involving other men in power. "No one told Trump to stand down, what about the allegations against Clinton and his extramarital affair? The Democrats made a laughing stock out of those women. And now Al Franken is keeping his job."

In fact, many people suggested President Donald Trump step down as a candidate during the 2016 election due to his involvement in various and sundry allegations of sexual misconduct, including a number of lawsuits and his recorded comments to Billy Bush in 2005. As well, a good half of Congress and millions of Americans demanded President Bill Clinton resign following revelations that he had sexual relations with White House intern Monica Lewinsky. At this time, it is fully unclear whether Senator Al Franken, D-Minn., will keep his job or not.

You likely knew that as well.

"Also, why did the mothers of these women not come forward," Raddish wondered to the site. "The mother knew, the family knew, and not one of them did anything. Any mother with red blood that found out her daughter had been violated would have kicked down doors." He added, "Why didn't they tell the state police, the FBI, the local sheriff? . . . .  Because it's not true."

Yes, this is garbage and Raddish is garbage. Easily said. But such garbage isn't dismissible, much as we may want it to be. Such blind and often counterfactual Evangelical support for Moore, a candidate whose alleged actions stand in the face of Christian values, may indeed swing the election his way.

According to a recent survey citied by AL.com, while Moore has lost significant ground to democratic opponent Doug Jones, "29 percent are more likely to support Moore over the allegations, 38 percent are less likely, and 33 percent said it makes no difference." It also noted that, "Those more likely to support Moore over the allegations favor him over Jones 84-13 percent." All of this is to say, Alabamans who were already predisposed to embrace Moore's guns-and-God pitch were more certain of him after the revelations than before.

Overall, Moore is still coming in behind Jones, according to even a Fox News poll — though an activated tide of Christian Evangelical supporters has the potential to erase that projected lead on voting day, just as an unexpected flush of activated conservatives put Trump into the White House in 2016.