Haiti is still wrecked and reeling from disaster, but the Department of Homeland Security says otherwise 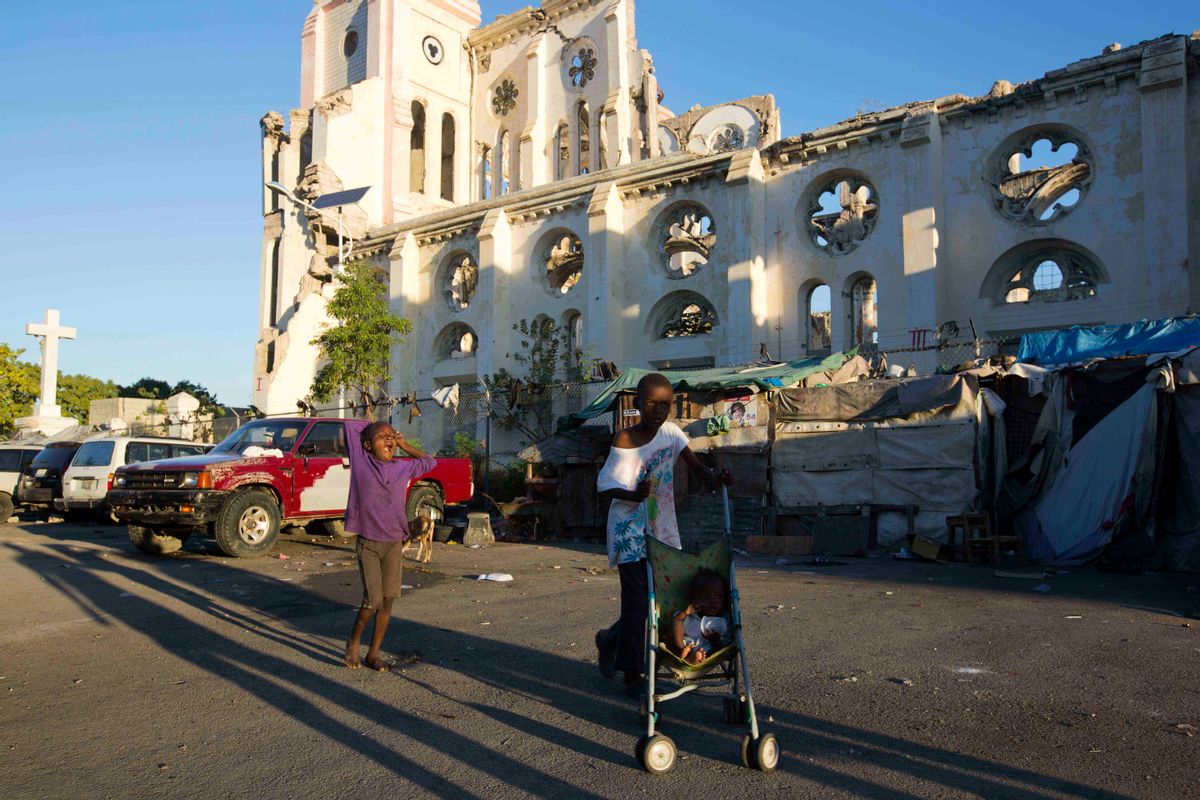 The Trump administration announced Monday the end of a program that allowed nearly 60,000 Haitians provisional legal residency in the U.S. after the 2010 earthquake devastated their country. Those tens of thousands of Haitians, who have been protected by their temporary protected status, must leave by July 2019 or face deportation.

The Department of Homeland Security determined that the "extraordinary conditions" that caused Haitians to flee "no longer exist," according to a senior administration official, The Washington Post reported.

"Significant steps have been taken to improve the stability and quality of life for Haitian citizens, and Haiti is able to safely receive traditional levels of returned citizens," Elaine Duke, acting homeland security secretary, said in a statement.

More than 300,000 people live in the U.S. under temporary protected status, a program enacted into law by President George Bush in 1990. "The protection is extended to people already in the United States who have come from countries crippled by natural disasters or armed conflict that prevents their citizens from returning or prevents their country from adequately receiving them," The New York Times wrote. Last month, DHS announced the end of protections for 2500 Nicaraguans.

Former President Barack Obama periodically renewed the program for Haitians, as the country continues to reel from the disastrous earthquake in 2010, a deadly Cholera outbreak that followed and the wreckage from Hurricane Matthew last year.

Many have condemned the termination of the program, including lawmakers across the aisle, journalists and celebrities.

There is no reason to send 60,000 Haitians back to a country that cannot provide for them. This decision today by DHS is unconscionable. And I am strongly urging the administration to reconsider. Ultimately, we need a permanent legislative solution. https://t.co/Ft0bE0itf6

I travelled to #Haiti after the earthquake in 2010 and after hurricane Matthew in 2016. So I can personally attest that #Haiti is not prepared to take back nearly 60,000 #TPS recipients under these difficult and harsh conditions.

#Haiti is the poorest country in Western Hemisphere - devastated by disease and an earthquake that killed 230k people. Now we tell 60k Haitians to "GET OUT"?
We're better than this. And I think most Americans know it.

This decision is heartless and a grave mistake. Haiti is still recovering from the 2010 Earthquake, the 2011 Cholera outbreak, and the recent hurricanes. DHS should extend Haiti’s TPS for another 18 months. https://t.co/E9wN0EF593

It's estimated that some 30,000 children with protected Haitian parents have been born in the U.S. over the past seven years. That means parents will be forced to decide whether they should take their children away from the only country they've ever known, leave them behind or stay in the U.S. illegally, with the fear of arrest and deportation ever looming.