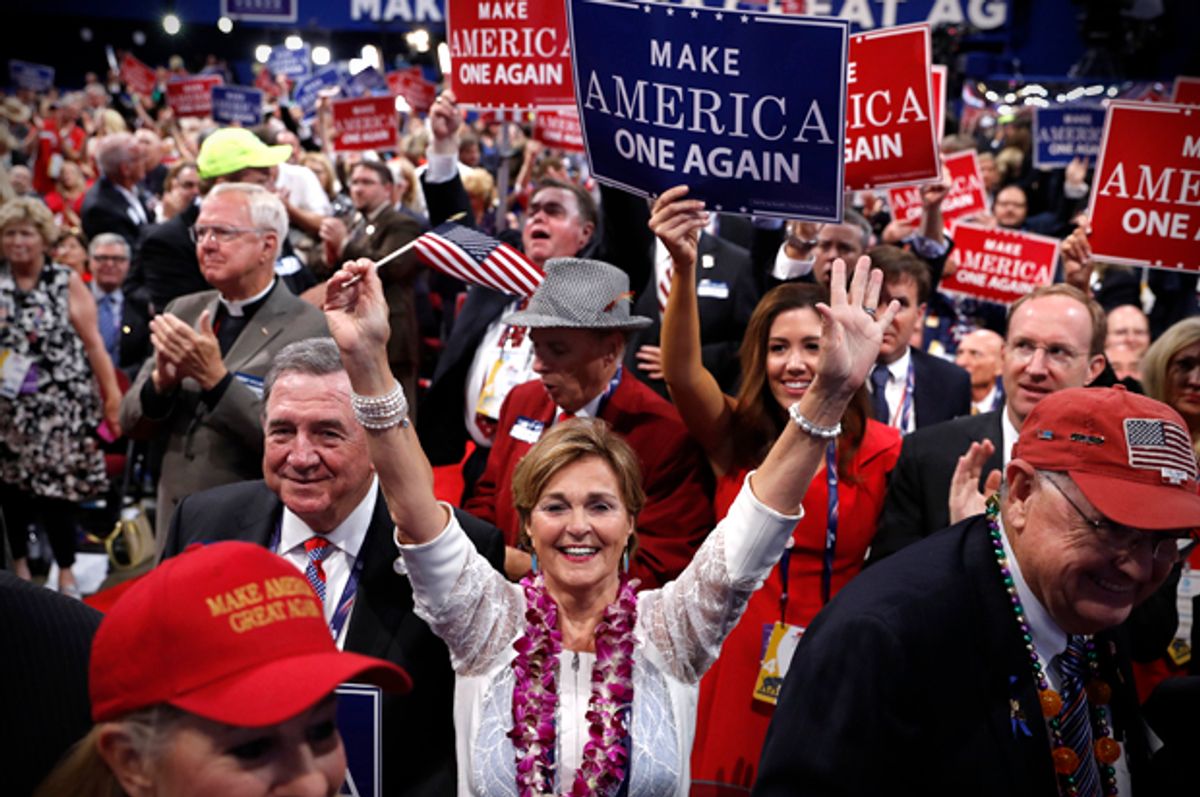 While most of the country groans and frets over the early morning weekend tweets from President Donald Trump, the Republican National Committee's wallet has only grown fatter, as the GOP continues to reel in money from the president's loyal base.

Despite the ideological feuds within the Republican Party, and even some unrest from some members of the GOP establishment about Trump's tweeting habits, they are all reaping the benefits of his 280 character word salads which have largely consisted of lies.

The president's base hovers around 40 percent in the polls. However, they've made a significant impact and have helped the RNC reel in $113.2 million this year, and it's largely been from new donors, according to Andrew Malcolm, who penned an op-ed in McClatchy DC on Tuesday.

The majority of the donations have been from small donors, and new donors, giving only $200 or less, and they have so far outweighed "big-time donors giving thousands of dollars," Malcolm wrote.

The RNC has brought in roughly $5 million each month from small donors, and only $3.7 million from the larger ones, and the committee finished the third quarter of 2017 with $44 million in the bank.

The Democratic National Committee, on the other hand, has struggled and was faced with severe money problems during the 2016 election cycle, as interim DNC chair Donna Brazile also revealed. The Democrats have, however, beaten the Republicans in two congressional fundraising committees this year, but when the trio of committees are combined, the GOP still has "$97 million on hand while Democrats have only $54 million left," according to Malcolm.

Although Trump's tweets typically cause a media frenzy and place unnecessary attention on Trump's daily thought process, it's still proven to be an efficient way for the president to communicate with his base. Arguably, Trump's war on the media has bolstered his messages over Twitter, as he continues to paint all criticisms and opposition as "fake news."

And it has allowed Republicans to avoid having to take a stand on what Trump has said.

An RNC spokeswoman said, "We don’t have to guess how the president would speak about an issue, because Americans hear directly from him on Twitter."