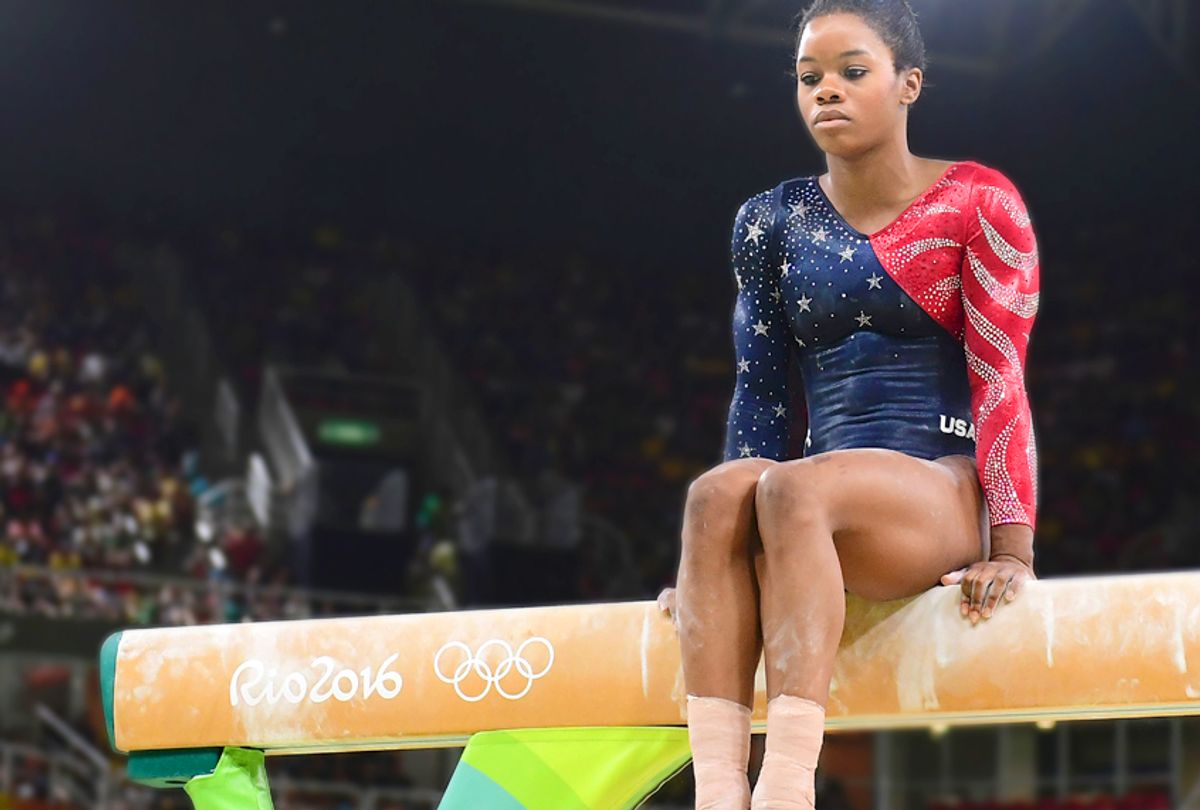 Douglas' accusations come after gymnasts McKayla Maroney and Aly Raisman also accused Nassar of molestation. According to NBC, Nassar is accused of sexually abusing over 130 women during his time working for the U.S. Olympics team and Michigan State University. He's expected to plead guilty to criminal charges Tuesday, the Associated Press reported, facing at least 25 years in prison.

Douglas' disclosure started off in the form of an apology for her comment last week that was perceived as victim-shaming. She suggested in a tweet that women must take the responsibility to dress modestly in order not to be sexually abused or victimized.

Today, however, her tone and story has changed in a welcome, if disturbing, moment of courage and honesty.

"First, I want to reiterate my apology for responding the way that I did to a comment that one of my teammates posted," she wrote on Instagram. "I take my job as a role model very seriously and I always want to do my best to represent all the best qualities that a role model should embody. I admit there are times that I fall short."

"I didn't view my comments as victim shaming because I know that no matter what you wear, it NEVER gives anyone the right to harass or abuse you," Douglas continued. "It would be like saying that because of the leotards we wore, it was our fault that we were abused by Larry Nassar."

A representative for the U.S. Olympic team confirmed that the post is real and that Douglas is indeed alleging sexual assault against Nassar, NBC reported.

"I didn't publicly share my experiences as well as many other things because for years we were conditioned to stay silent and honestly some things were extremely painful," Douglas added. "I wholeheartedly support my teammates for coming forward with what happened to them."

Douglas continued to apologize for her initial comments. Last week, after Raisman posted a message to Twitter calling for women to never feel shame about what they're wearing, Douglas responded: "however it is our responsibility as women to dress modestly and be classy. dressing in a provocative/sexual way entices the wrong crowd."

shocks me that I’m seeing this but it doesn’t surprise me... honestly seeing this brings me to tears bc as your teammate I expected more from you & to support her. I support you Aly 💕 & all the other women out there! STAY STRONG pic.twitter.com/CccTzhyPcb

Douglas has since deleted the tweet and apologized, but her original statement points to the deep shame and even self-loathing alleged victims of sexual assault often experience.

As Douglas mentions, women are conditioned to keep quiet, conditioned to blame themselves. Even with the outpouring of accusations and the newfound air of belief some women are experiencing, when it comes to sharing or even acknowledging encounters of sexual misconduct, for many, it's still an uphill battle.