A veteran reporter was in no mood during Monday's press hearing 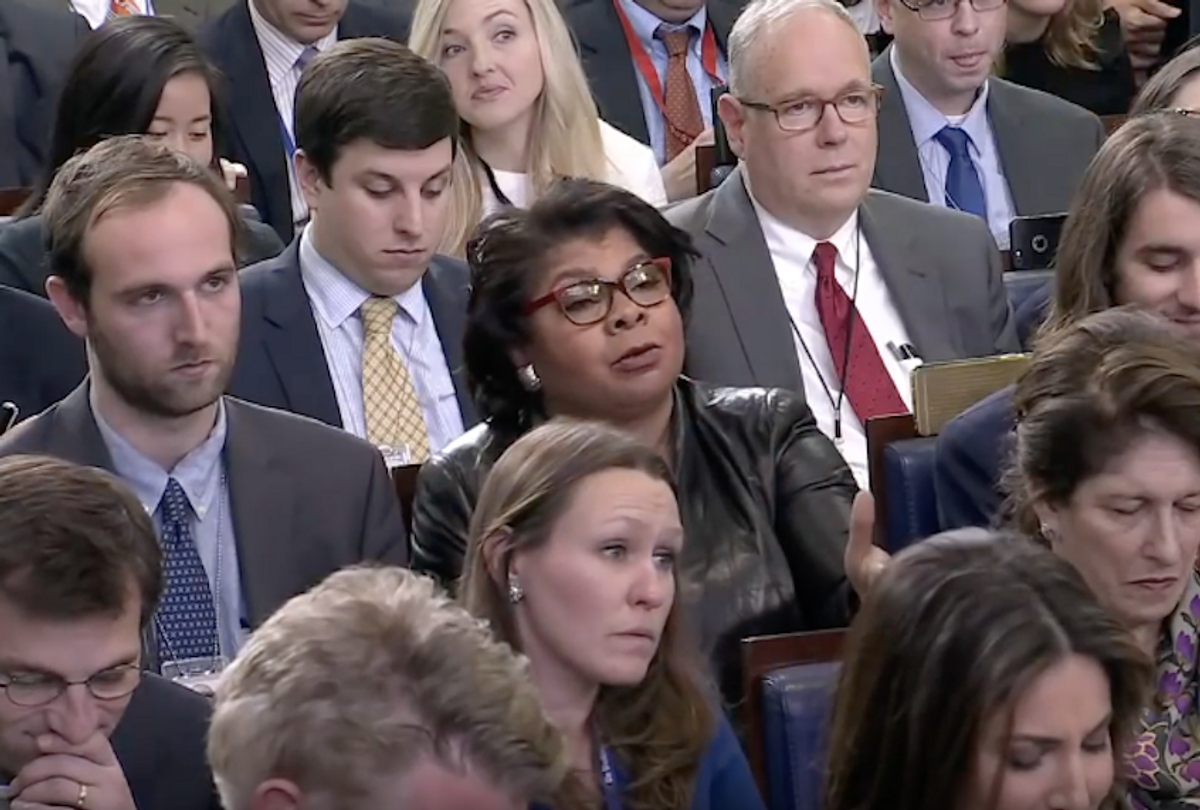 White House Press Secretary Sarah Huckabee Sanders is no stranger to controversial and jaw-dropping moments. But Monday's White House press briefing may have been her weirdest one yet, as she demanded that, in honor of Thanksgiving, reporters share what made them feel thankful before asking her any questions.

Whether this was intended to be cute or a power play is up for debate.

"I'm thankful to be able to talk to you and question you every single day," Ryan said to Sanders before adding, "I hope you felt the passion of my thankfulness."

Watch journalist and hero April Ryan below at the 1:50 mark.