This is the only Thanksgiving documentary actually worth a damn

Cold, brutal and, yeah, a little hopeful, "The Pilgrims" is plenty to chew on 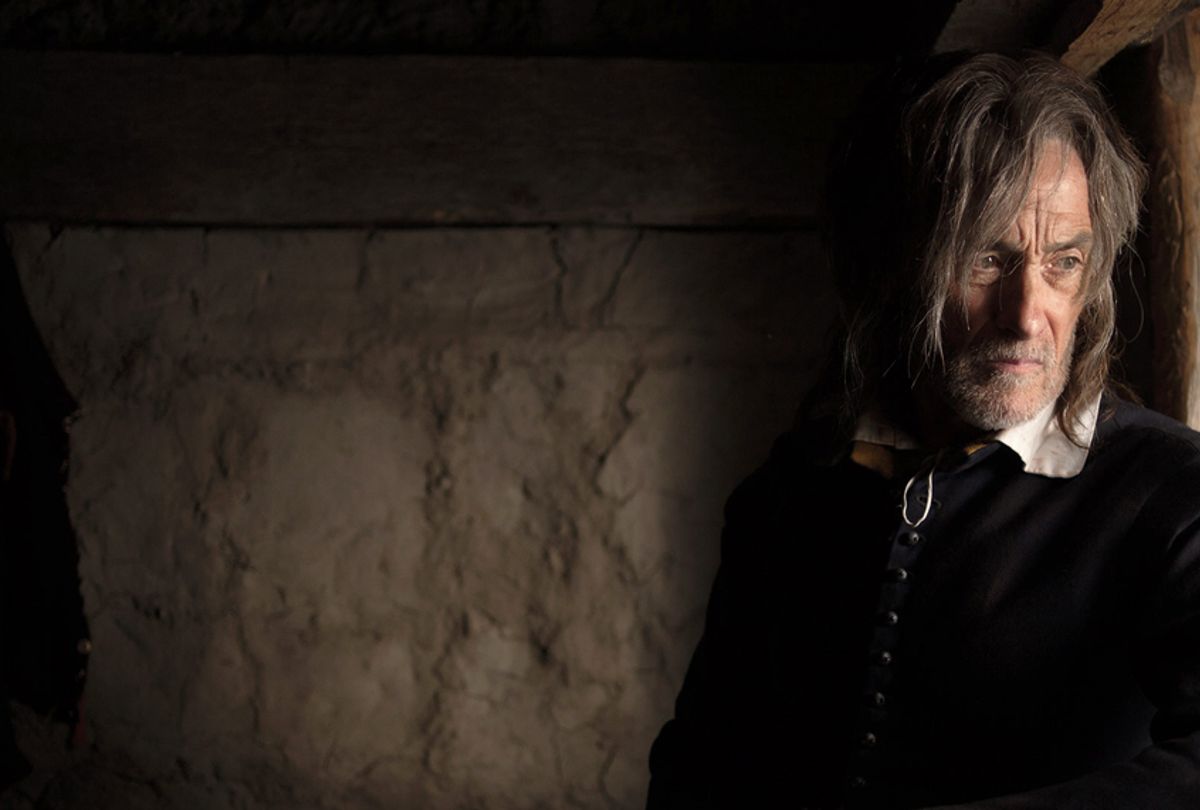 Like the reality of what we would call the first celebration of the holiday, the best Thanksgiving documentary available, Ric Burns' 2015 PBS film "The Pilgrims," is cold, deadly and quite a bit more about religion, invasion and chilling tales of hand-to-mouth survival than it is about hearthstone bonhomie between settlers and Native Americans. Baked yams with syrup it's not.

It is, though, a beautiful and necessary exercise in unweaving our calcified national-origin myths — those of the Pilgrims, Thanksgiving and America itself — one that eventually grabs all that loose yarn and with them recreates something whole, revived  and, for once, true. With America's comprehension of itself currently strained by polarized ideologies, fake news and quarter truths this season, it's the only documentary that even touches on Thanksgiving that is worth viewing.

For starters, it fully and profoundly impresses upon the viewer that the curious slice of history that we have chosen as the moment of our nation's birth is not one of easy communion, of home fires and stuffing. It is a tale of basic survival, broken ideals and failed dreams, though one with a partially happy ending. Correspondingly, "The Pilgrims" is, much like Burns' 1992 masterwork "The Donner Party," haunting and haunted on all fronts, alternately enchanting and dire (and often both at the same time).

Over two hours, Burns carries the ragged group we come to know as the Pilgrims, from their origins as a radical religious sect in Nottinghamshire, to industrious expats in Holland, to woefully underprepared adventurers and settlers on the American Northeast's stony shore.

There are no rose-colored glasses here. The Puritans appear as principled, educated people you most certainly would not want to invite over to dinner, let alone settle a frontier with. They are upstanding, but intolerant, and such wide-eyed ideologues that they rested on God to help them cross the Atlantic instead of common sense (their fully disorganized planning almost cost them their lives before they reached Plymouth).

These harsh realities quickly turn from comedic to horrific, once they reach the shores of Plymouth Bay. The travelers are only able to stake out a prime spot near the water because the local Native American population had been devastated by a Ebola-like epidemic brought by European fishermen years earlier. Patuxet — the village that the English would name Plymouth — was an open plague grave, and the settlers' first taste of native foods came from the stores left behind by the dead.

Mass death by illness, starvation and suicide begins even before every settler has disembarked from the fetid hold of the Mayflower. Onshore, the community barely survives a harsh New England winter. There's a macabre reason so few of the many who died that season have proper graves. (Spoiler: it wasn't cannibalism. Yay!)

Even as the Plymouth Plantation rises to its feet, it loses its leader and dips into conflicts with the local tribes that will, in a generation's time, turn into bloody war. The specter of future genocide haunts "The Pilgrims" at all times. Add to that the fact that the Puritan's pilgrimage was corrupted from the outset (a good portion of those who came over on the Mayflower were seeking beaver pelts, not salvation), and it's a historic bummer.

And, yet, there's a sweet and defiant humanism at work alongside all these moments that seem plucked from "The Revenant," most of them delivered by the surviving testimony of Plymouth leader William Bradford.

The words of the plantation's governor and unofficial poet laureate anchor "The Pilgrims," revealing a mind keenly aware of the failure of the group's initial efforts, yet absolutely steadfast in its faith in a vision of a New World. Played beautifully by the late Roger Rees — who gritted through terminal cancer to finish the production — his hard pragmatism with boundless idealism positions Bradford as the first true American writer and his "On Plymouth Plantation" the first true American text.

Not to spoil much or give away the great turnaround of "The Pilgrims," it is through his words that this near-forlorn colony becomes something mythic, something integral to our understanding of ourselves. Rees' quiet, yet inflamed, portrayal of him does the same for the film.

So, yes, Burns stains our childhood images of Pilgrims breaking bread with the Wampanoag with starvation, disease, genocide, incompetence and a form of Christianity almost entirely alien to most Americans. Yet he presents those maladies and the plantation's first stabs at democracy as the ghosts of things to come, making the story of these "first Americans" a diorama of all American history. More importantly, he frames Bradford's constant focus on the horizon, on the future, as the beginning of the American mindset.

Throughout, Burns breaks down the falsehoods of our national-origin myth, revealing how — in ways you may not expect — that moment was indeed our birth, for better or worse.

In all its detailed coverage, the idea of a "first Thanksgiving" speeds in and out of "The Pilgrims," presented only as a general likelihood rather than a historical fact. But, hey, given that — as the film says — Thanksgiving didn't really begin in earnest until the Lincoln administration forwarded it as a mid-war morale booster some 242 years after the English Puritan settlers maybe, possibly broke bread with the Wampanoag near the shores of Plymouth Bay, that's only appropriate. Burns calls bullshit on the myth, then gives you enough cheer and hope to down another plate of stuffing.

Right here, right now, this deft ability to pair brutal honesty and generosity makes "The Pilgrims" something more than a seasonal diversion. It may be a necessary one.

"The Pilgrims" is available for streaming on Amazon Prime.