Is Trump blocking a major merger because of his CNN vendetta?

There are plenty of good reasons to oppose mega-mergers — "Trump hates CNN" isn't one of them. 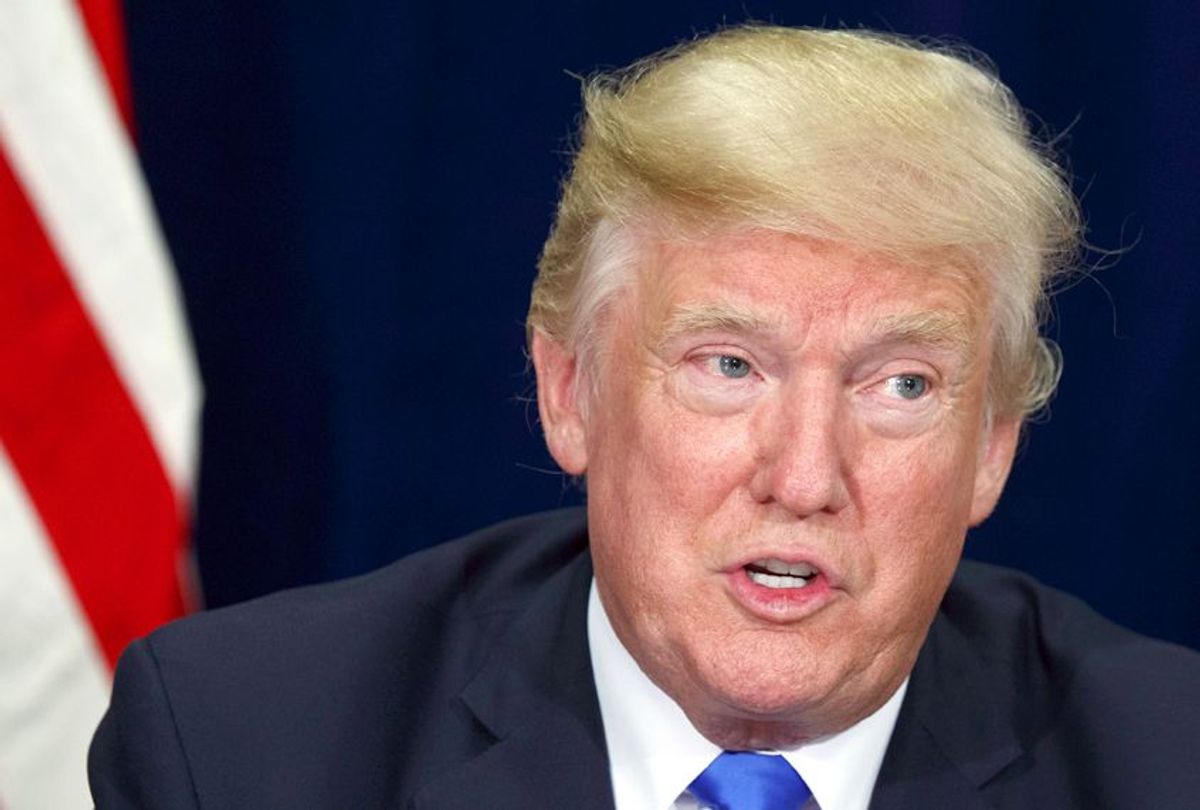 UPDATE 11/20: CNN's Brian Stelter and several others are reporting that the Justice Department will file a lawsuit to block AT&T's takeover of Time Warner.

Did President Donald Trump torpedo AT&T’s purchase of Time Warner as part of an ongoing feud with Time Warner subsidiary CNN? At this point, it almost doesn’t matter. The fact that the question can be raised shows that the damage to the press and to the political system has already been done.

Announced just over a year ago, the $85.4 billion deal would create a media and telecommunications goliath, marrying Time Warner’s film and television studio and popular cable TV offerings including HBO to AT&T’s massive holdings in satellite television, telephone, cellular, and broadband. The resulting company would be larger than Disney or Comcast Corp.

If, that is, the deal goes through. This afternoon, several media outlets reported that the Justice Department is planning to block the merger on antitrust grounds, unless either Time Warner agrees to spin off Turner Broadcasting, the bundle of cable channels that includes CNN, or AT&T sells its satellite television subsidiary DirectTV.

The reported requirement has led some to question whether the Trump administration is retaliating against CNN for its critical coverage of the president.

Attacks on the press have been one of the clearest throughlines of Trump’s campaign and administration, and no outlet has been the subject of more vitriol than CNN. During a press conference in January, Trump shouted down correspondent Jim Acosta, yelling, “You are fake news!” He’s singled out the network and its journalists for vitriol, constantly attacking them for their tough reporting on his administration in interviews, at rallies, and on Twitter, often in particularly disturbing fashion. Trump aide and son-in-law Jared Kushner reportedly tookthose complaints about CNN to a top Time Warner executive earlier this year.

Trump is on the record opposing the deal; during an October 2016 rally, he specifically highlighted CNN’s inclusion while saying he would stop it if elected president “because it’s too much concentration of power.” The comments were unusual as Republicans generally support such acquisitions. In fact, Makan Delrahim, who Trump would later appoint to lead the DOJ’s antitrust unit, said in a television interview that month that he didn’t think the merger posed a “major antitrust problem.” Over the summer, The New York Times provided another clue as to why Trump opposed the deal, reporting that White House advisers had discussed the merger not simply as a legal question but as a “potential point of leverage over their adversary,” CNN.

I am not a lawyer, and have no expertise in whether or not there are legitimate reasons to halt the AT&T/Time Warner deal. According to reports, stopping the merger would defy precedent. But I’m generally disinclined to defend massive accumulations of corporate wealth and power.

Last year, media reform advocates like Free Press and the anti-monopoly expert Barry Lynn wrote to both presidential candidates urging them to scrutinize the takeover if elected, stating that the deal would provide little benefit to consumers and represents “a serious threat to the openness and competitiveness of our nation’s communications systems, hence to American democracy.”

Maybe the president played no role in the DOJ’s decision. Maybe the DOJ’s antitrust division just took that letter to heart. Maybe they’re tapping the breaks on the merger for legitimate reasons. Maybe they’re really worried about how, in the words of the activists’ letter, “the recent history of media concentration is littered with broken promises and higher prices for customers.” It’s possible.

But the fact that the action comes after years of the president’s attacks on CNN, and his recent exhortations for the DOJ to act against his political enemies, render the action suspect and raise serious questions about its legitimacy. And that in itself is incredibly damaging to both the political system and the media environment.

As the Cato Institute’s Julian Sanchez notes, even if the DOJ’s decision had nothing to do with the president’s feud with CNN, it cannot help but create a “chilling effect” on other media outlets. Other multinational corporations with media divisions may now try to restrain their journalists lest they run afoul of government action in the future as well.

This is the sort of systemic corruption that authoritarians create by wielding the power of the state against their political enemies. In the end, businessmen can only be successful by agreeing to yield to the leader, and thereby receiving favorable treatment from regulators while their rivals are destroyed.

“Trump is not going to crush the free media in one fell swoop,” Vox.com’s Matt Yglesias warned shortly after Trump’s election. “But big corporate media does face enough regulatory matters that even a single exemplary case would suffice to induce large-scale self-censorship. AT&T, for example, is currently seeking permission from antitrust authorities to buy Time Warner  — permission that Time Warner executives might plausible fear is contingent on Trump believing that CNN has covered him ‘fairly.’”

A year later, Trump’s bureaucracy is moving against one of the media companies he hates the most. And he has poisoned the well so completely that it’s impossible to view the deal without focusing on that reality.