The Endangered Species Act is endangered

Under Trump, the EPA has evolved into the "unprotecting the environment" agency 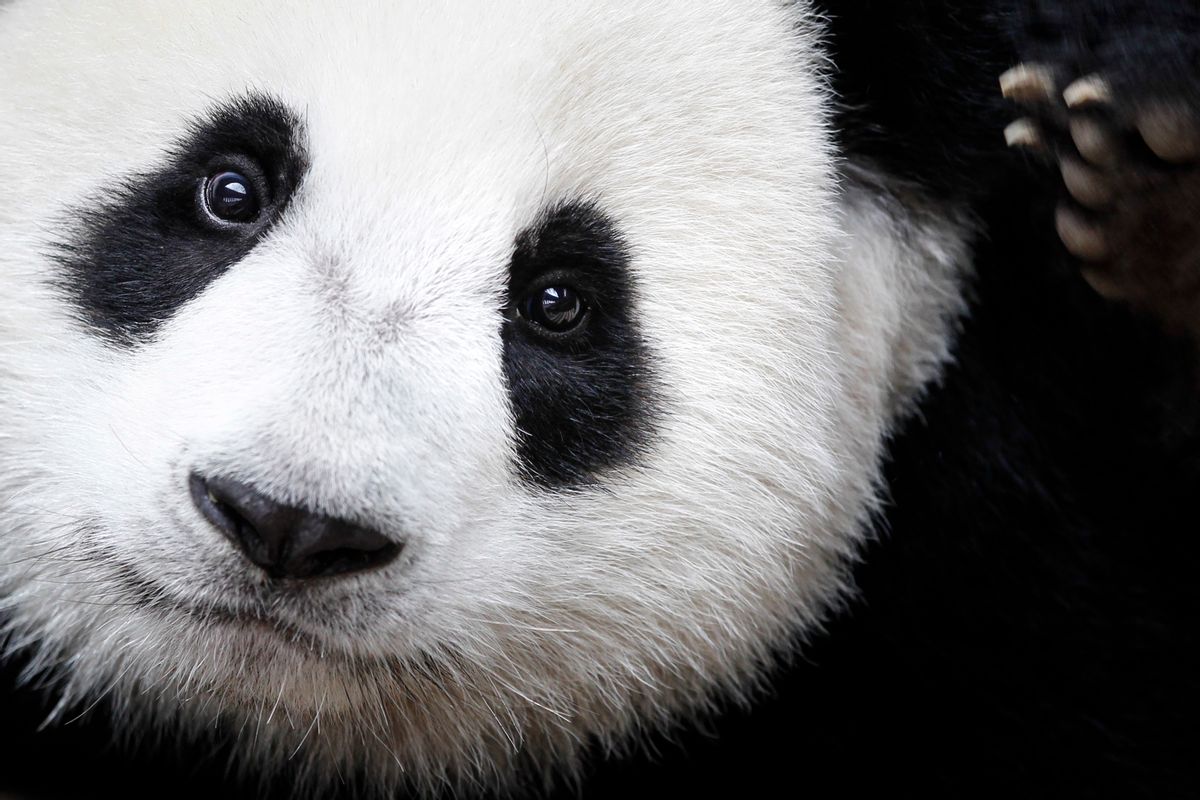 FILE - In this Aug. 23, 2016 file photo, a giant panda named Nuan Nuan is shown at the Giant Panda Conservation Center at the National Zoo in Kuala Lumpur, Malaysia. The giant panda has been reclassified as vulnerable from endangered on the International Union for the Conservation of Nature's list of endangered species, which was released Sunday, Sept. 4, 2016 at the World Conservation Congress in Hawaii. (AP Photo/Joshua Paul, File) (AP)
--

As powerful climate deniers threaten to destroy even the most basic environmental protections, the Endangered Species Act is also under attack, thanks to a series of proposed bills in the House of Representatives. As Climate Central explained earlier this year:

Often photographed clinging to Arctic ice floes as its habitat melts away into warming waters, the polar bear is the poster child for U.S. efforts to save wildlife on the brink of extinction using the Endangered Species Act.

But the act is quickly becoming a target of the Trump administration and Congressional Republicans who have introduced at least 11 pieces of legislation that could weaken it or prevent some threatened wildlife from being protected.

The Endangered Species Act, or ESA, was signed into law by President Nixon in 1973 and helps to protect more than 1,600 plant and animal species considered threatened or endangered. Thanks in large part to the signing of that act, many iconic wildlife species on the brink of extinction have recovered over the past 40 years, including the bald eagle, American alligator, peregrine falcon and gray wolf.

When a bill signed into law by Richard Nixon is under assault in the Trump administration, it is clear how radical this administration and many of its supporters in Congress are. In fact, the Environmental Protection Agency (EPA) was created in December of 1970, during the first Nixon administration. That should give you an idea of just how extreme the current administration has become on environmental matters. Under Trump, the EPA has evolved into the "unprotecting the environment" agency. It is being dismembered by Director Scott Pruitt.

In a nation where money and commodification rule the day, the Endangered Species Act is a rare exception; it is intended to protect species from vanishing due to commercial or government projects and hunting. True, climate change is also a threat to many species — including our own — but as we work to advocate for mitigating global warming, we also need to be providing immediate protections for those species that are most threatened with extinction. The Republican proposals in Congress, supported by the White House, pose a threat to the balance of our biological ecosystem.

One of the leaders in the effort to reverse the Endangered Species Act, Representative Rob Bishop (R-Utah) was featured in an ominous Washington Post article, entitled "Powerful lawmaker wants to 'invalidate' the Endangered Species Act. He's getting close." Central to Bishop's proposals to eradicate the Endangered Species Act is the establishment of a new standard for when to put protections in place: how much money will be lost if a particular species is declared endangered. This means the decision-making on which species are permitted to survive will be openly based on the almighty dollar. As the Post reports, "Olson's bill would demolish a tenet that historically set U.S. species protections apart from those of other countries: Science should be a much stronger factor than money."

The Post reports that under the corporate-friendly Trump administration, which particularly caters to the extraction industry, Bishop is in a more favorable position to get his bills passed:

Unlike earlier GOP attempts to weaken the act, Bishop is poised to realize his ambition because of Republicans' control of both chambers of Congress and the White House. A Senate committee that previously held hearings on modernizing the act is preparing companion legislation, and a president who favors oil-and-gas development on federal land is more likely to sign it into law.

Here, we get to a central issue where climate change denial and the disassembling of the Endangered Species Act overlap. Trump, Pruitt and Bishop are all fossil fuel industry promoters. Bishop has been a perennial promoter of fossil fuel and extraction industry use of federal land as congressman.

Opponents in Congress are frank about the very real threat of the Endangered Species Act being overturned. A National Geographic article notes:

[Endangered Species Act] advocates, including conservation groups and most elected Democrats, warn that Republicans are now gearing up for an unprecedented assault. "The Republicans are pushing bills to divert protection funding, prioritize corporate land development, and sidestep science," says Representative Raul Grijalva, a Democrat from Arizona. "These are blatant efforts to place corporate interests over species survival."

As with so many major political and public policy decisions in the United States, the choice is between unfettered capitalism and survival. In the case of the Endangered Species Act, the wind appears blowing in the direction of a potential fossil fuel industry triumph.